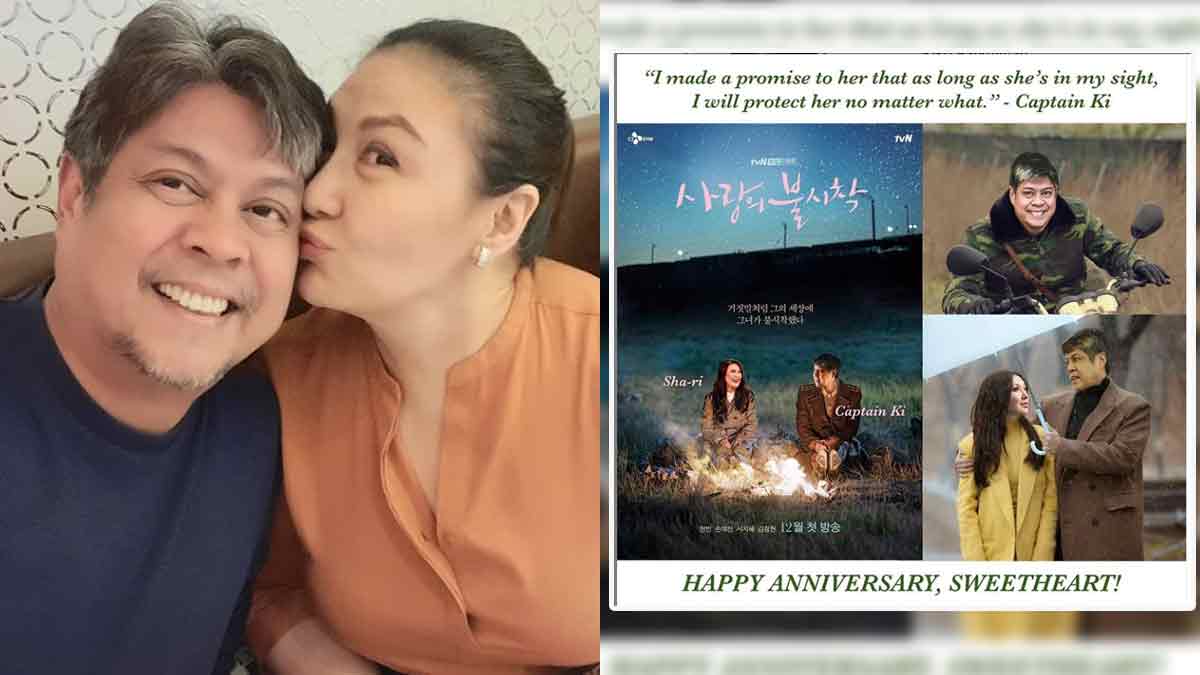 Senator Kiko Pangilinan has pulled off a surprise for his wife Sharon Cuneta.

He takes his cue from the hit Korean drama series Crash Landing on You, which stars Hyun Bin as Captain Ri and Son Ye-jin as Se-Ri.

The senator uses Photoshop to put his face over Hyun Bin's character and Sharon's face on the character of Se-ri.

Borrowing a line from the series, Senator Kiko's anniversary message reads: "I made a promise to her that as long as she's in my sight, I will protect her no matter what."

He continues in the caption: "Happy 24th Wedding Anniversary, to my sweetheart! I love you dearly! hahaha...."

In her second post, the ABS-CBN actress reveals that instead of a bouquet of flowers, Senator Kiko has given her a bouquet of chicharon bulaklak.

They have three kids: Frankie, Miel, and Miguel.

Senator Kiko also acts as a father figure to KC Concepcion, who is Sharon's daughter with former husband Gabby Concepcion.