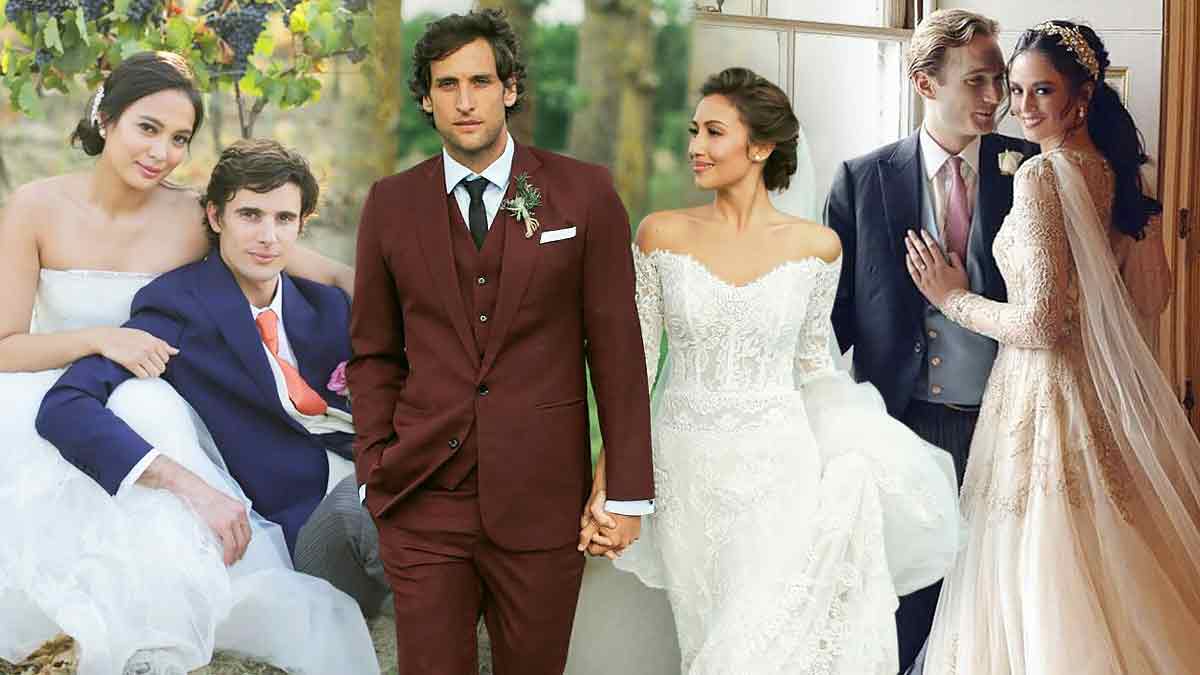 Flashback to the year 2016 when destination weddings were a major trend: (L-R) Isabelle Daza and Adrien Semblat, Nico Bolzico and Solenn Heussaff, and Arthur Burnand and Georgina Wilson held their weddings in picturesque spots in Europe.
PHOTO/S: Pat Dy / @ilovegeorgina on Instagram

Year 2016 was a big one for celebrity destination weddings.

Georgina Wilson, Solenn Heussaff, and Isabelle Daza were brides that year, and each wedding was set in a picturesque spot in Europe.

Let's take a look back at their memorable wedding celebrations:

The Burnands got married on April 30, 2016, at the St. Peter Catholic Church in the Winchester city of Hampshire in England.

In December 2016, months after the wedding, Georgina and Arthur welcomed their first son Archie.

A few weeks after Georgina and Arthur's nuptial, Solenn and Nico took their turn at the altar.

The couple got married on May 21, 2016 at the Eglise Notre-Dame De Combourg in Brittany, France.

The bride wore a wedding dress made by Israeli designer Lihi Hod.

Solenn personally picked up her dress a month before her wedding.

The GMA-7 actress flew to Tel-Aviv, Israel for the final fitting at the designer's atelier.

Four years after their wedding, Solenn and Nico are now parents to five-month-old daughter Thylane.

About four months later, Georgina, Solenn, and their circle of friends were back in Europe.

They flew to Tuscany in Italy for the wedding of Isabelle and Adrien.

Isabelle and Adrian got married at the Chiesa de San Francesco, church in central Lucca, a region in Tuscany.

Their reception was held in Castello di Gargonza, a privately owned Tuscan village.

The months leading up to her wedding were an emotional ride for Isabelle.

Although the wedding preparations were momentarily put on hold, the wedding ceremony pushed through as planned.

A year after their wedding, Isabelle and Adrien announced her pregnancy.

In March 2018, she and Adrien welcomed their son Baltie.

Wedding ceremonies in the new normal

With the COVID-19 pandemic still a public health threat, it may take some time for destination weddings to be an option again.

So far, weddings, baptisms, and other social gatherings in the metro are expected to be intimate and small affairs.

The Archdiocese of Manila released guidelines for religious activites last May 6, 2020.

The bride and the groom are not allowed to have entourage, while only the parents, their child, and one set of godparents will be allowed for baptisms.

On top of that, it is unclear when the international air travel will normalize.

As of now, outbound international flights are limited to only foreign nationals, permanent residents and student visa holders, and overseas Filipino workers.