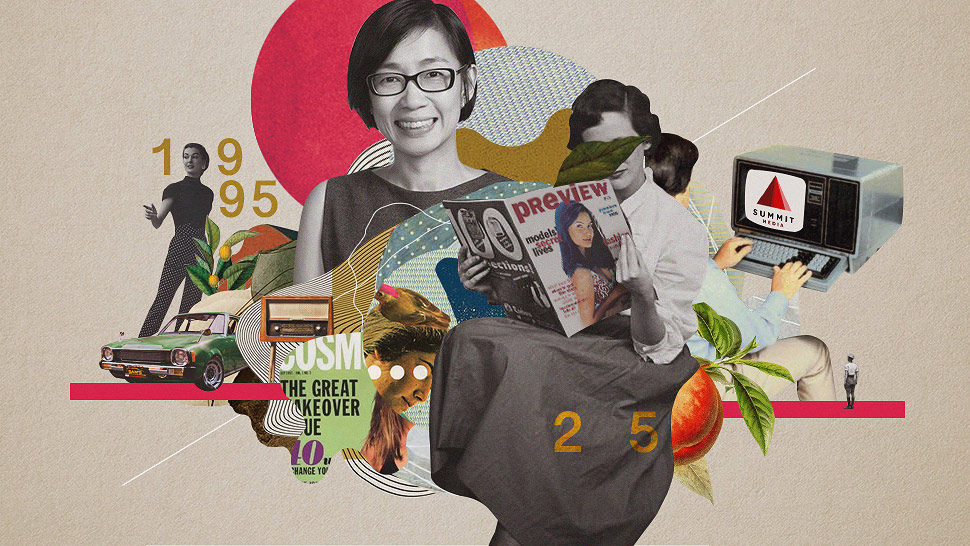 Twenty five years ago this month, in June 1995, a new glossy magazine made its debut on the newsstands of Manila, standing out among the newsprint publications of that time. 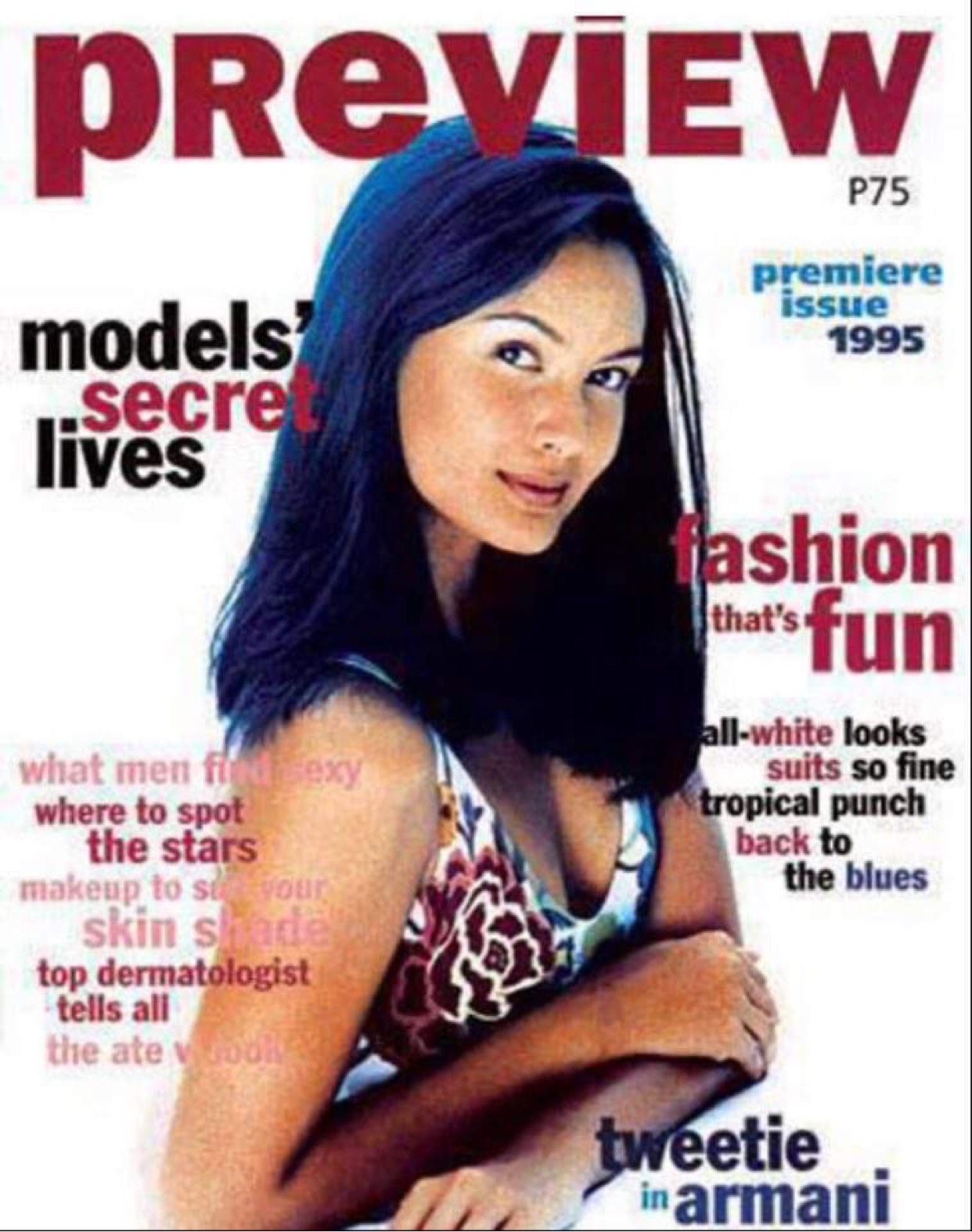 At the time, the Philippine market was opening up to more fashion brands, both local and international, and newspaper journalist Lisa Gokongwei knew these new brands would need a medium in which to advertise.

A magazine junkie all her life, Gokongwei, who had recently moved home from the publishing capital of New York, knew exactly which medium would work.

“Every southeast Asian country already had a flourishing magazine industry, and I thought it would be fun to have one of our own. Besides, there was a rationale for business. We didn’t need much. All we needed was a backroom, three old Macintoshes, and some really good editors,” she says.

With an investment of one million pesos from her father, businessman John Gokongwei, Jr., Lisa Gokongwei entered the new frontier of glossy magazine publishing with Preview, the first title of the new Summit Media Group. Lisa Gokongwei, then 26 years old, was president.

Impressed by the locally published Preview, Hearst signed a partnership with Summit Media. 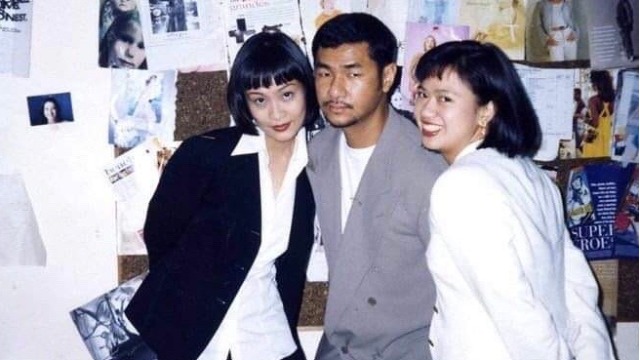 “Cosmo Philippines had to meet the same international quality standards as Hearst partners all over the world.”

The bar was set, and met, with flying colors.

In 1999, as more and more people were introduced to the internet, Summit Media went digital with its very first online title, Female Network, a community for self-made women.

One by one, digital counterparts were created for Summit’s most popular brands, and digital-first brands PEP.ph, Spot.ph, stylebible.ph, and spin.ph hit the ground running.

Summit Media went into books, many of which became bestsellers, and outdoor media, which uses prime real estate for advertising.

Today, those two groups are two of Summit’s strongest pillars.

In April 2018, Summit Media announced its full digital transformation and bid a bittersweet farewell to its print editions.

“It’s all about content. We are still dedicated to delivering great content to our readers, it’s just being consumed in a different way. Ninety percent of our readers now read on their phones, and we know exactly what they want to read because we have data to back it up,” says Gokongwei Cheng. “It’s all about data. We are reaching bigger, wider audiences than ever before.”

“Summit Media is all about innovation. It’s part of Summit’s DNA to innovate,” says Gokongwei Cheng.

As Summit Media continues to make waves in the digital world with over 31 million unique users on its websites and 32 million followers on its social media platforms, Gokongwei Cheng brought in Chief Executive Adviser Ashish Thomas, a seasoned veteran in data, artificial intelligence, digital advertising and monetization, and an alumnus of Google, Microsoft, InMobi, and SingTel, among others. 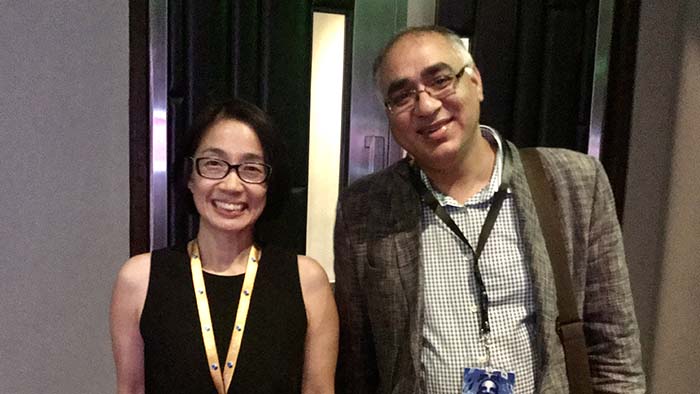 “What made me decide to come on board was the leadership and thinking that Lisa has established with some of the bold steps taken in a timely matter to shut down print, and then, not just stopping at that, but pushing through with the imperative of the need for constant evolution in the space by embracing technology,” says Thomas.

“Additionally, the collective horsepower within the organization and its people who constantly want to learn and grow.”

Summit Media has continued to operate non-stop through the COVID-19 pandemic, and in the era of disinformation and restricted movement, launched a news brand, reportr.world.

“The pandemic hit hard, and our team responded on Day Two, with every member of the company doubling down and accelerating and introducing new concepts that would be meaningful for our customers and consumers. We were able to move forward with both revenue and our userbase,” says Thomas.

“Summit’s future is brighter than before because our people have demonstrated great resilience in the face of adversity. The pandemic has made the organization stronger and more agile. The future of media is bright for those who embrace change with a consumer-first mindset.”

“We are where we are because of everyone we have worked with over the last 25 years,” says Gokongwei Cheng. “Thanks to Summiteers, past and present, and so many freelance creative talents—writers, editors, book authors photographers, stylists, hair and makeup artists. We also thank our advertisers who have supported us all these years. And most of all, we thank our audiences who consistently read what we create. You are the reason we continue to do what we do. And we are grateful.”