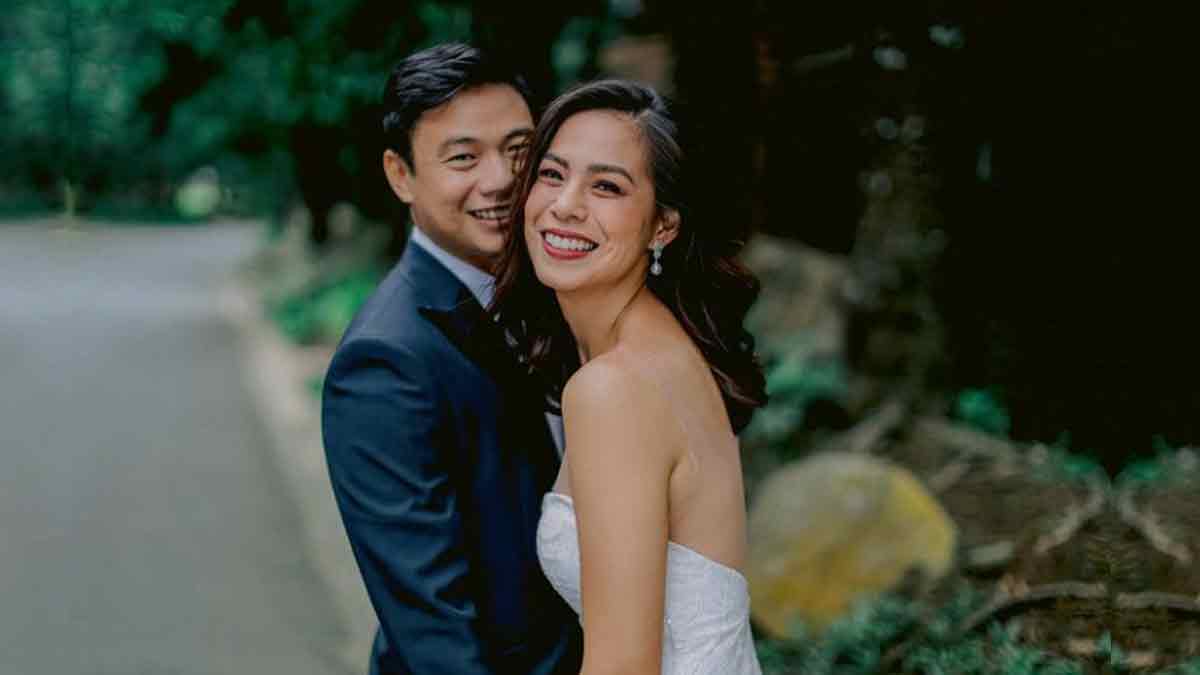 Bettina Carlos and Mikki Eduardo share a very private moment before walking down the aisle, breaking the tradition of the bride and groom being kept apart until the wedding ceremony.
PHOTO/S: @patdy11 on Instagram

Bettina and husband Mikki Eduardo got married "TWICE and on the same day" on December 2, 2020.

The couple tied the knot twice in Tagaytay Highlands. 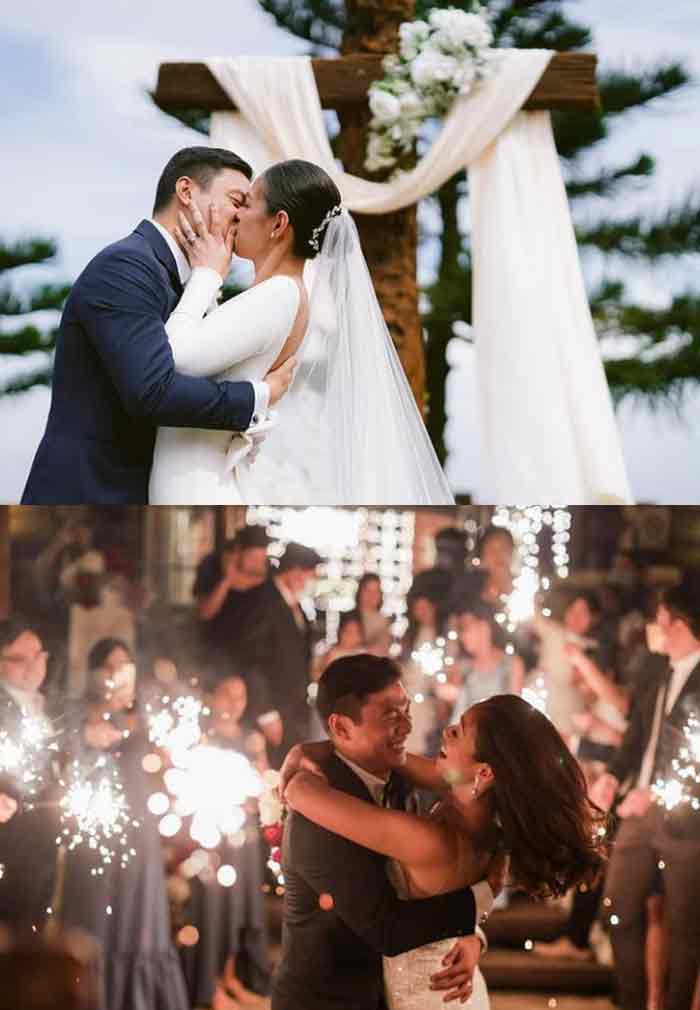 Traditionally, the bride and groom are kept apart until the day of their wedding itself.

But in one of her posts, Bettina recalled that tender moment she and Mikki alone shared before walking down the aisle.

She described it in her post as their FIRST LOOK.

Bettina wrote: "It was @mikki.e.eduardo 's idea to have a FIRST LOOK.

"Basically the groom sees the bride first and privately before everyone else does.

"Traditionally the groom only sees the bride when she walks down the aisle.

"But Mikki and I want to fully appreciate each other first."

She added, "Besides they all say a wedding is so fast.

So to slow it down a bit and savor the sight of each other, we chose to do this.

"Both equally emotional. The morning one more of mysterious anticipation and the second more of peaceful joy." 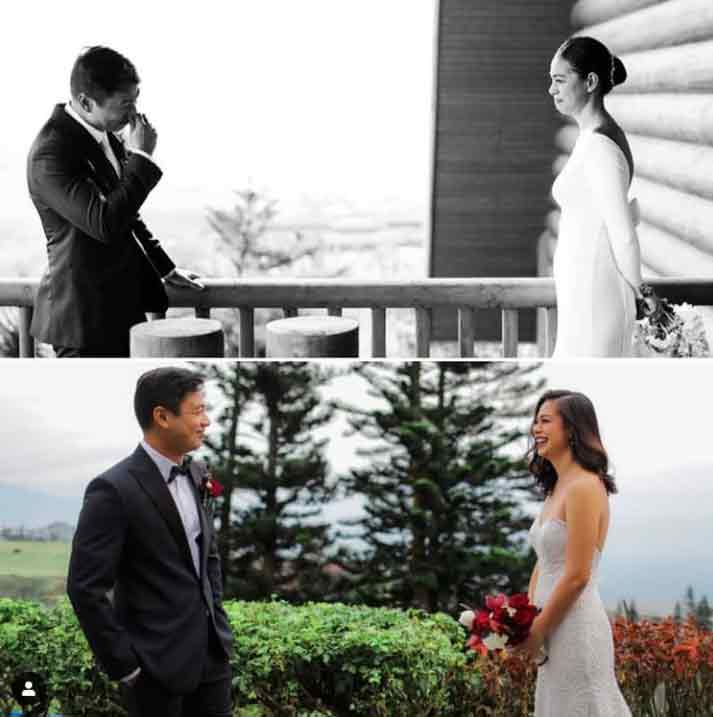 That "first look" meant a lot for the newly married celebrity mom.

For one, it helped Bettina calm her nerves.

She said in her post, "I was shaking inside for some reason, other than the wind being so strong.

"Besides, nothing calms me down more than talking to and being with my bestfriend and holding his hand."