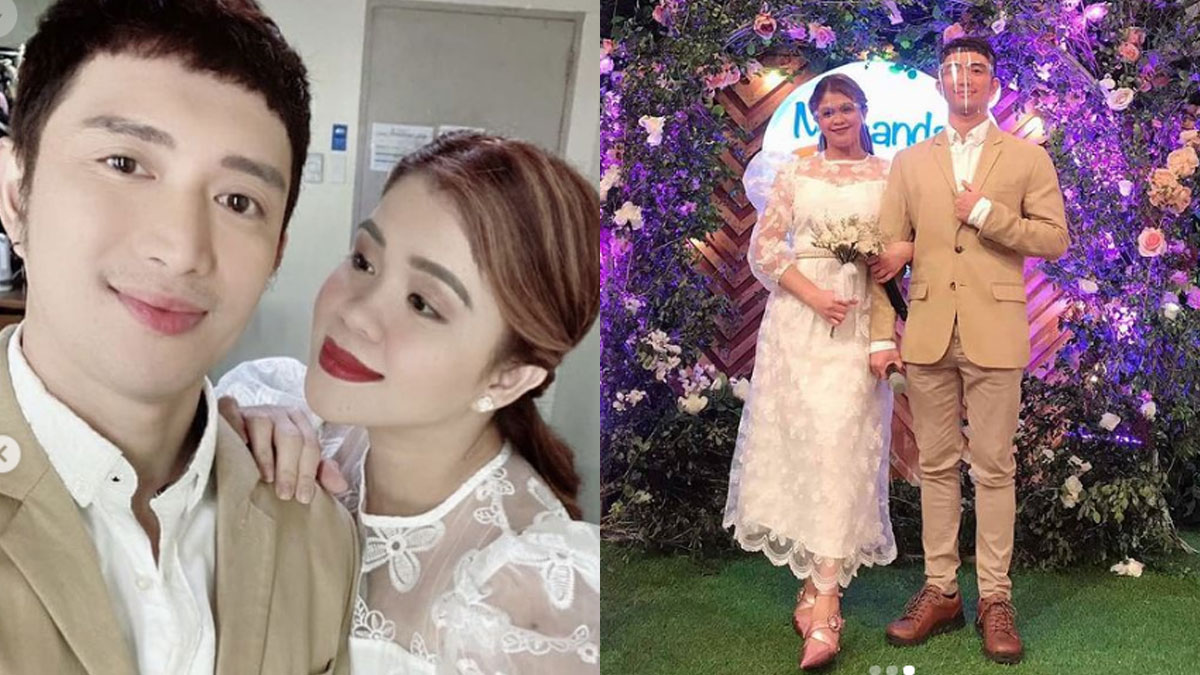 The couple got married on the same day in 2013 in the hometown of Melai in General Santos City, four years after they met as housemates in the Kapamilya reality show Pinoy Big Brother: Double Up in 2009.

True to her fashion, Melai's vows to Jason were tinged with humor.

She used lines from some of her favorite songs, including American singer Monica's 1997 hit "For You I Will."

Melai made everyone laugh even more when she mixed in the lyrics of popular K-pop songs in her vow expressing undying love for her husband.

A huge BLACKPINK fan, she used the lines from the group's hit songs, including "How You Like That," "Kill This Love," and "Ice Cream."

The unstoppable comedian also used some of the lyrics from "Dynamite," the latest chart-topping hit of the K-Pop boy group BTS.

"Si Lord ang center sa buhay natin and promise you to cross the ocean for you and be your hero and your strength, anything you need.

"Papang, always kong ipagdarasal na for you and me, we will not kill this love. Rampapangpapaangpapang.

"So Papang, for me you are always shining through the city with a little funk and soul and you will always be the one to light me up like a dynamite.

"I love you. Seryoso ako sa sinasabi ko. Papang, I love you so much."

For his part, Jason renewed his promise of unwavering love for Melai, her parents, and their family.

"I love you and I love your parents and our babies and soon to our more babies."

Melai actually used song lyrics for her wedding vow to Jason during their 2013 wedding. She included some lines from P!nk's ballad "Just Give Me A Reason."