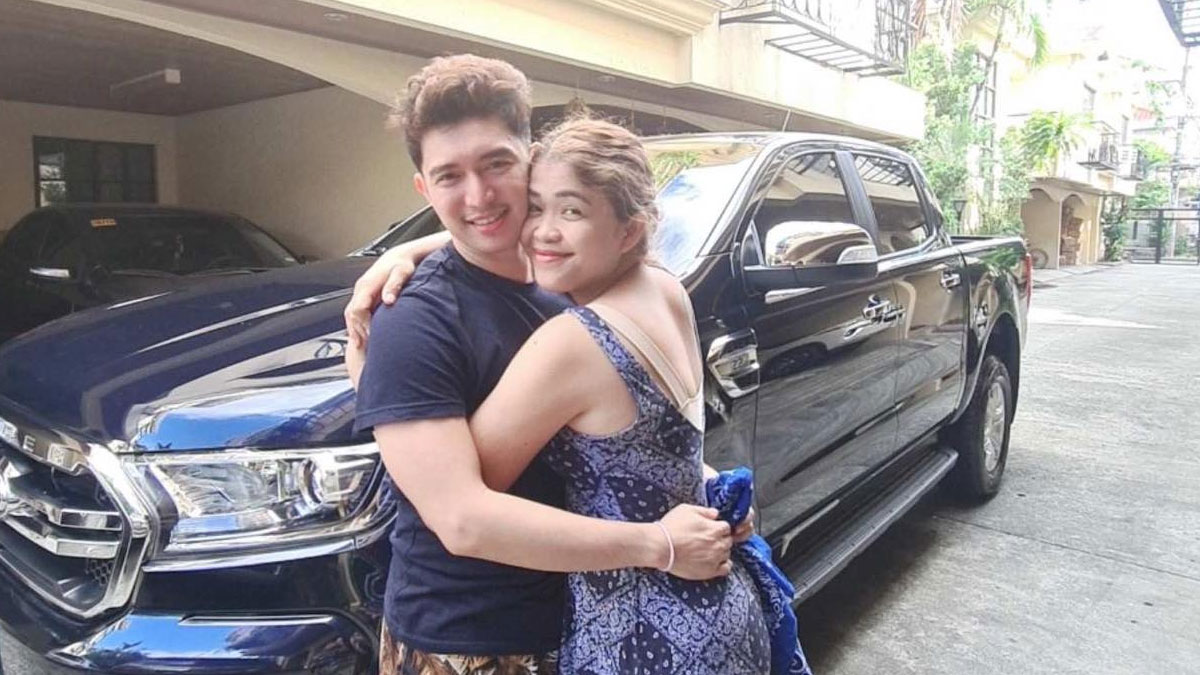 Magandang Buhay host Melai Cantiveros surprises her husband Jason Francisco with his dream car. Melai documented her husband's reaction on video and uploaded it on their official YouTube channel on January 4. 2021.
PHOTO/S: Jason Francisco on Facebook

On Monday, January 4, 2021, the couple updated their official YouTube channel with a vlog about Melai's surprise to her husband.

In the video, the ABS-CBN host-comedienne was seen asking Jason what gift he wants to receive for Christmas.

Melai felt kilig after hearing Jason's answer, but she insisted on asking him his Christmas wish.

He eventually told Melai he wants to travel and get a pet dog and fish.

As the video went on, some members of their household could be seen secretly taking a video of Jason as they waited for the arrival of his brand-new car.

When the car arrived, his first reaction was, "Hay nako, pa-surprise-surprise niyo."

Jason was obviously thrilled to see his new car but he kept his composure.

On Tuesday, January 5, 2021, Jason uploaded more photos of his new car on his official Facebook account and thanked his wife for her surprise gift.

Jason cheekily wrote, "To my sweetest chickz ,thank you [emoji]( I can pick you up anytime .. ) - Unli jerjer later wify [emoji]"

Melai and Jason have been married since December 2013. They have two daughters, Mela, 6, and Stela, 3.

Both Melai and Jason are busy with their respective careers. Melai is one of the main hosts of ABS-CBN's Magandang Buhay with Jolina Magdangal and Karla Estrada.

Jason, on the other hand, is part of GMA-7's upcoming Kapuso drama series titled Owe My Love.