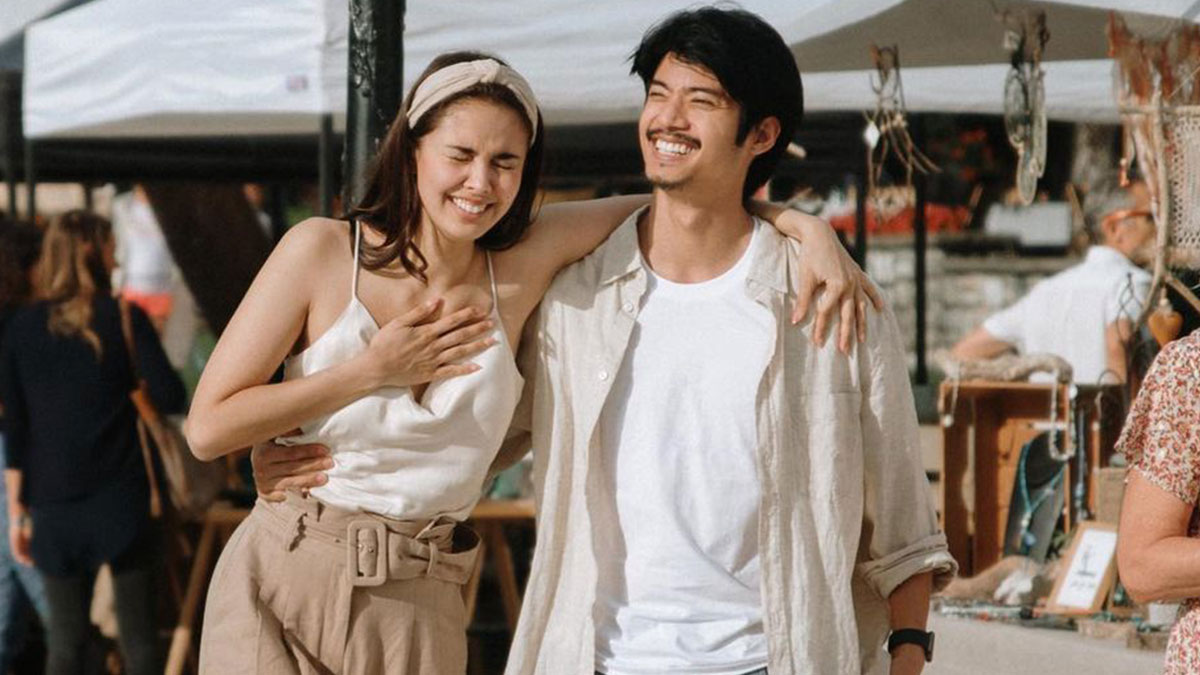 On Wednesday, January 6, 2021, they marked their 10th anniversary as a couple and Mikael's 33rd birthday.

In an Instagram post later that day, Megan penned a touching message for her husband on their special day.

She wrote, "Happy happy birthday to the one person I know that doesn’t remember his birthday or even cares to celebrate it [emoji]

"Fofo always says, 'why celebrate one day of my life when I can celebrate and be thankful EVERYDAY? [emoji]'

"Some people can’t believe that he doesn’t celebrate his birthday, but it’s always a nice surprise when the both of us eventually remember [emoji] #happybirthdayfofo #anniversarydinnamin #happytenthanniversary"

For his part, Mikael shared in his IG post the story behind a never-before-seen photo taken at their church wedding reception last January 25, 2020.

He wrote, "HAPPY ANNIVERSARY BONEZ! To celebrate my 10th anniversary with Boneezy, i’d like to look back at what happened a year ago.

"Unfortunately, not much can be remembered as my wife spent most of her night looking like this during our wedding reception.

"Buti na lang, masunurin akong asawa and i followed suit by knocking out shortly after as well.

In a previous interview with PEP.ph (Philippine Entertainment Portal), both Megan and Mikael recalled the first time they met at a fashion show on September 28, 2010.

They officially became a couple on January 6, 2011.

But Megan and Mikael had kept their relationship low-key at that time to maintain in public mind their individual profiles as actors.

On January 10, 2021, Megan and Mikael celebrated their first wedding anniversary.

Megan and Mikael first got married in an intimate wedding ceremony at Calaruega Church in Tagaytay City. The wedding was attended by only 10 people consisting of their closest family members

Megan dedicated another touching post to her husband on Instagram in celebration of their first wedding anniversary.

The Kapuso actress wrote in the caption, "One year married to my Fofo and officially 10 years together [emoji] Sabi ko kay Fofo, it’s crazy how we’re growing old together.

"We sat in silence for just a bit, thinking about the days and years ahead. I then looked at him and we were both teary eyed [emoji]

Meanwhile, Mikael uploaded a photo from their prenup shoot in the alpine town of Annecy, France, taken in 2019.

In his caption, he teasingly greeted Megan, "Happy 10th, MadamBonez"

Aside from their Calaruega Church wedding, Mikael and Megan had another intimate wedding ceremony held at San Roque Chapel in Subic, Zambales on January 25, 2020.