Seve Soriano upstages aunt Alex Gonzaga at her own wedding 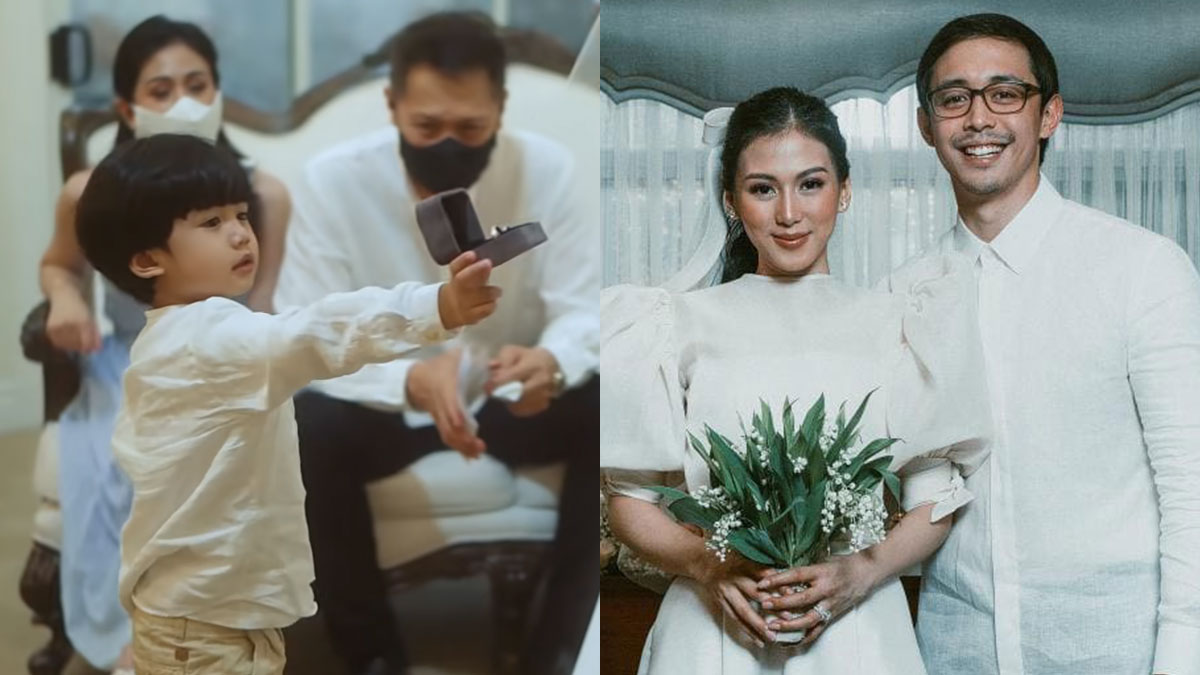 Four-year-old son Seve, guided by her mom Toni Gonzaga and dad Paul Soriano, as ring bearer at the wedding of Alex Gonzaga and Mikee Morada in November 2020.
PHOTO/S: Screengrab from YouTube / MyMetroPhoto

The role as ring bearer at his aunt's civil wedding ceremony suited Seve to a tee.

Also in the video was Seve's dad, director Paul Soriano. 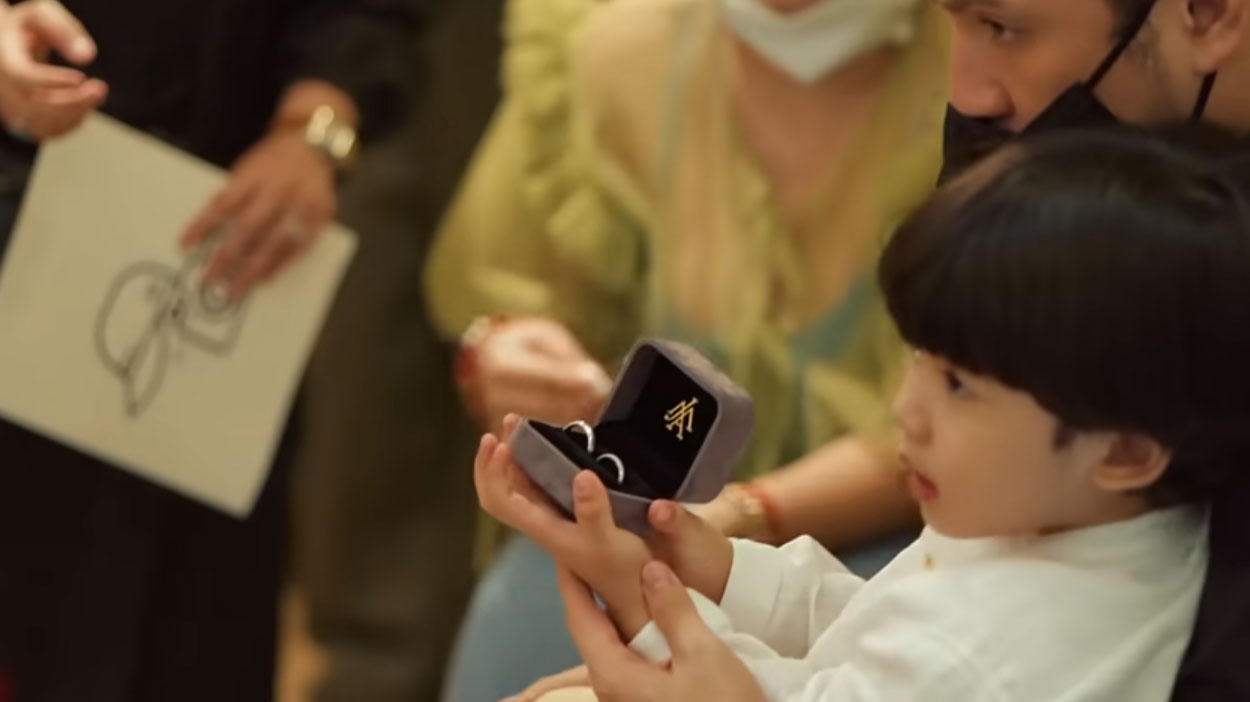 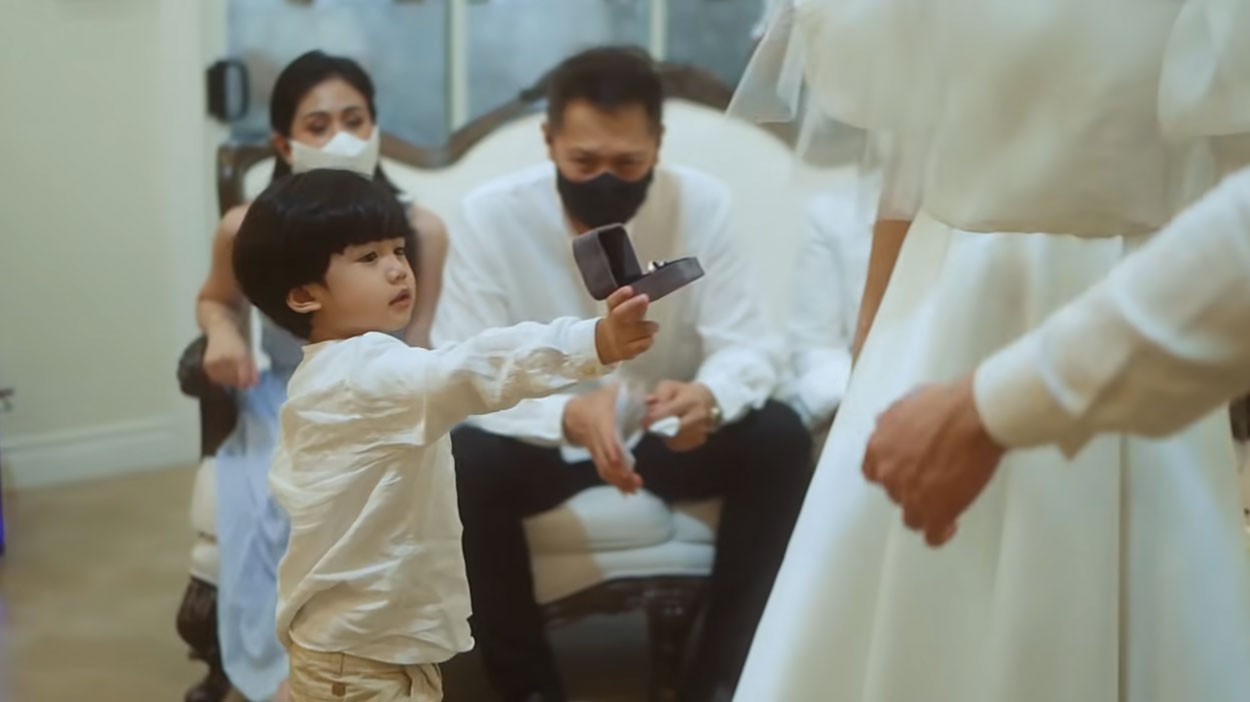 Seve's participation was actually Toni's promise to Alex, but she had one condition,

The 33-year-old Kapamilya star added that her sister Toni also approved of Mikee.

In an Instagram post on January 17, 2021, Toni wrote, "Congratulations Mikee and Cat! Seve has a new tito! Yey! Welcome to our family."

Alex and Mikee dated for four years before they got married.

The comedienne and the politician first announced their relationship in 2016, and got engaged in December 2019.

They were supposed to get married in October 2020, but it was postponed because they both tested positive for COVID-19.