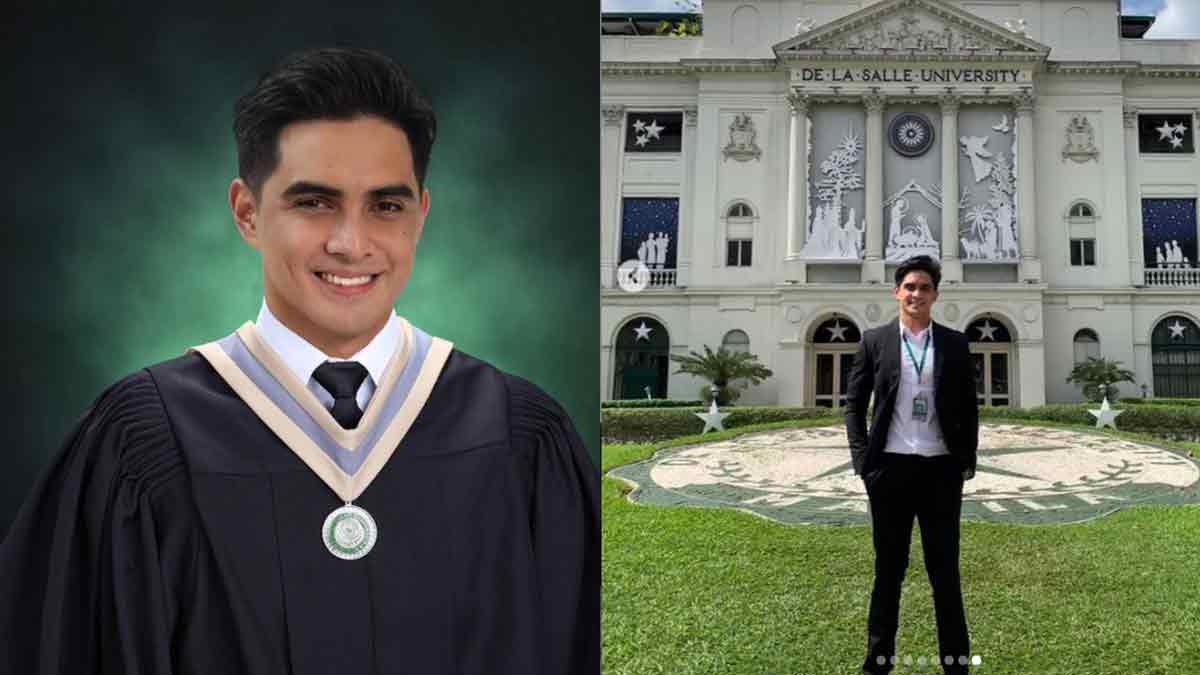 Juancho Trivino is finally a college graduate. He holds a bachelor's degree in Entrepreneurship.
PHOTO/S: @juanchotrivano on Instagram

Juancho Trivino has finally fulfilled his dream of earning a college degree.

It took him 12 years to graduate with a bachelor's degree in Entrepreneurship from De La Salle University.

His college journey started in 2009 when he enrolled at the Laguna campus of De La Salle University.

But midway through his journey, Juancho tried his luck in showbiz and his studies were put on hold.

A couple of years later, Juancho decided to give college another try. He wrote in his post, "I wanted to finish what my parents worked so hard for me to go through, to put me in a good school."

With this in mind, the actor cross-enrolled from the Laguna campus to the Manila campus of De La Salle University.

It was during these years when Juancho realized that "life is not one dimensional."

He became a working student, operating "with no sleep and drinking vendo coffee to keep me awake and Balance my sheets (accounting reference)."

There were moments when he would come from Pangasinan and go straight to the set of Unang Hirit. If he was running late for school after his hosting duties on the morning show, he would backride on a motorcycle just to make it to class.

Even though Juancho did his victory lap during a pandemic, the GMA-7 talent was still proud of his achievement.

He wrote (published as is), "After 12 years, natapos din, kahit via zoom lang ang graduation ko after all those years of waiting - Gusto kong i-alay to sa Diyos at sa magulang ko.

"@pattytrivino and @acaciadad and I also want to encourage others, there's always rainbow after the rain. It might not be the ideal time for me but God has his perfect time for us. On to the next challenge!"