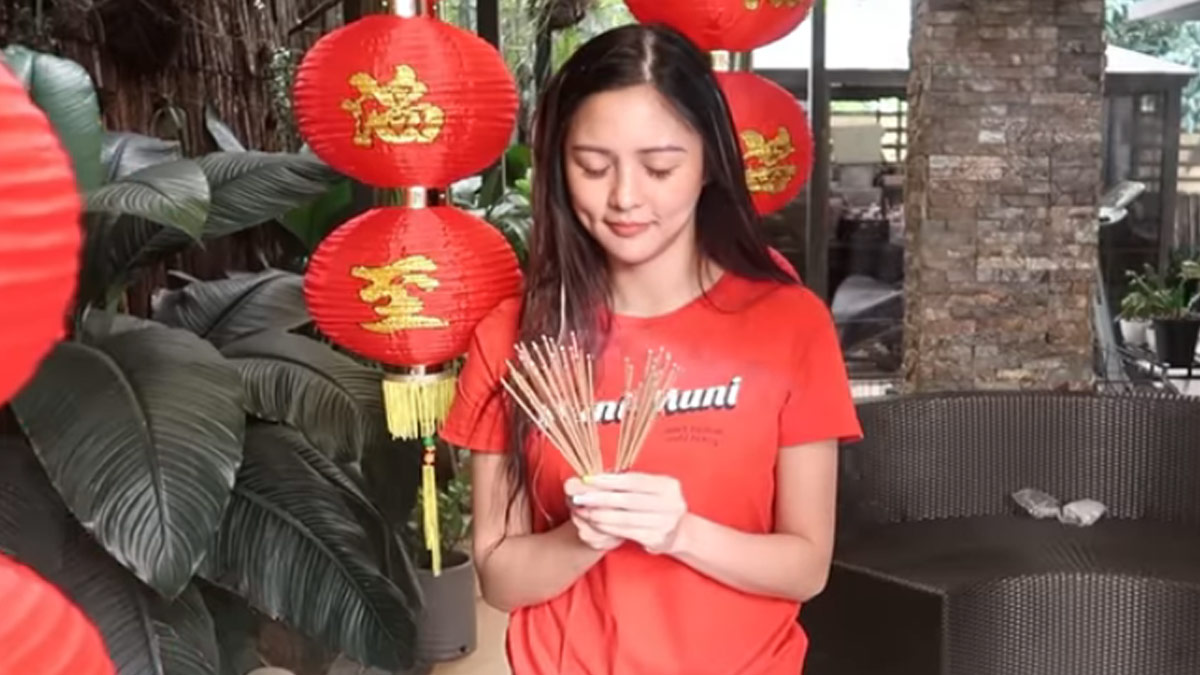 Kim Chiu and her family religiously keep up with age-old traditions to bring in the good tidings of Chinese New Year.
PHOTO/S: Kim Chiu on YouTube

As Chinese New Year approaches, Kim Chiu is busily making the final preparations for the rituals she and her family have been setting up since the start of February to welcome the Year of the Metal Ox.

In a vlog on YouTube dated February 6, 2021, Kim shared some of the traditions her family religiously follows every year.

This 2021, Chinese New Year will be celebrated on February 12.

PROSPERITY BASKET A MUST

First on the list of Kim was, of course, to fill the Prosperity Basket, which she made sure is placed on the luckiest area of their house.

In feng shui, an overloaded Prosperity Basket means an abundance of wealth. It also makes sure that there is a constant inflow of wealth.

In her vlog, Kim said, "We always have this kapag bagong taon."

Her sister, Lakam, added, "Prosperity basket is a must kasi dito ka magtatanim ng buong luck mo for the entire the year. 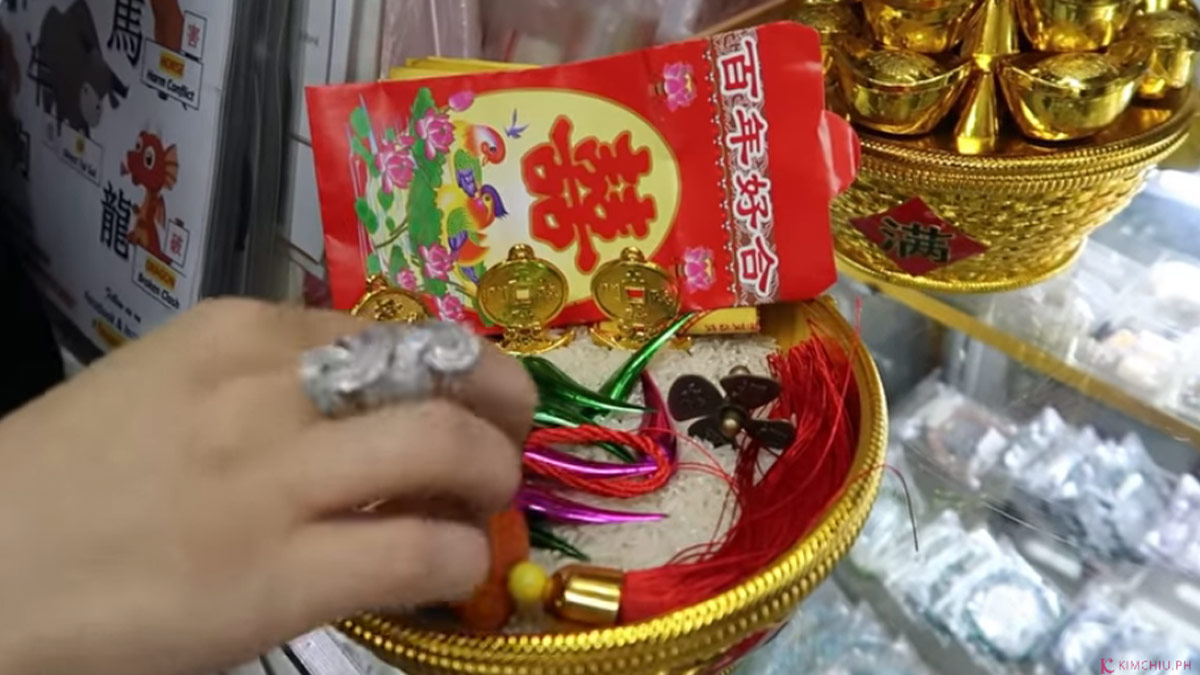 To enhance her career, finance, and travel luck, Kim has also been "recharging" her feng-shui enhancers—horse statues and figurines—with the smoke of sandalwood incense.

Kim's instruction was: "In order to charge, iikot natin ito ng counter-clockwise, but, first, say your intentions, kung ano yung gusto mo. Pray from the heart and everything."

To end the ritual, Kim said thank you by bowing three times towards the sky.

The sandalwood incense is also useful in sanitizing second-hand or pre-loved items.

TIKOY, PONKAN TO ROLL IN MONEY, anything bilog

Kim also shared some of the food they've been preparing for the Chinese New Year.

"Basta on that day of February 12, kumain ka ng Tikoy."

Noodles or Pancit is "for long life," which is why it is also always present in birthday celebrations of Filipino families.

To be sure, round fruits such as Ponkan or Kiat-kiat fill the food basket.

Kim said her family has made it a tradition to roll the Ponkans from their main door going to their house.

Greens and round-shaped dimsum will also be on their dining table.

In feng shui, the wishing paper ritual is done by writing your full name on a wishing paper along with the list of all your wishes for the year.

The wishes or intentions should be written in full detail. The wishing paper should be burned by the strike of 12 midnight of the Chinese New Year's day.

Meanwhile, the areas that aren't lucky for Kim are southeast, north, and northwest.

WHAT A FENG SHUI MASTER SAYS

To find out which areas of her house are lucky, every year Kim consult with various feng shui experts.

One of them is Johnson Chua of Fengshui Sunrise in Binondo, Manila.

In her vlog, Kim said, "First, ang ginagawa ko is to visit a feng shui expert, which I always do yearly.

According to Master Johnson, the Year of the Metal Ox is generally a good year, but people should still be cautious. 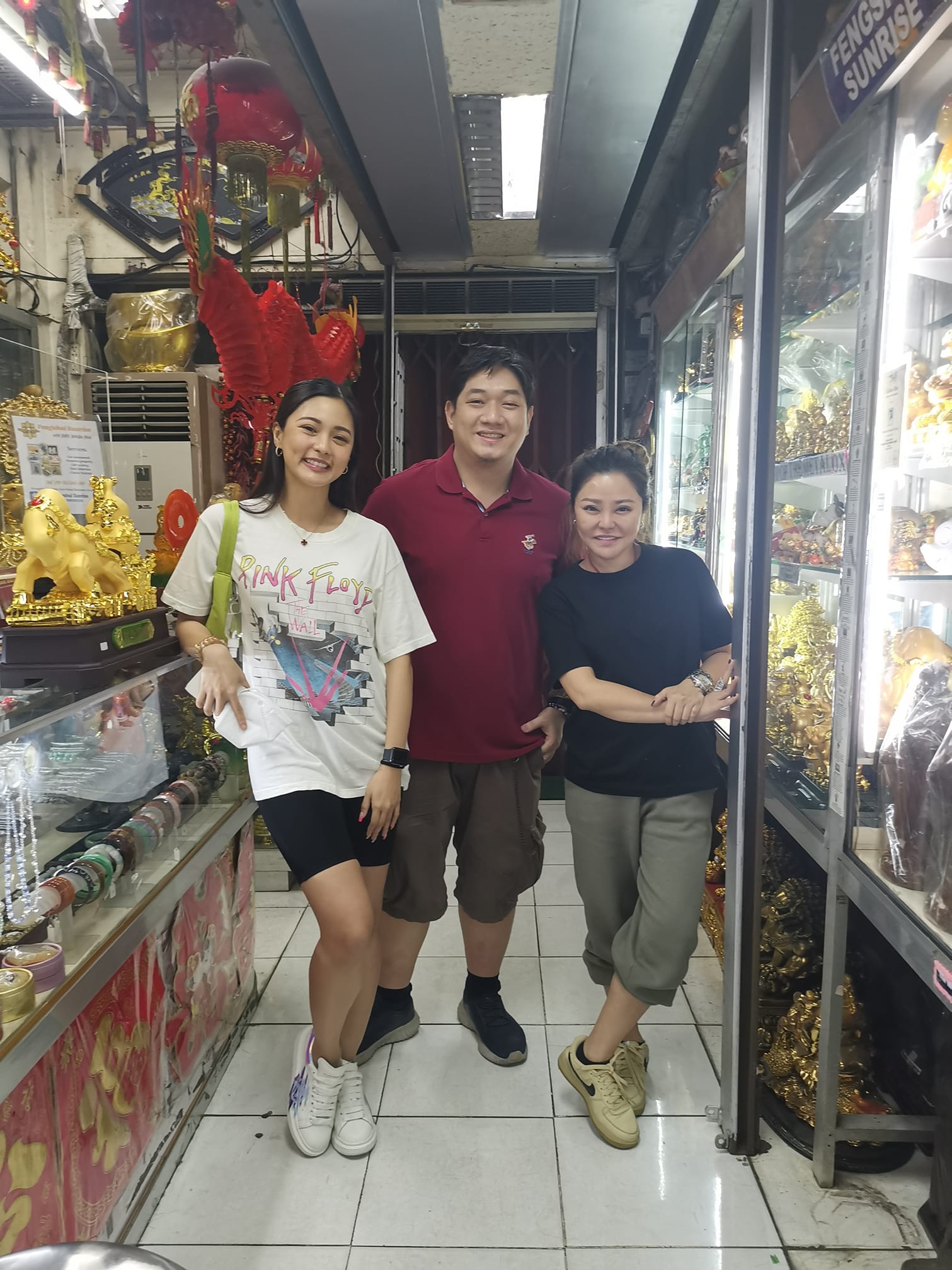 IS YOUR CHINESE ZODIAC LUCKY THIS YEAR?