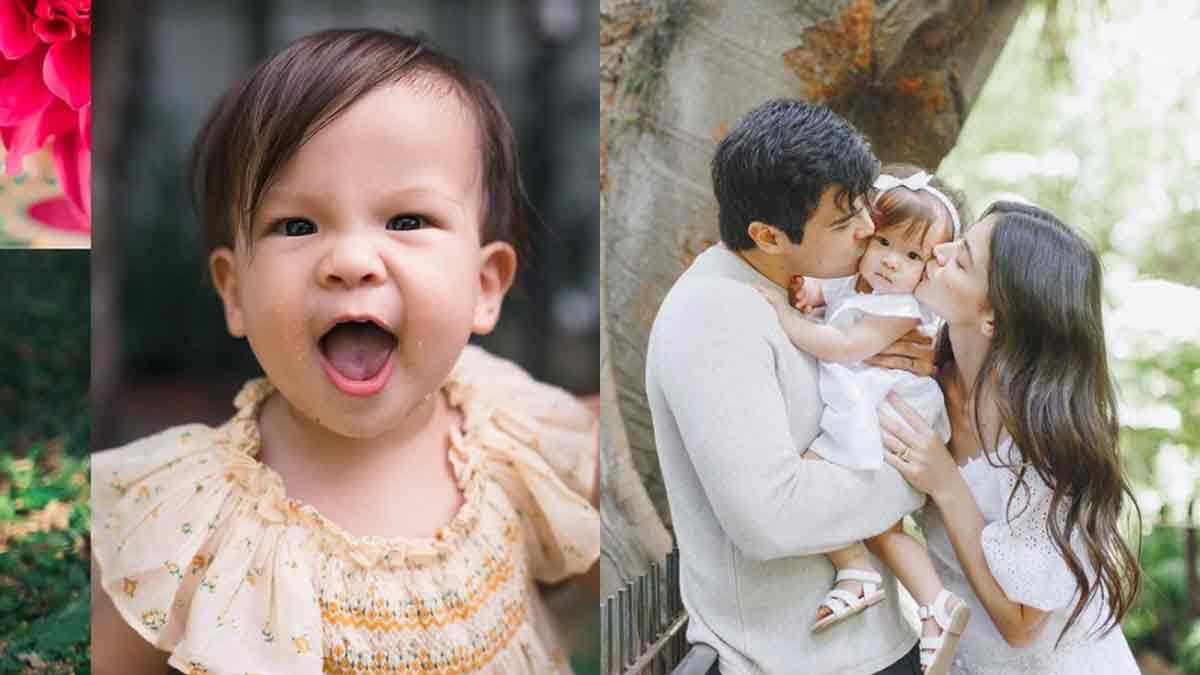 Dahlia Amelie Heussaff celebrates her first birthday in Manila. The daughter of Anne Curtis and Erwan Heussaff was born in Melbourne, Australia, on March 2, 2020.
PHOTO/S: @erwan / @annecurtissmith on Instagram

Dahlia Amelie, the daughter of Anne Curtis and Erwan Heussaff, celebrated her first birthday on March 2, 2021.

As were her monthly celebrations in a run-up to her birthday, Dahlia posed beside a floral arrangement indicating her milestone.

Anne gushed in her Instagram caption: "She owns every little bit of my heart.

"I love her to the moon and back infinity times."

The celebrity mom then quoted from one of her favorite books she reads to Dahlia: "I'll love you forever,

The dad, meanwhile, looked back to the past year "when absolutely nothing went according to plan, except for this little bright light."

Erwan wrote that Dahlia's presence made him feel like "a student again" with her as his teacher.

A year of Dahlia

Before the world went under lockdown, showbiz fans heard the happy news that Anne had given birth to her baby girl in Melbourne, Australia.

Anne and Erwan savored their first moments as parents privately, keeping Dahlia's face hidden from public view for a time.

Then in April 2020, Anne posted a photo of Dahlia on Instagram.

She wrote in her caption: "Hope this brings a smile to your face today."

In the photo, the month-old Dahlia lay beside a vibrant floral arrangement forming the number "1."

It would be the same setup on the same day each month, with the floral arrangement forming the appropriate number.

For Anne's followers, it's been their monthly dose of sunshine from Dahlia.

They see Dahlia growing up and developing her own personality.

On Dahlia's fifth month, Anne revealed how "likot likot" her daughter has become: "Soon after this picture was taken, she kicked off her shoes AND SOCKS and then kicked the flower arrangement I took an hour putting together. Kulit kulit little girl"

On her sixth month, Dahlia was already sitting up to the delight of her mom.

Anne wrote in her extra emotional caption: "I feel like it was just yesterday that I gave birth and held this sweet little girl in my arms for the first time... and just like that, half a year has gone by.

"Mixed emotions of excitement to seeing her grow and experiencing all her milestones BUT also wanting to keep her as my little baby."

For the next half of the year, Dahlia began to show her bungnisgnis smile for the camera.

Now a handful, Dahlia has been giving her mom and dad a hard time keeping her still for a photo.

It's been all worth their efforts, oh, those "beautiful eyes."

Dahlia will always be Anne and Erwan's dose of "rainbows and sunshine," with the "occasional storm" in between to break the monotony.

As Dahlia approached her first birthday, Anne was happy to have an "11 month old bookworm."