Celebrity dads with the most number of kids

by Nikko Tuazon
Jun 19, 2018
(L-R) Robin Padilla has seven children, while Christopher de Leon has ten kids—four of them are adopted.

"The more, the merrier," the catchphrase goes.

This seems to be the case for some of our local celebrity dads who went on to have supersized families.

As we pay tribute to our well-loved fathers this month, PEP.ph (Philippine Entertainment Portal) lists down celebrity dads with the most number of kids.

The late Filipino basketball player Lou Salvador Sr. is said to have fathered over 100 children from as many as 49 women.

In an interview with PEP.ph (Philippine Entertainment Portal), actor Phillip Salvador said he was able to meet all of his siblings when their father passed away.

Portia, who served as the spokesperson of former Senator Ramon "Bong" Revilla Jr. at that time, added that only 38 were acknowledged and carry his surname.

In an earlier interview with PEP.ph in 2008, one of the former senator's daughters Rowena Bautista-Mendiola said, "It's actually just 45. I have a list, e... we're only 45." 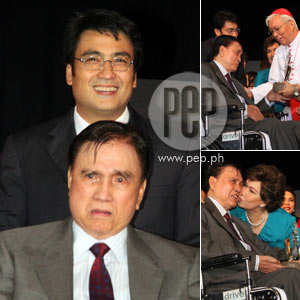 The King of Comedy Dolphy Quizon had 18 children with six different women.

He had another four with Pamela Ponti—Ronaldo (Ronnie), Enrico (Eric), Madonna (Donna), and Jeffrey (Epi).

In the 1960s, he had a son with Evangeline Tagulao named Rommel. In 1984, he had a child with Alma Moreno named Vandolph.

Meanwhile, other sources including the12list.com and topten.ph say he also has a daughter named Joan, supposedly with Mary Ann Murphy, and a son named Jason with a flight attendant known as "Larena." 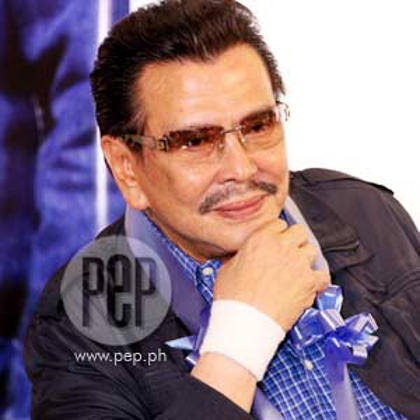 Actor Jay Manalo confirmed in his interview with Dolly Anne Carvajal for Philippine Daily Inquirer that he has 11 children with six different women. 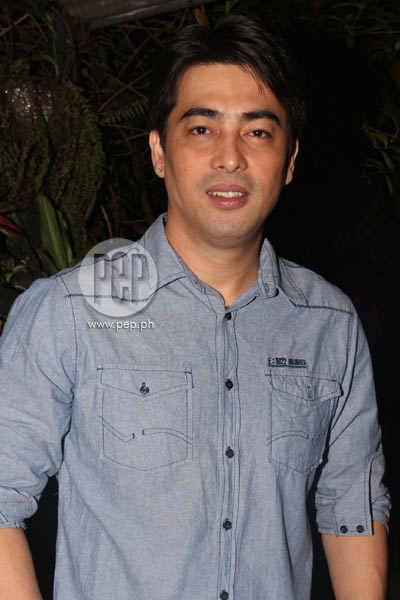 The former couple also adopted four other children—Matet, Lotlot, Kenneth, and Kiko—when they were still together.

Christopher and Nora's marriage was annulled in 1996.

Number of Children: Less than 10

In an interview with PEP.ph (Philippine Entertainment Portal), Gardo admitted that he's not quite sure how many children he has.

The 48-year-old Kapuso actor also revealed that he has yet to meet his children.

Master Rapper Francis Magalona served as a loving father to eight children, including Nicolo and Unna, Pia Magalona's kids with her former partner. 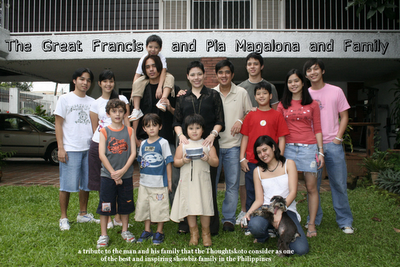 The 76-year-old actor also has children from his previous relationships—Tonton with actress Liza Lorena and Ramon Christopher with singer Pilita Corrales.

His youngest is Maria Isabella, his daughter with wife Mariel Rodriguez-Padilla.

His eldest is Jeremy Marquez with Francesca Siron. 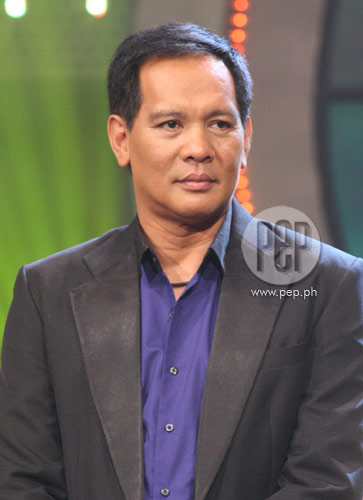