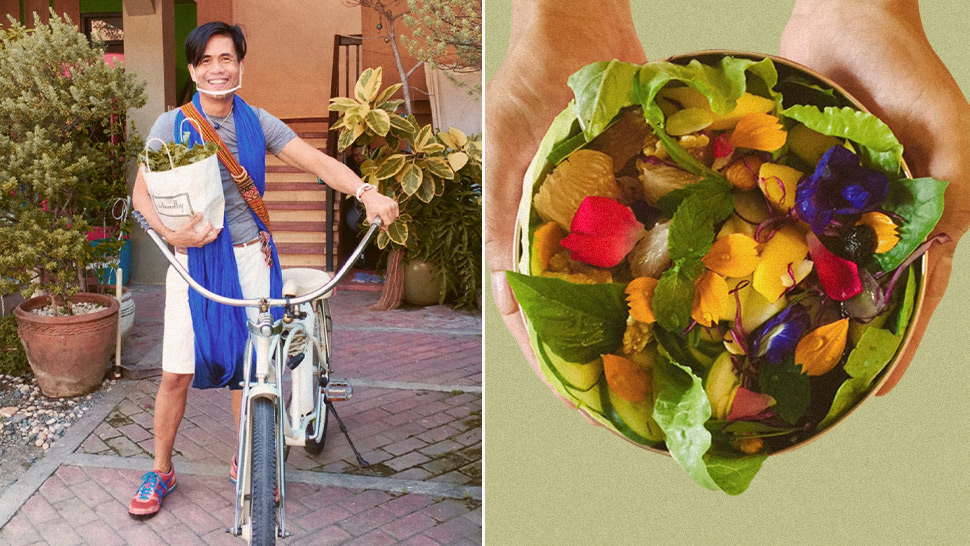 From crafting personal protective equipment to donating cash to fundraisers, there are many stories of ordinary citizens helping others during the coronavirus pandemic.

It's impossible to overstate the importance of generosity and selflessness in times of crisis.

The founder and proprietor of Maginhawa Street landmark Van Gogh is Bipolar is no exception.

For weeks now, Jetro Rafael has opened his restaurant to people in need of a hot and filling meal.

He has also been donating food to nearby communities using his own resources, including his trusty bicycle.

Van Gogh is Bipolar has been around for about 10 years and has become one of the most innovative and quirky restaurants not just on Maginhawa Street in Quezon City, but in all of Metro Manila.

Jetro, who was diagnosed with bipolar disorder, said he started out with his own homeopathy solutions to address his condition.

After friends began seeking out his homemade recipes, he decided to open a restaurant and has been drawing a steady stream of curious customers ever since.

This month alone, Jetro has been distributing food packs as well as rice to hungry residents of nearby communities.

He has been posting announcements regarding his donation drives on his Facebook page.

"I am blessed and humbled to be in this position," he said in one of his Facebook posts.

"God knows, my resources are limited and yet I will try to sustain it by continuing to raise funds from my own food business."