Despite the odds, Filipino graduates from Harvard Law School 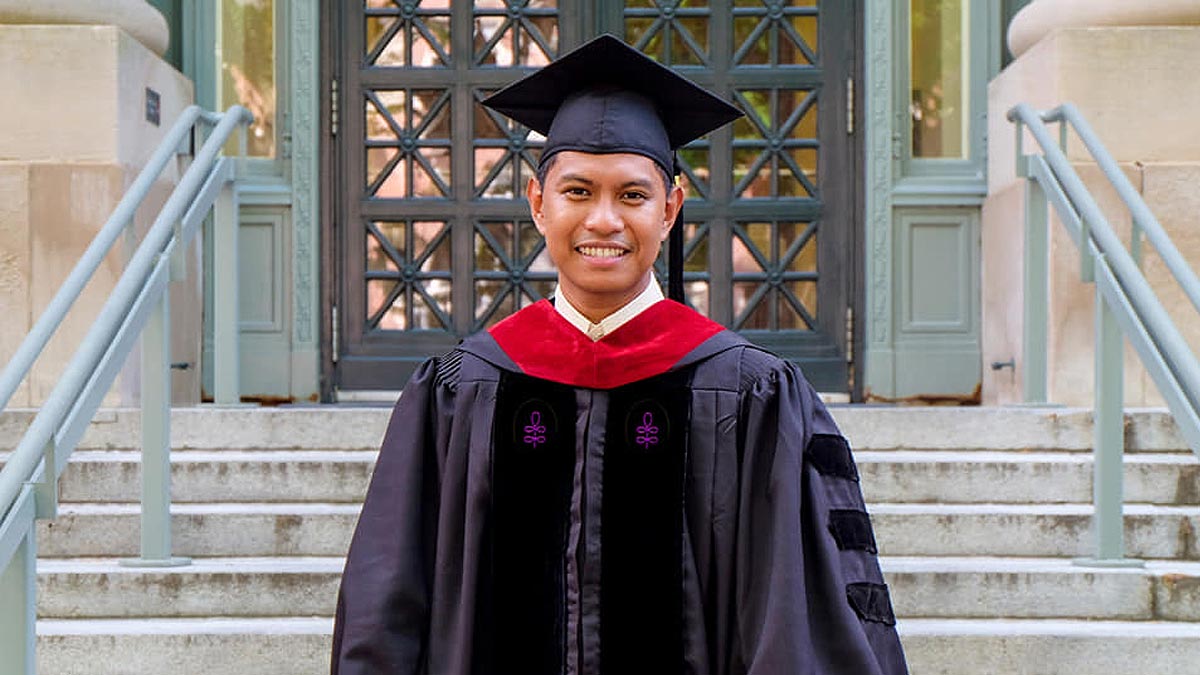 Jose Angelo David never imagined in his wildest dreams that he would ever study abroad, let alone at Harvard University.

Anjo (his nickname) recently obtained his Master of Laws degree from the oldest continuously operating law school in the United States.

He said it was just so beyond his reach he “could only ever consider it fictional.”

"The idea of doing further studies in the U.S. did not cross my mind until I was already in law school.

"And even then, saying that I would someday go to Harvard was something that I only made in jest.

"Harvard, to me, was just one of those places that existed in the pages of John Grisham and Dan Brown novels."

David, who works at the Office of the Solicitor General as a government counsel, says he grew up in a "small, cramped town in bustling Metro Manila."

He describes his father as a self-made local government employee who chose to send him and his two siblings to a public high school so he could save enough money to afford to send them to college.

Tragedy struck however when his father was diagnosed with leukemia.

"Whatever savings he had were spent for his battle with a disease that took away not only his life, but almost snuffed out our hope of having a comfortable future," David writes in his Facebook post.

"Thankfully, our mother was, and still is, indomitable.

"From managing the household her entire married life, my mom braved the call center world so she could support all three of her children and send my younger sisters through college."

David eventually finished a degree in Political Science at the University of the Philippines before going on to pursue law at San Beda University.

He passed the bar on his first try in 2014, finishing at 6th place.

"Obviously, given our circumstances, it was a luxury for me to aspire for a law degree after college," he says.

"With a full scholarship, I was able to finish law school and become a lawyer in the Philippines.

"I am now one of only three lawyers in our town, and so far, only the third from my law school alma mater, after a fifty-year-long drought, to have had the honor of receiving a Harvard LL.M. degree."

In a feature in the Manila Bulletin, David said he has been in the U.S. since August 2019, thanks to financial grants from Harvard.

He also shared that his research paper was about the history and development of judicial review in the Philippines from American colonial period to the current 1987 constitution.

"I naturally felt relieved when I turned in my 120-page research paper by the deadline in mid-May as it was the product of a year's work," he said.

Obtaining a law degree from Harvard was "exhilarating," and that there was "a heightened sense of fulfillment" having accomplished it in the middle of a pandemic.

"[The] Dean of Harvard Law School promised that we would have an in-person commencement in the future," David told Manila Bulletin.

"It was not the ceremony that we anticipated but I was able to celebrate with my relatives and closest friends from school."

David, who also teaches law at San Beda University and Far Eastern University, says he is immensely grateful to the people who have supported him in the fulfillment of his dreams.

David also acknowledged the people who have the same zeal and passion to succeed, but are just not given the same opportunities. He pledged to help them as well.

"In all, I have been incredibly privileged to be surrounded by people who believe in me and who care enough to open doors and windows for me," he says.

"But that is not the case for countless others, not for want of trying, but for sheer lack of access to opportunities.

"Let it be our mission to help the underprivileged develop enough vision and courage to dream big dreams and have the chance of actually achieving them."