This former flight attendant and beauty queen is now a pilot

by bernadette rivera for Candymag.com
Oct 28, 2020 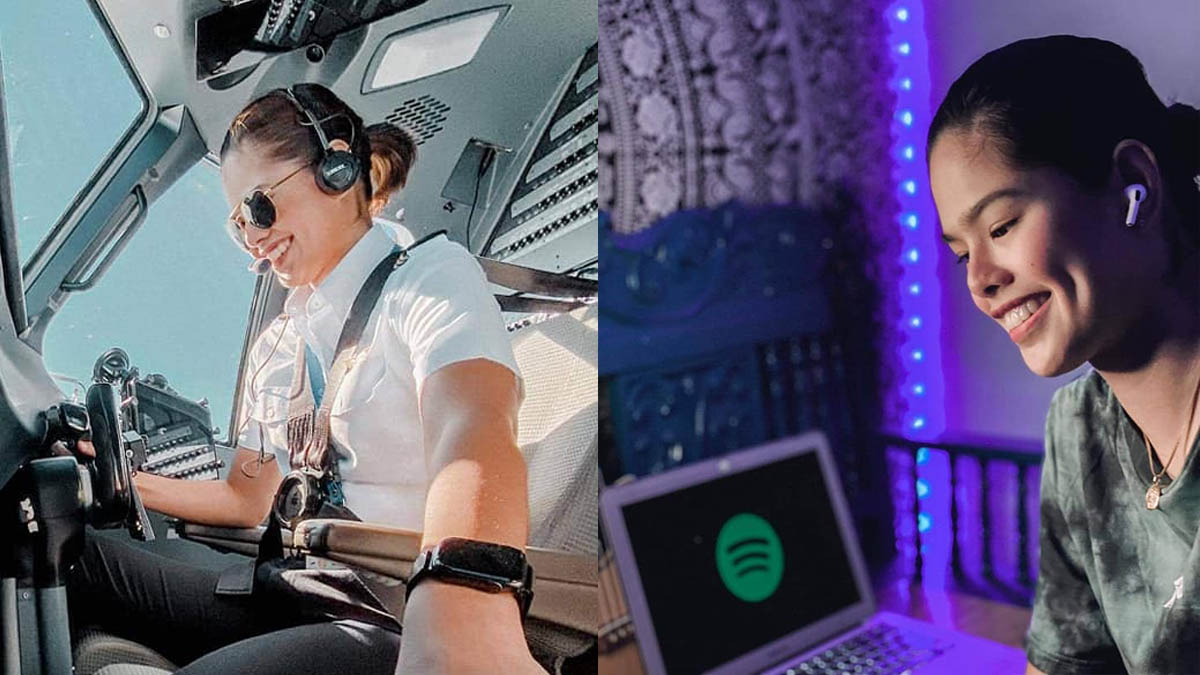 From flying as a flight attendant, Chezka Paulina Carandang, a Communication Arts graduate from Miriam College, is now flying the aircraft on her own.
PHOTO/S: Pilot Chezka Carandang on Facebook

If you think it's too late for you to reach your ultimate goal in life, think again. This flight attendant didn't stop pursuing her dream to become a pilot.

From flying as a flight attendant, Chezka Paulina Carandang, a 26-year-old Communication Arts graduate from Miriam College, is now flying the aircraft on her own.

Like everyone else, there's one thing that always averts us from reaching our goals.

For Chezka, it's the fear of not being qualified and not good enough for a man's job.

"When I was close to finishing college, I wanted a job that would let me travel and earn at the same time. So I thought of being a pilot, but then I had a fear that I may not be qualified or I am not good enough to be one. Additionally, I thought it's only a man's job."

But that didn't stop her. Chezka's parents advised her to become a flight attendant first to use it as a head start in becoming a pilot. From there, she met a lot of people along the way and she realized that there are actually a lot of female pilots, and that made her dreams more alive.

Along with that, joining beauty pageants also helped her to get her job as a flight attendant. Standing at 5'5, Chezka joined Miss Philippines Earth in 2015 after college.

"I joined Miss Philippines Earth that helped me get my job as an FA because the pageant taught me how to carry myself, be confident, look and be smart, speak, and dress well-the qualities that every FA needs to have."

Six months after being an FA in 2015, Chezka resigned from her job to enroll in Strike Wing Aviation Center Inc. and become a full-time student.

She finished the whole pilot course and training in just a year! Now, she's a First Officer and piloting domestic flights for Cebu Pacific.

"After six months of being a flight attendant, I decided to chase the pilot dream. I just felt the urge of being the one navigating the plane through the clouds. I followed my heart and here I am now. I've realized that my passion is not to travel, but to fly and be of service to people who love to travel, bringing them home to their loved ones, and to their dream destinations."

But for every blessing, there's a struggle, especially since she's working in a male-dominated industry.

As the saying goes, "being a girl in a man's world is never easy."

For years, gender stereotyping and discrimination have been prominent particularly at work. Some women lack the confidence to compete in fields that they think are "dominated" by men because of the stereotypical belief that men can perform "strongly" in certain things more than women, but not Chezka. She used this situation as an advantage rather than letting it affect her.

"It's a great experience to work in a male-dominated industry. Being a woman works to my advantage. I'm doing something that most men have been doing for decades and with how our society is structured, how the profession is subjected to being a 'man's job,' it's a privilege for me to be here and be one of the few who didn't let that idea get in my way to be here.

"If you have seen Gunjan Saxena on Netflix, it just so happens that our bodies are females but technical knowledge, physical capabilities, and competence, in general, are within our reach. We can be just as competent as our male counterparts."

"Thanks to the parents who believe in their daughters' dreams, because they're shaping society into one that isn't constrained by gender stereotypes," she added.

Aside from being a pilot, Chezka also started doing videos focusing on educational content on TikTok during the quarantine that was initially just a hobby when flights were still prohibited, but she decided to do it part-time to help and educate aspiring pilots.

When her videos went viral, that's her cue to start her own YouTube channel named Pilot Chezka Carandang.

When asked if she ever dreamt of flying internationally, she said that it's her ultimate goal, but she's currently taking one step at a time while enjoying the present.

"Right now I'm just really enjoying the present moment and I really appreciate taking things one step at a time just as how I do not neglect the use of checklists in the aircraft! I'll just let the wind take its flow and my career would course through it."

This article was created by Candymag.com.