Who is Dr. Gap? Meet the doctor who walks the talk 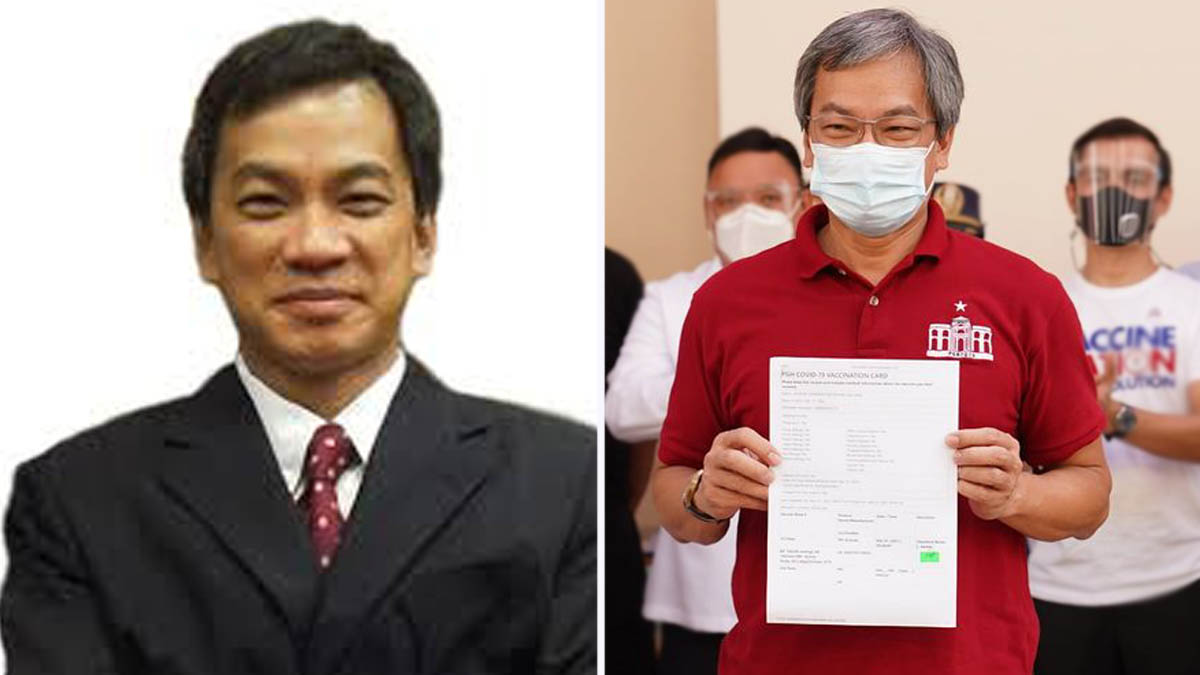 Dr. Gerardo "Gap" Legaspi is a renowned neurosurgeon who serves as the director of the University of the Philippines-Philippine General Hospital (UP-PGH) since 2016. He was the official and legal recipient of the COVID-19 vaccine in the Philippines.
PHOTO/S: pghmedfoundation.com, Presidential Communications Operations Office

A champion has emerged among so many heroes fighting COVID-19 in the frontlines.

He is Dr. Gerardo Legaspi, simply known as Dr. Gap, the renowned neurosurgeon who heads the country's largest hospital, University of the Philippines-Philippine General Hospital (UP-PGH), in Ermita, Manila.

The 59-year-old physician was recently in the headlines as the first official and legal recipient of the COVID-19 vaccine in the Philippines.

On March 1, 2021, Dr. Gap was injected with CoronaVac, the vaccine made by the Chinese pharmaceutical company Sinovac Biotech, Ltd.

To show a populace particularly fearful of the vaccine from China, he volunteered to be inoculated and officially kicked off the vaccine rollout in the country on March 1, 2021.

Dr. Gap said he decided to step forward and received the first jab after carefully researching all the available facts and scientific data about the vaccine. 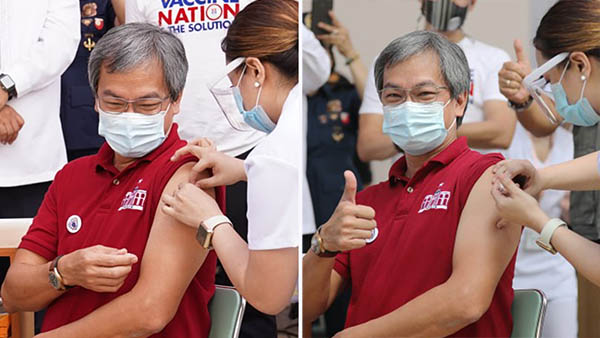 The top neurosurgeon’s volunteerism was met with applause. The medical staff of PGH and other medical frontliners across the country lauded him for his efforts.

Celebrity mom-blogger-podcaster Saab Magalona, in her tribute to the doctor, revealed that Dr. Gap saved the life of her son Pancho, who had complications after birth in February 2018.

Fellow physician and former consultant of the National Task Force Against COVID-19 Dr. Tony Leachon thanked Dr. Gap "for serving PGH and the country as well."

Dr. Leachon even offered a "salute" to Dr. Gap, who he said was his father-in-law's neurosurgeon back in the day.

Other medical personalities who received vaccines on March 1 deserved praises as well.

Chareluck Santos, the nurse who injected the Sinovac dose on Dr. Gap, also received the vaccine as the first nurse to have legally done so in the Philippines.

Santos said in an interview, “I decided na magpabakuna na, because I believe that the best vaccine is kung ano na yung available ngayon.”

Dr. Aileen Aniceto of the Lung Center of the Philippines also had her first dose of Sinovac on March 1. Although she expected to have Pfizer or Biotech vaccines, she decided to go through it.

Dr. Aileen told Rappler, “I recalibrated and thought: What’s more important? To me, what is important is, I do not die from it (COVID-19). The earlier I can get it, the more peace of mind I have.”

Dr. Anna Ong-Lim of DOH also chose to go ahead despite her hesitation and was given her Sinovac dose on March 2.

She recounted to Rappler, “If you have options, you would want to opt for the choice that gave you better protection overall.

“I want to admit that mild thing really gave me pause. But in the end, the main thing that we really need to be protected against is severe disease."

They are our defenders in the time of the pandemic, these doctors, nurses and other medical practitioners taking calculated risks to save the lives of those threatened by the coronavirus.

We want to seem them standing, to keep on fighting, and now that reinforcements have arrived in the forms of vaccines, even if scandalously they come in trickles, they are showing us the way to COVID-19-free future.

Hopefully, through their volunteerism as vaccine heroes, many Filipinos will be convinced to get their own doses, thus achieving herd immunity as quickly as possible.

HOW DID WE GET HERE?

The COVID-19 pandemic putting the world in a standstill is an understatement.

The virus that started in Wuhan in China spread worldwide at the beginning of 2020, and eventually paralyzed the global economy while killing millions.

In the Philippines, many continue to cope with various degrees of lockdown, which limited the people's movement, suspended public transportation, and closed down numerous businesses. 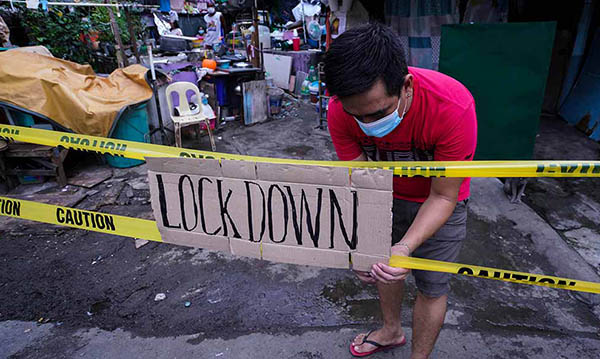 The lockdown has now been ongoing for a year; the Philippines, in fact, has the longest pandemic lockdown in the world.

With the prolonged lockdown, the country's economy has dropped significantly from a position of strength at the start of the year in 2020. The latest inflation rate recorded on February 2021 is at 4.7% year on year. In February 2020, it was at 2.6%.

The high inflation rate corresponds with the spike in food prices. Meats, fruits, vegetables, rice and other commodities are expensive nowadays, making it harder for the public to maintain the family’s budget.

It is harder for individuals who lost their jobs during the pandemic as many businesses closed down.

Other lost their livelihoods because of draconian government regulations. Jeepney drivers, for example, had to beg on the streets because the government did not give them sufficient subsidies after suspending their operations.

So what is the solution to ease the economic downturn brought about by the lockdown while ensuring that COVID-19 infections will slow down?

The goal is to achieve herd immunity through mass vaccination, which protects even the unvaccinated.

Ideally, the vaccine should protect individuals from getting morbidly sick even if they catch the virus. Lowering the number of sick people will also slow down the infection rate.

As of today, there are two vaccine brands available in the country. The vaccine from Sinovac and the AstraZeneca shots developed by the Oxford University.

The vaccines will soon be available for everyone, but many Filipinos are still hesitant to get inoculated. Even some health workers are wary.

For one, these COVID-19 vaccines have been completed in less than a year; typically, vaccines take more than 10 years to develop.

Other uncertainties abound, especially that some reports claimed that it caused the death of some recipients.