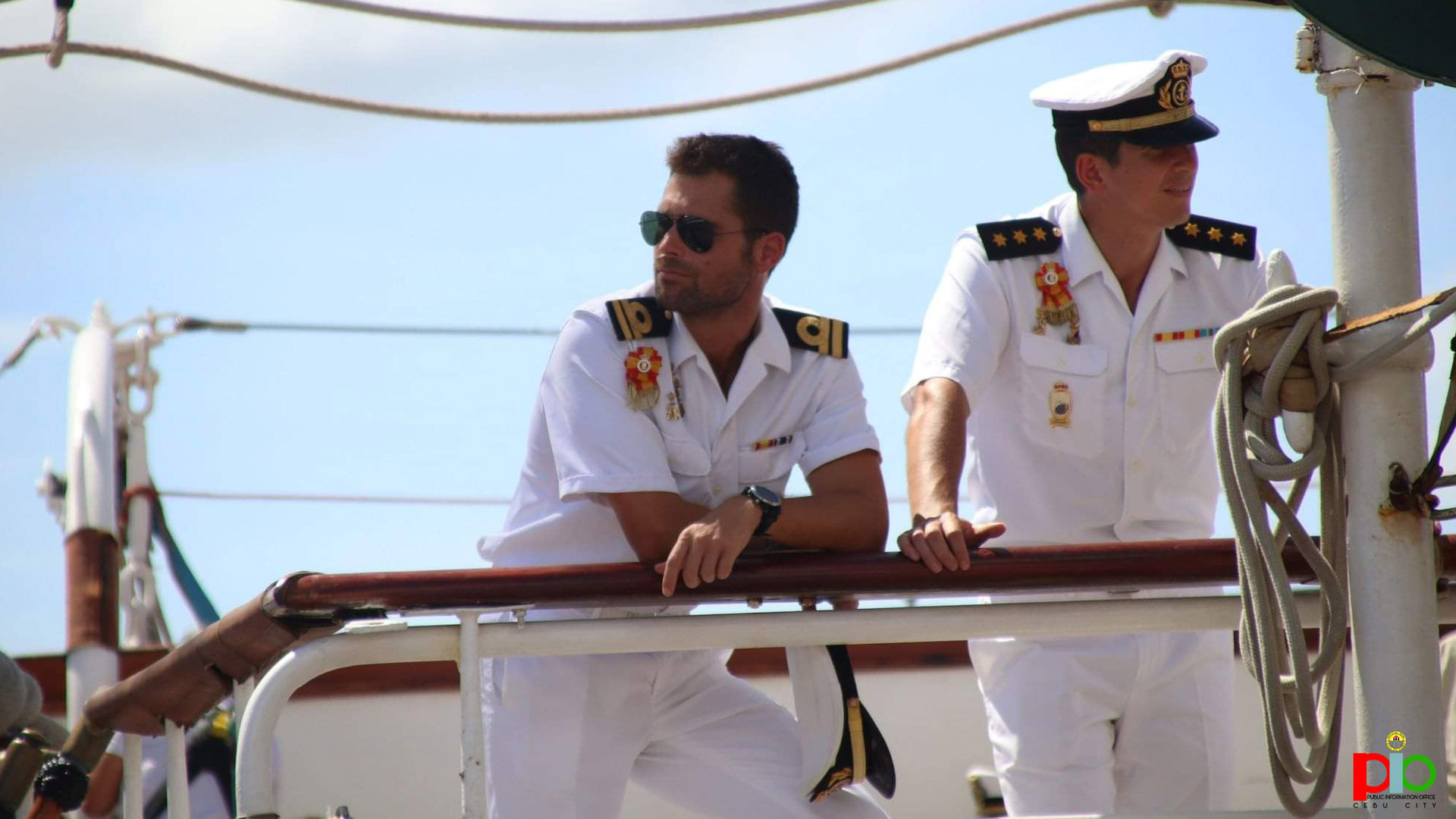 The ship docked on the shores of Guiuan, Eastern Samar, on Tuesday, March 16, 2021, to commemorate the arrival in 1521 of the Spanish expedition led by Portuguese explorer Ferdinand Magellan.

The Spanish navy ship also made a goodwill port call in Cebu City on Saturday, March 20, as part of the Quincentennial Commemoration of the world's first circumnavigation.

His speech (published as is) was posted on the official Facebook page of Cebu City's Public Information Office:

"On behalf of the Cebu City Government, I welcome every one of you to Cebu City where the first Spanish settlement was established in 1521 through the baptism of Reyna Juana.

"It is our great pride and honor to welcome to the shores of Cebu City the crew of Spanish Navy Training Ship Juan Sebastian Elcano, led of course by its Captain Santiago de Colsa.

"They have sailed far and wide to get here and they deserve our warmest welcome. Let us all give them a round of applause!

"When we first learned of the Cebu stop of the Elcano Ship, we made sure that we will be able to put up this short but meaningful program and arrival honors for them, so that they will feel the Cebuano brand of hospitality.

"Today, we relive history as it happened 500 years ago when Ferdinand Magellan set foot in Cebu which gave birth to our Christianity.

"May this remind us all of our deep-rooted faith to Senior Santo Nino which remains strong up to this day.

"And which was made possible through the first circumnavigation of the world."

Netizens gushed over the handsomeness of the sailors and officers of the ElCano Ship.

Tine's post has gone viral since she put it out last Saturday.

In her post, she wrote in Spanish, "It was nice meeting Luis and the rest of the crew of Juan Sebastian Elcano. [emoji] It was a pleasure meeting you all. Safe trip and arrive safely!"

On the other hand, some netizens posted a reminder that the navy ship's visit was to commemorate an event that led to the Spanish colonization of the country for 300 years.

The navy ship was also named after Juan Sebastian Elcano, the Castilian explorer who took command of the carrack Victoria after Magellan's death in the Philippines.

He was able to complete the first circumnavigation in the world, and was able to return to Spain with 18 crew members in September 1522.

The Spanish navy ship Juan Sebastian Elcano departed from Cebu on Monday night, March 22, after staying in the province for two days.