by Bernie V. Franco
4 days ago 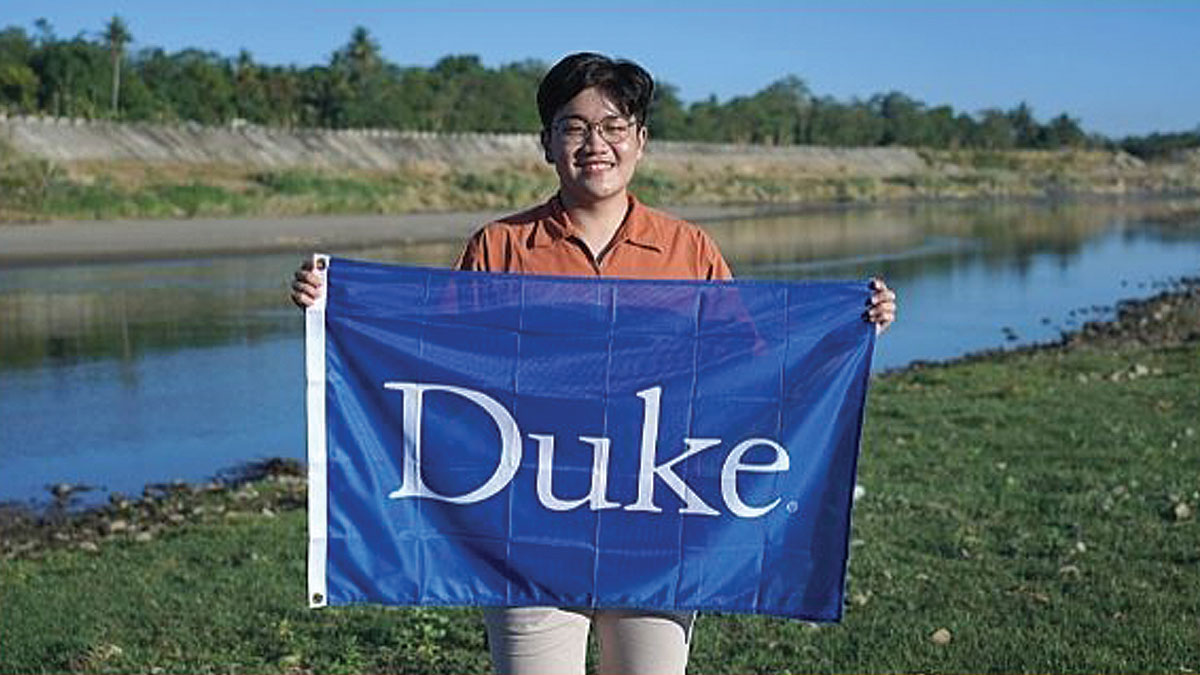 Edrian Paul Liao is headed towards a bright future.

The 18-year-old student from Isabela, Cagayan Valley got a full scholarship at the prestigious Duke University in North Carolina in the United States.

Duke University is reputed for producing five recipients of the Nobel Peace Prize in chemistry, medicine, and physics.

Edrian chose Duke University over the equally reputable Jacob's University in Germany, which offered him a full scholarship in BS Physics.

His father is a farmer, while his mom is a homemaker and a former midwife.

He gave credit to his mom for his latest achievement, as he said, “Her investments for me really paid off, and I am forever grateful for what she has done for me.”

He is the youngest in the family, and has two older sisters.

While he is undoubtedly a bright kid, Edrian had an ordinary childhood.

He describes himself as a “batang kalye.”

But he already knew as a kid that he had a penchant for math.

Early on, he figured out that his calling in life has something to do with mathematics.

In Duke University, Edrian is going to take up BS Mechanical Engineering, Minor in Computer Science, and a Certificate in Aerospace Engineering under full scholarship, according to a report by SmartParenting.com.ph.

Edrian is the first Filipino recipient of the Karsh International Scholarship Program.

This will cover his entire tuition, room and board, and mandatory fees with the exemption of funding for projects and research.

It has always been Edrian’s dream to study at Duke University, and he still finds it hard to believe that a boy from a province in the Philippines would be admitted there.

“I felt ecstatic when I found out I got into such a prestigious and highly selective U.S. university,” he said.

Edrian is excited to start this next chapter of his academic life, even if it means flying to the U.S. next month and being away from his family.

“I’m most excited about meeting people from different walks of life… The students are really diverse,” he quipped.

He added that he was informed that professors at the university work closely with the students and make themselves available to their protégés.

Ultimately, Edrian is intent on getting the best education so that he can contribute to the agriculture industry in the Philippines after he gets his diploma.

“Agriculture in the Philippines is one of the most prominent sectors but still lacks innovation one way or another.

“I want to fill in that gap once I return from the U.S. full of knowledge and experiences,” explained Edrian, whose interest in agriculture comes from the influence of his father.

He hopes to contribute to the advancement of the industry by applying modern technology in agriculture.

As early as now, the promising student is already thinking of how he could carve out his future and be of service to his country.

He acknowledges that agriculture is prominent in the Philippines, but is aware that that there is so much more for improvement.

And this is what he hopes to bring after he graduates.