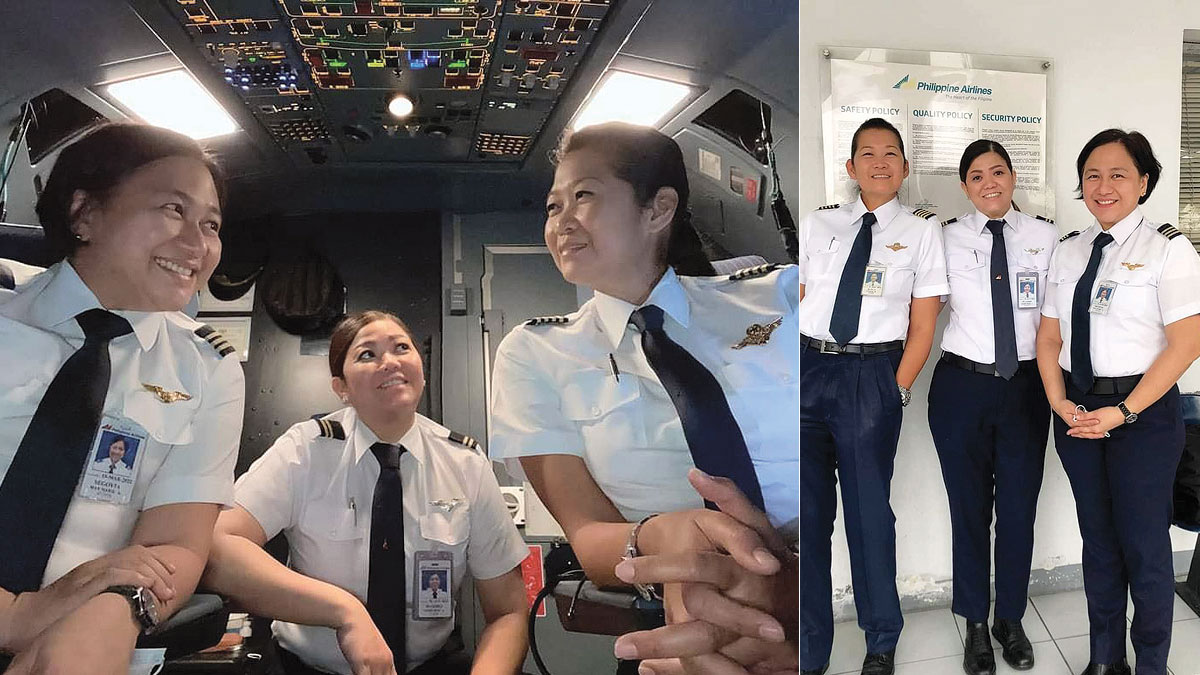 Aniya, “Last October 14-15 2020, the government arranged a repatriation flight from Riyadh to Manila to fly our stranded OFW’s back home, who are stranded during the lockdown because of COVID 19.”

Pagbabahagi ni Marie, “There are several instances of an all-female flight with the narrow-body aircraft, A320.

“However, this is the first time for the all-female wide body aircraft and fly out of Saudi Arabia, where women are not allowed to drive cars.”

Sabi ni Marie, “It was a mission accomplished, a special flight for us because we know how happy and excited our passengers as they stepped in the aircraft.

“As the all-female crew, we’re delighted to know that it was a milestone for Philippine Airlines being the FIRST ALL-FEMALE CREW FOR WIDE-BODY AIRCRAFT, AIRBUS 330.

“We’re honored to be the crew of that flight.” 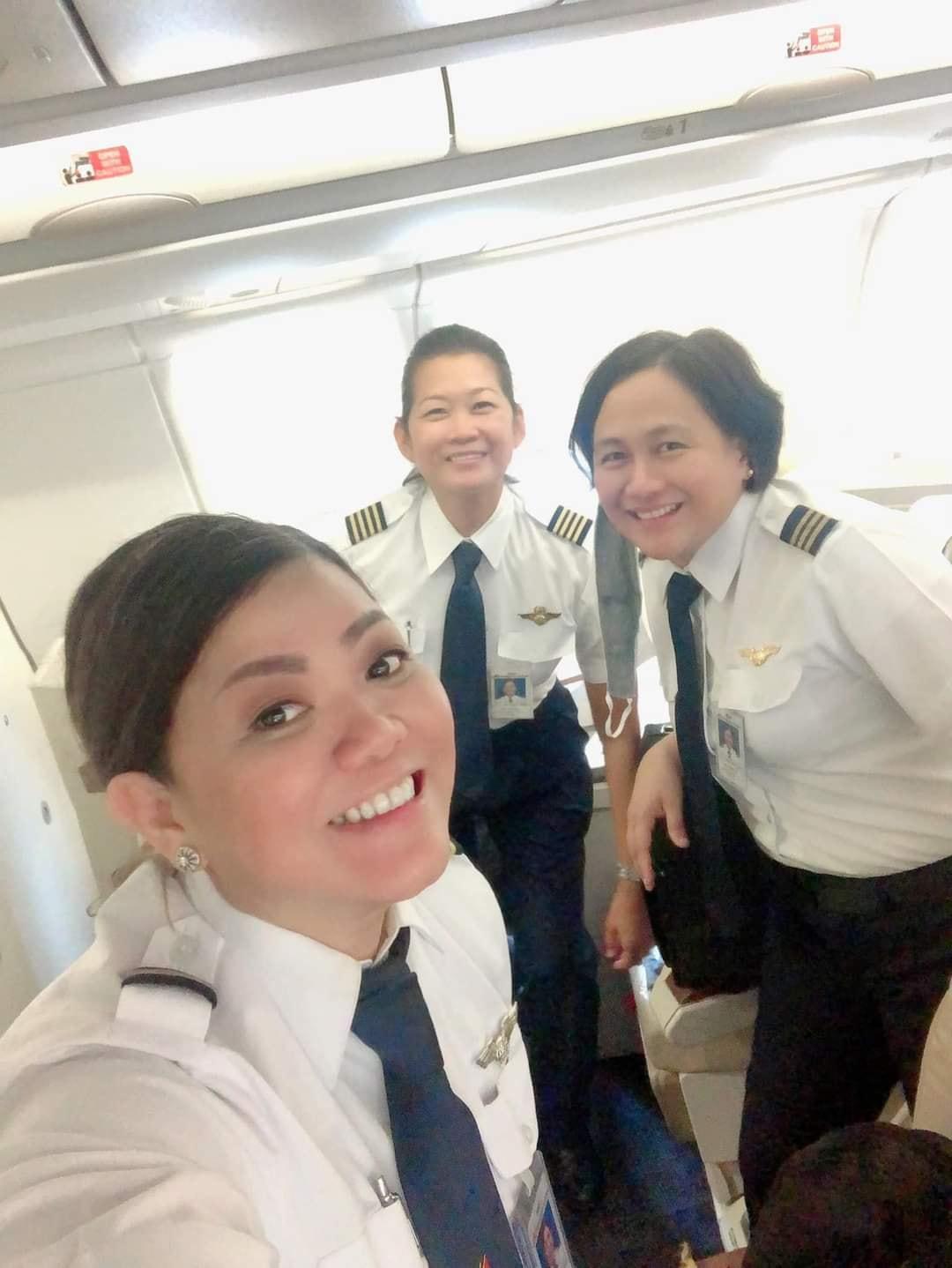 "But because the composition of pilots per flight are system generated, we really don’t know who we end up flying with until our schedule is out.”

Ang mahalaga ay “how well we accomplished the task of safely transporting passengers from and to their destinations.”

“Since the ratio of men is greater than the ratio of the women in the world of aviation, flying with all-female crew becomes unique.

“Due to our rarity, our flight was significant.

“As for Yvonne, It was also empowering for her to be the pilot in command of the flight to offer service to our countrymen, the OFWs."

Kuwento niya, “We took Aviation with Philippine Airlines Aviation School year 2002 for Yvonne, and 2012 for me. Now I’m 27 years with the company.

Dugtong niya, "As for Maya, she started flying with Philippine Air Force...

Sa kanilang tatlo raw, si Marie ang junior pilot, “I am the most least experience as a pilot or as we say the junior one.

“And later on promoted as a Captain, where she spent several years of gaining flying experience in the narrow-body aircraft.

“She now commands a commercial wide-body aircraft A330 and A350.”

“NO GENDER IN FLYING”

“There is no difference when you fly to both male and female flight crew.

“As [Capt.] Yvonne always quote: ‘IN FLYING THERE IS NO GENDER.’

“As long as there is respect between people, gender is not an issue.

“It’s not a question of who handles the flight well…but how you are able to do the task.”

“We need to pass all ground, simulator, and flight trainings.

“In spite of our positions/ranks we are still willing to learn more. In flying learning never stops.”

Payo ni Marie, “We hope to inspire more women to open their doors to the world of aviation.

“Stay strong and focused. Here we learn the dynamicity of life. Learning is infinite.

“It is not an easy journey. Push yourselves to test your limits.

“Do not lose your sense of curiosity because it will give a spark to new horizon.

“When discouraged just focus on your goal. Be patient.

“As some people asked Yvonne, ‘Ma’am mahirap bang making piloto? She always tells them, ‘Lahat naman na bagay mahirap. But once you put your heart into it, walang bagay na di kayang abutin.’

“Don’t let yourself wonder to the question of ‘What if?’ Always dream big and conquer success.”