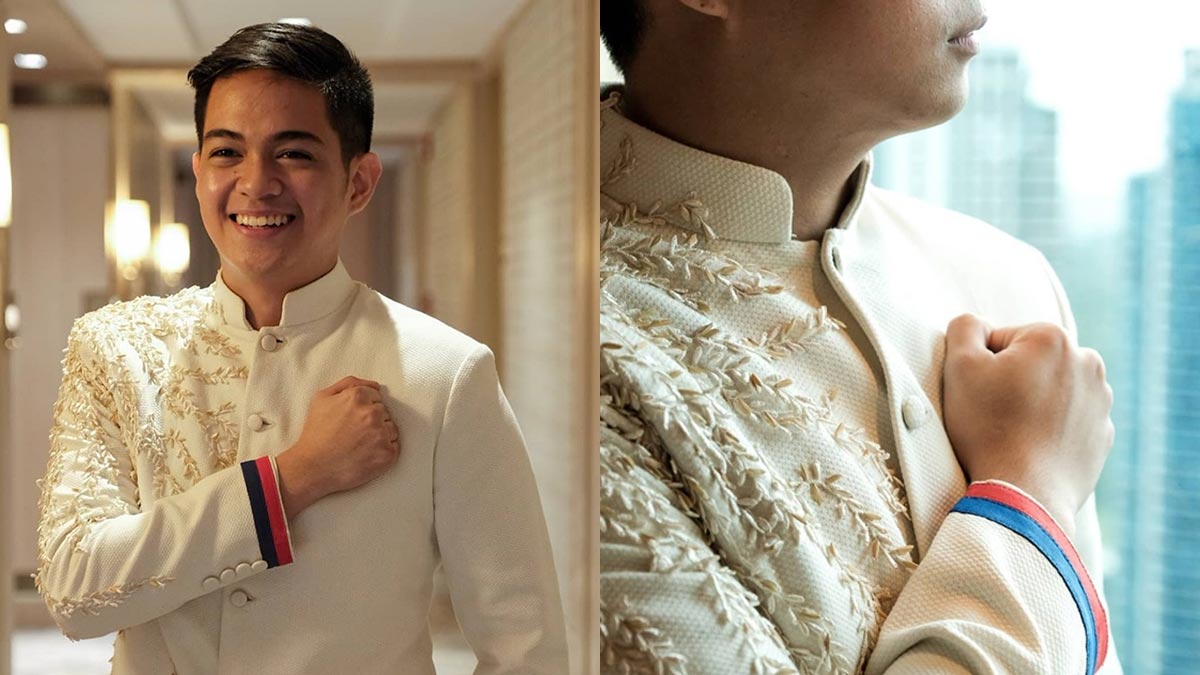 Francis Magundayao is being commended for raising awareness on farmers' issues at the ABS-CBN Ball 2019.

The Kapamilya network's annual charity ball was held Saturday night, September 14, at the grand ballroom of Shangri-La at the Fort in Bonifacio Global City.

Francis is among the Kapamilya stars who graced the event in their Filipiniana outfits.

After his red-carpet appearance, Francis explained the inspiration behind his outfit via his Facebook page.

The 20-year-old actor said that he wanted to put the spotlight on the tragedy Filipino rice farmers are currently facing.

Francis: "When I was told of this year's theme, the first thing I thought about was our farmers.

"For most of my life, I have been part of a large artist collective, and with it, I have realized that part of being an artist is to tell the truth. This is the truth.

"In light of Ms. Gina Lopez's legacy, I was also inspired to share my own advocacy.

"Our farmers have long been oppressed by big capitalist powers, and it's our duty as Filipinos to raise such awareness."

He continued, "Mr @paolobaltazar26 helped me pay tribute to the hard work of our local farmers by designing a minimalist piece inspired by the details found in grains of rice.

"He embellished it with real Palay for a truly eye-popping, 3D effect.

"Finally, He added the colors of our nation’s flag on the right arm to give thanks for the hard work and sacrifices of our farmers and show our pride in The Philippines!"

He added, "Thank you sir @paolobaltazar26 for giving life to my vision. This wonderful suit wouldn't be here without you."

On Instagram, Paolo revealed more details about his creation for Francis.

He wrote, "During my meeting with Francis, I presented some of my designs for the ABS-CBN Star Magic Ball.

"When asked what he would like in a barong, Francis said that he wanted a design that paid tribute to the hard work of local farmers.

"Based on that discussion, I designed a minimalist piece inspired by the details found in grains of rice. I embellished it with real Palay for a truly eye-popping 3D effect!

"Finally, I added the colors of our nation’s flag on the right arm to give thanks for the hard work and sacrifices of our farmers and show our pride in The Philippines!"