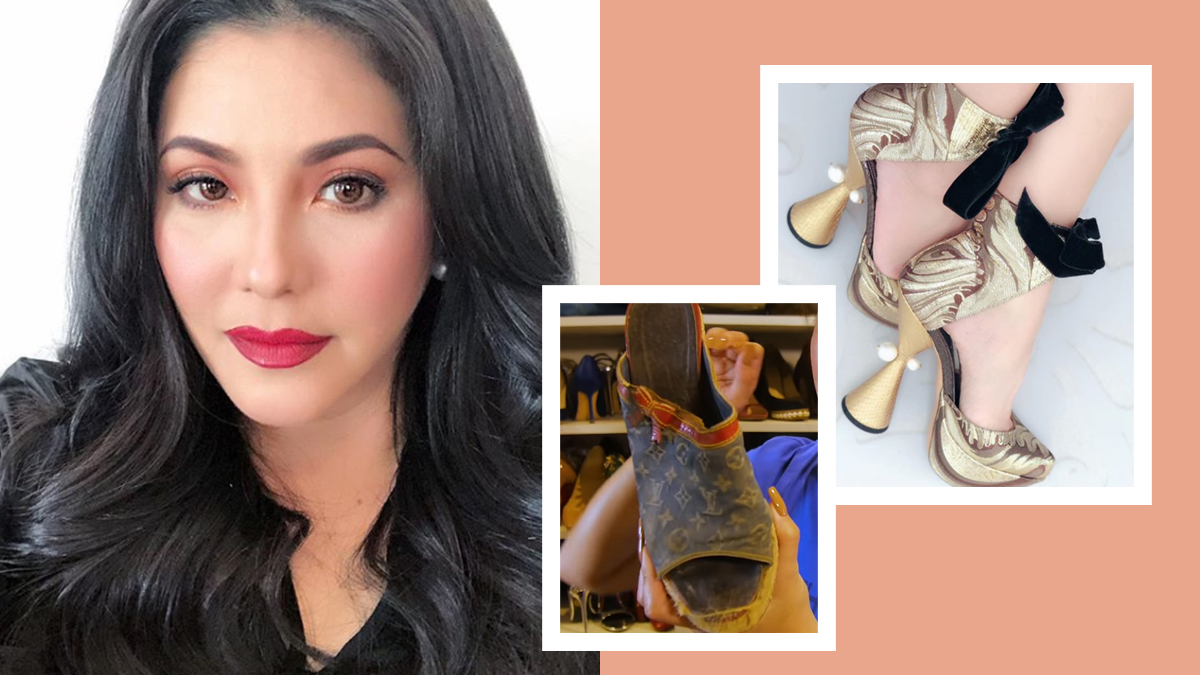 Regine Velasquez's first vlog entry on YouTube gives her fans a digital tour of her closet.

Apparently, she is sharing the space with her husband Ogie Alcasid—whose area is more tidy than his wife's.

Regine's video, which she posted on October 2, has so far gained over one million views in just a week. It puts a spotlight on her luxury shoes, some of which were already featured on @fashionpicturest, the Instagram account she created for her shoe collection.

When did she start collecting shoes?

Subsequently, she would buy shoes after seeing them on the pages of fashion magazines.

Does she go for style over comfort?

"I cannot find any comfortable shoes, actually, so what I do is I buy shoes and tiis ganda na lang."

Regine goes on to share the stories behind her favorite shoes.

One is a pair of gold brocade platform pumps with black velvet lace-up ribbon and sculptured heel sembellished with pearls.

Regine had a hard time finding this exact pair until "I went to Australia and nakita nung sister-in-law ko doon."

These platform pumps are from Louis Vuitton. A pre-loved pair is available at vestairecollective.com for $628.11 or around PHP33,000. 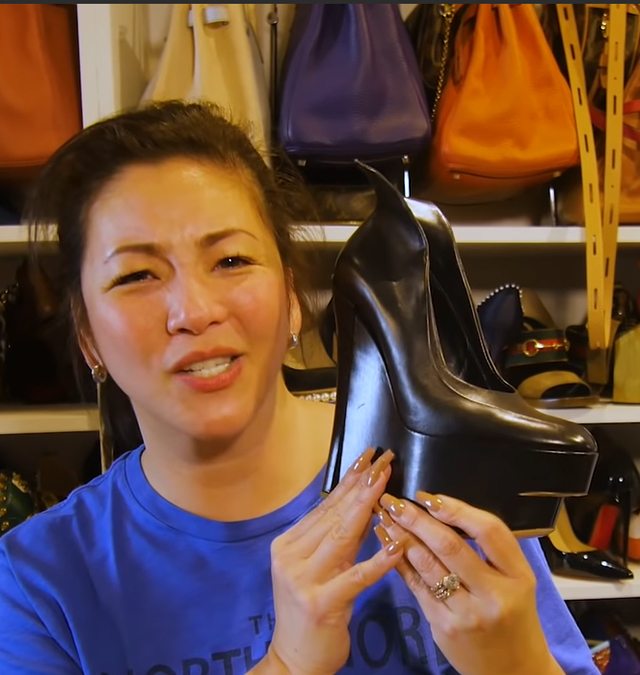 Regine is keeping her oldest pair of Louis Vuitton mules in her closet "for art's sake" even if they're already worn out. 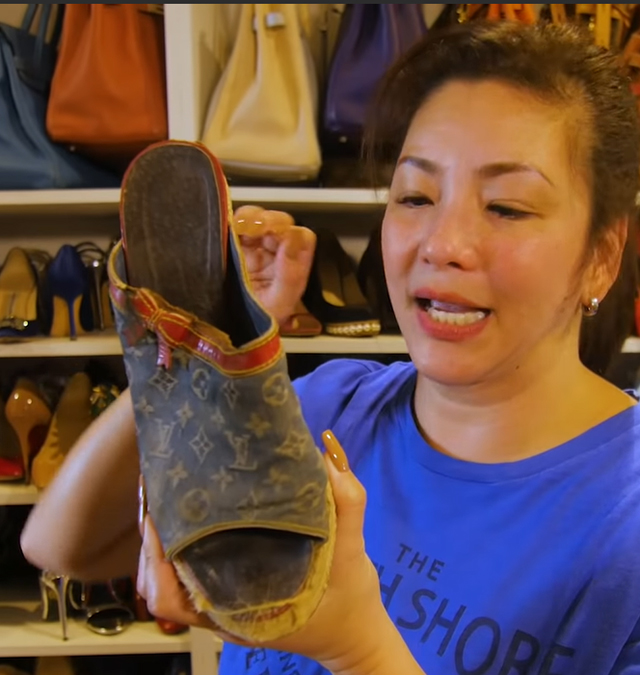 Regine also has a pair of Louis Vuitton "Spicy" sandals in red python leather. It was first seen in the brand's Spring/Summer 2009 show in Paris, France on October 2008.

It features geometric beads, exotic leather, multi-colored platforms, and gold-finish lace tips. It was originally priced at $2,217 or around PHP115,000.

This pair of Gucci "Malin" sandals is one of her all-time favorites.

The multi-colored sandals were first seen on the luxury brand's Spring 2016 runway collection.

During her opening number for her 30th anniversary concert R30 in 2017, Regine wore a pair of black leather high boots from Italian luxury brand Casadei.

On why she loves wearing boots during her concerts, Regine explains, "It's more comfortable kasi parang may support sa ankle so hindi ako nahihirapan.

This particular design is not available on the brand's official website, but a similar style is priced at $1,500 or around PHP78,000. 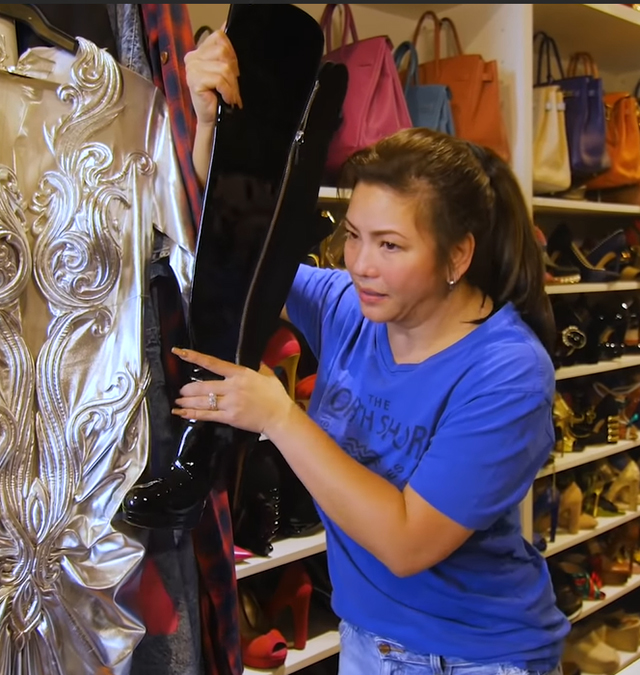 On her vlog she says, "This is a size 7. Pinatulan ko na. Nakuha ko ito sa eBay. As in, nakipaghabulan ako sa eBay because I wanted so much to get it."

Regine wore this pair of calfskin boots with metal plates when she married Ogie in 2010.

"I remember someone told me, you have to remember to wear comfortable shoes during your wedding because you're gonna be wearing it the whole day."

These boots are part of the Pre-Spring/Summer 2010 Collection of the French fashion house Chanel. 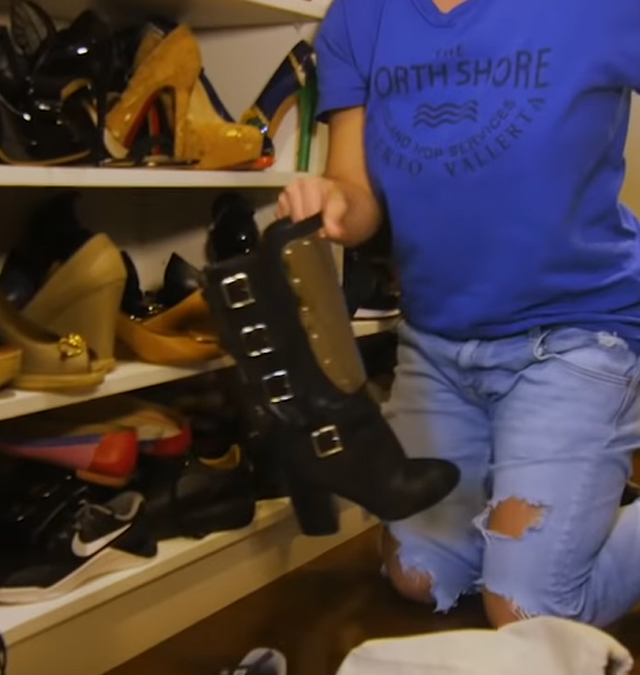 The Asia's Songbird had an unpleasant experience when she bought this pair of faux tortoise strappy wedge sandals at Louis Vuitton's flagship store in New York City in the early 2000s.

No other details about this pair are available online but a pre-owned pair of a similar style is available at 1stdibs.com for $489 or around PHP26,000. 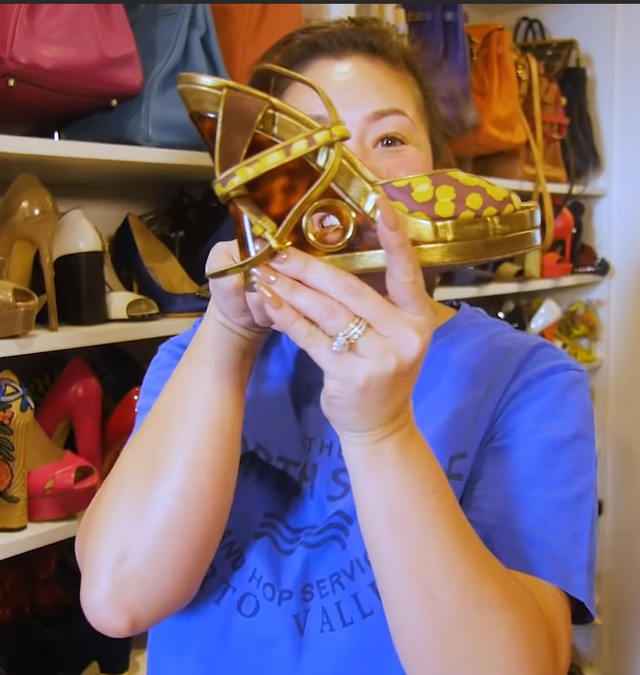