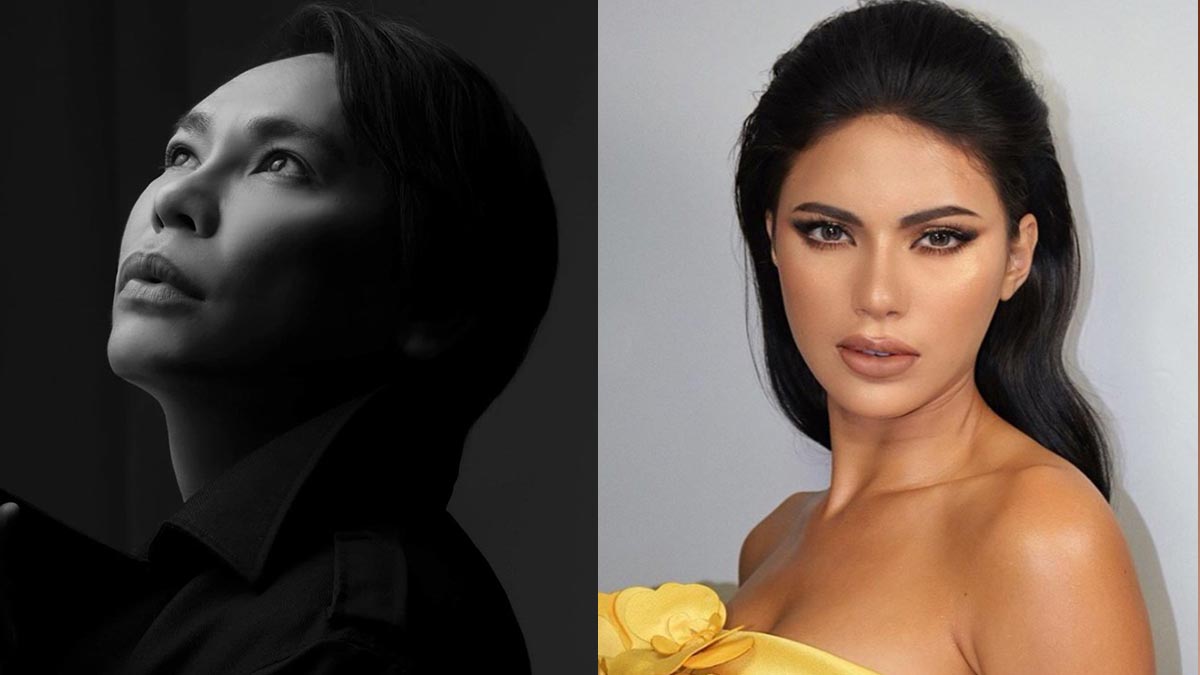 In a Facebook post on Monday, November 4, Filipino fashion designer Cary Santiago appealed to Filipino pageant fans to stop bashing and "giving below the belt comments" on his design aesthetic.
PHOTO/S: Cary Santiago on Facebook / @johnmallarii on Instagram

In just a few weeks, beauty queen Gazini Ganados is set to fly to the United States to represent the Philippines in the upcoming Miss Universe pageant.

Many Filipino pageant fans are putting a lot of pressure on Gazini and her team to achieve a back-to-back win—a feat only achieved by Venezuelan beauty queens throughout the pageant's 67-year history.

The fans are already looking forward to Gazini's national costume and evening gowns for the competition.

Cebu-based fashion designer Cary Santiago, who made Gazini's winning gown at the Binibining Pilipinas 2019 pageant, is in charge of creating the beauty queen's competition gowns.

In a Facebook post on Monday, November 4, Cary appealed to Filipino pageant fans to stop bashing and "giving below the belt comments" on the aesthetics of his design.

The couturier wrote (published as is), "This is coming from my heart and i hope everyone reads this with respect.

"I have received a lot of messages asking what Gazini will wear for Miss Universe 2019. Some gives suggestion, others are appreciative while a number of them are bashing me for my work/s.

"There comments: i dont like it, i find it heavy or bulky, 'tama na ang birds', 'why the same style', a couple are even giving below the belt comments that are unprintable.

"And i get all these messages every single day. Some are from troll accounts while most are from legit ones."

His statement continued, "Let me state this once and for all. I am and never was an expert of pageants.

"I am not a pageant enthusiasts. It just so happen that i am able to dress up a few beauty queens coz either i know them personally (they modeled for me) or i know someone that is close to them and they asked me to.

"Most of these are my babies hence i feel happy if i am able to see them wearing me."

Cary also clarified that Gazini is very hands-on with what she wants to wear for the pageant.

The designer said in his post, "The final design, silhoutte and color is a decision of Gazini and me. It is a collaboration. I am a high fashion designer for the upper crust of the Philippine society. Modesty aside, they are the ones who really know fashion."

Cary further noted pageants will never be a standard in the fashion industry.

He said, "For the pageant enthusiasts and fans, no offense but beauty pageants has never been the barometer of fashion. There are those who give comments that is already mocking me and my works as if they are the real experts.

"Very pushy and demanding that it seems if you will not hear them out and ignore their messages, they will malign your craft even more.

"Again, let me reiterate, fashion is never and will never be about beauty pageants. Fashion does not revolve around it."

Toward the end of his Facebook post, Cary urged Filipino pageants fans to divert their energy to supporting Gazini on her Miss Universe journey instead.

Cary wrote, "If the stars will align that night, whatever Gazini will wear, it will happen. If she gets a podium-finish, that’s her discipline, perseverance and a whole lot of luck.

"So let us support her and as we continue to join her journey towards the crown, i am hoping that we stop all the bashing.

"Constructive criticism is appreciated and I am all for it, just never a lambasted one!"

Meanwhile, Gazini assured her fans in an interview with Mario Dumaual of ABS-CBN News early this afternoon that her gowns are beautiful.

Gazini is among the 92 candidates who confirmed to compete in the Miss Universe.

Catriona Gray will pass on the title to her successor during the grand coronation night happening at Tyler Perry Studios in Atlanta, Georgia on December 8, Sunday.