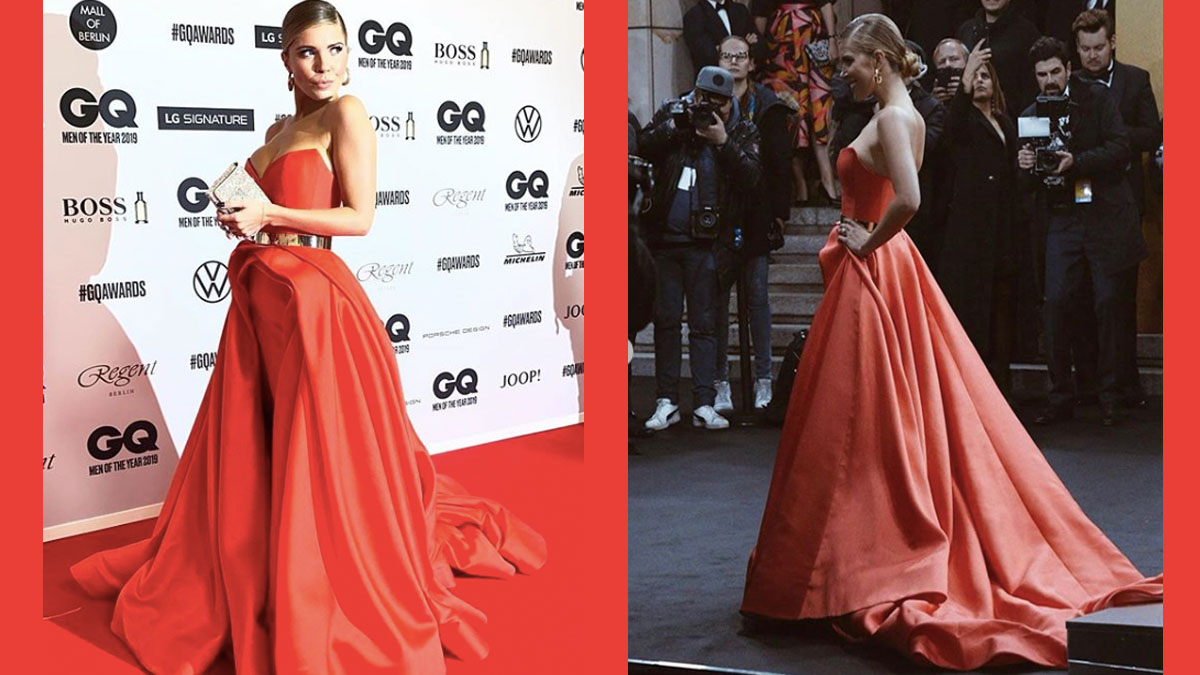 Victoria Swarovski made heads turn at the GQ Men of the Year Awards in her red Mark Bumgarner dress.
PHOTO/S: @markbumgarner on Instagram

Victoria Swarovski, the heiress to multi-billion crystal empire Swarovski, made heads turn at the GQ Men of the Year Awards.

Her red dress was from the Spring/Summer 2020 collection of Filipino designer Mark Bumgarner, who, in his Instagram post, exclaimed, "She’s looking perfect..."

Victoria thanked Mark in the comments column of the latter's post, "Thank you for this amazing dress...I just love it..."

Held at Komische Oper in Berlin, Germany, on November 9, 2019 (November 8 in Germany), the event was also attended by Hollywood actress Sharon Stone, who bagged the Woman of the Year award.

This was not the first time Victoria wore Mark's creations.

Victoria seems to have a penchant for Filipino designers.