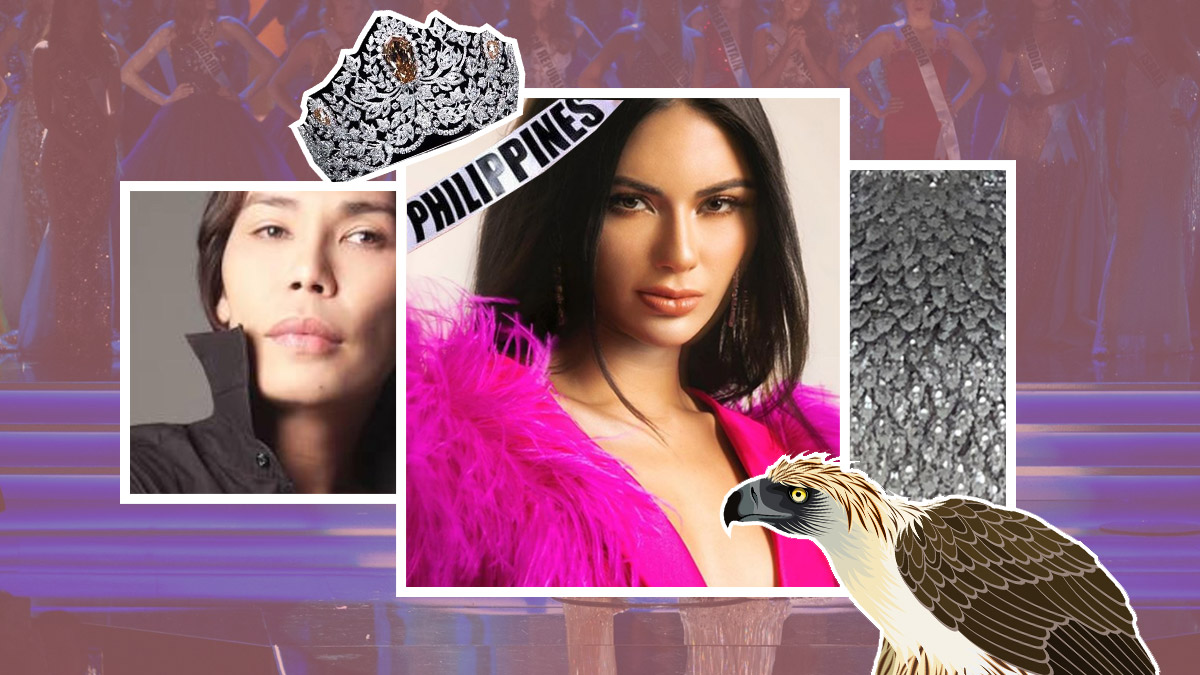 In a Facebook post on Friday, December 6, Filipino fashion designer Cary Santiago shares details of his creations, including the national costume, to be worn by Philippine bet Gazini Ganados at the Miss Universe 2019 pageant in Atlanta, Georgia in the United States.
PHOTO/S: Courtesy of Cary Santiago and Miss Universe on Facebook / @itsninaeilisa on Instagram / ekolara on istock

Filipino fashion designer Cary Santiago was the personal choice of Philippine bet Gazini Ganados to create the evening gown and national costume that she has brought to the Miss Universe 2019 pageant in Atlanta, Georgia, in the United States.

Gazini will be wearing the evening gown at the preliminary round of the international pageant on December 7, Saturday, 8 a.m., Philippine time.

Cary described the gown in a Facebook post on Friday, December 6, as "fabric manipulation sans the glitter.

"The silhouette showcases her figure, which makes it even more beautiful."

For the grand coronation night on Sunday, December 8, Gazini will wear the national costume that, according to its designer, was inspired by the iconic Philippine eagle.

Cary said in his post, "I created a national costume that is somehow worthy for an international event.

"I took my inspiration from our national bird. The design is not as flamboyant but the details are very intricate.

"Its hand-stitched all coming from the same fabric with my signature laser cut patterns."

The Cebu-based fashion designer further said that every dress or gown he made for Gazini is a "labor of love."

"From the Origin models of Sven, Gazini has been my model since 2014 and she is the nicest... I can't also say no to her mentor Jonas Borces."

He continued, "It's sad to note that in our country, we don’t really have the support of the government or any agency that will help us fund and produce beautiful pieces for our Philippine representatives.

"But I assure everyone that I did try my best in designing and creating masterpieces for Gazini."

"You are the reason why the Philippines continues to blaze the trail in an industry that celebrates beauty both inside and out."

On Instagram, Malayka Yamas of Kagandahang Flores Cebu uploaded a photo of a costume that resembles an eagle head.

Kagandahang Flores is the pageant camp that trained Gazini for the Binibing Pilipinas and Miss Universe pageants.

Malayka also posted a close-up photo of a gown, but it did not indicate if it will be worn by Gazini at the Miss Universe pageant.

Use these Shopee promo codes or vouchers when you shop or order online. Marami pang ibang coupons dito.