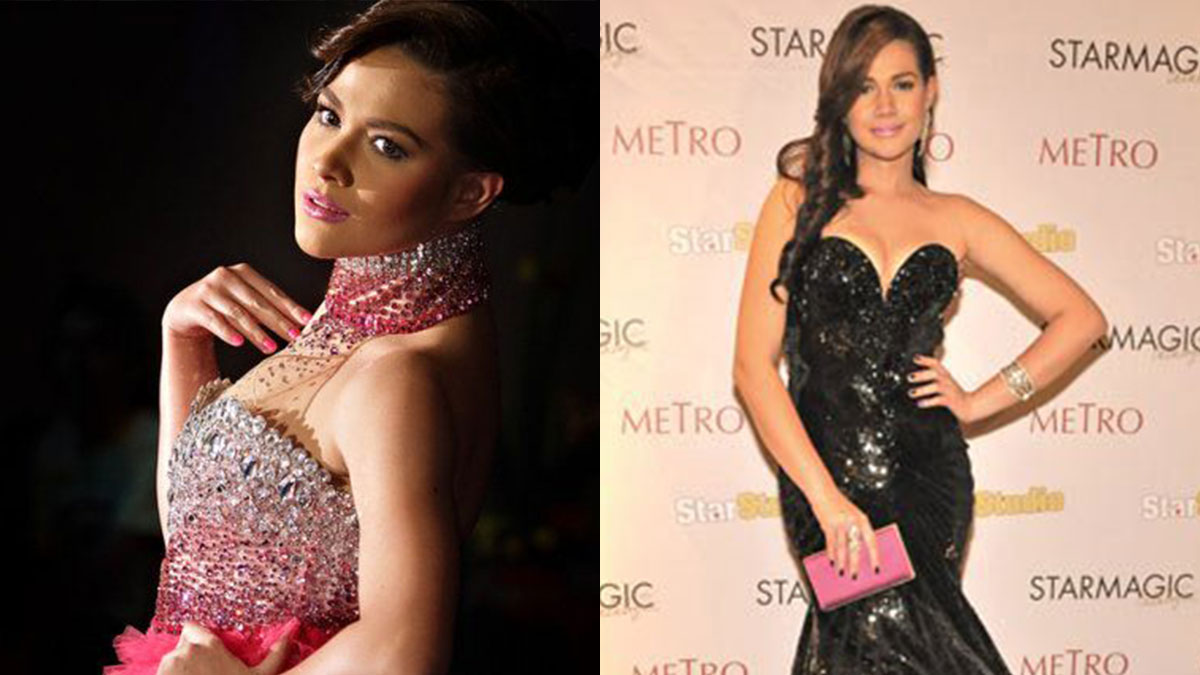 (Left) Bea Alonzo in a fashion a scene in Magkaribal wearing a gown from the 2010 Madame Butterfly collection of Michael Cinco. (Right) Bea at the Star Magic Ball 2010 in a black serpentine gown of the Dubai-based Filipino fashion designer.
PHOTO/S: Photos from ABS-CBN / Star Magic / famousfix.com/topic/bea-alonzo/photos

And no wonder, because the 32-year-old Kapamilya actress has always walked the red carpet well turned out in bold fashion statements.

One of her best red-carpet looks was seen in September 2010, during the 4th annual Star Magic Ball at the Makati Shangri-la Hotel.

In a short interview with PEP.ph (Philippine Entertainment Portal) via Instagram's direct messaging, Michael talked about how Bea came to wear one of his creations.

He recalled, "This black mermaid gown was from my Spring-Summer collection in 2010.

"Her stylist Liz Uy contacted me and asked me if Bea can wear the gown for Star Magic Ball."

She and fellow Kapamilya actor Zanjoe Marudo were hailed Most Stylish Pair that night. 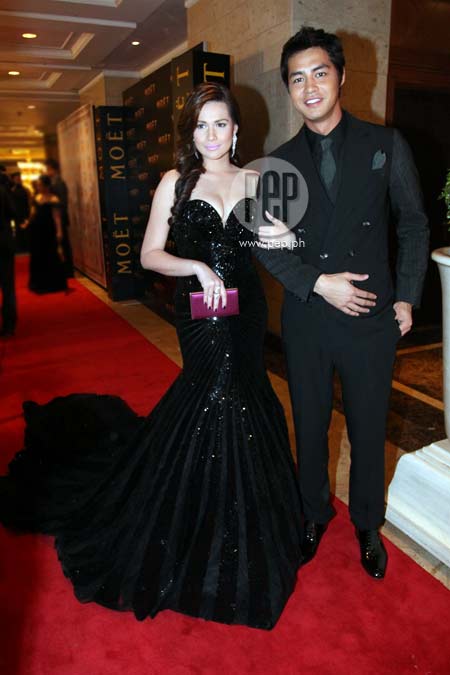 Michael also revealed that the dress he made for Colombian-American actress Sofia Vergara for her appearance at the 2013 Golden Globe Awards was inspired by the black gown he designed for Bea.

The first time Bea wore a Michael Cinco creation was for her shoot as one of Yes! magazine's 100 Most Beautiful Stars in 2010.

She wore an asymmetrical, fully-embellished nude gown for the feature.

In the same year, Bea wore a fuschia-colored gown from Michael's The Impalpable Dream of Madame Butterfly, which first hit the runway of Philippine Fashion Week in May 2010.

Bea wore the gown for a fashion-show scene in the now-defunct primetime series Magkaribal, which also starred Gretchen Barretto.

Undoubtedly one of the most memorable fashion moments in primetime TV history, the moment had Michael saying, "It was amazing and I was very excited to see her looking fabulous in that fuchsia ball gown." 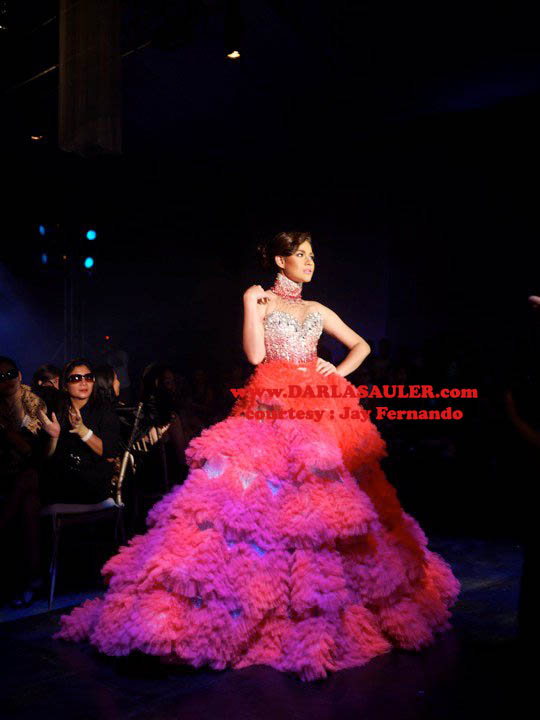 Asked if he had kept the gowns, Michael said, "The ball gown was sold immediately after Bea wore it in the series and the black one was exhibited in my solo fashion exhibition in SCAD Museum of Arts in Savannah, Georgia USA."

Michael and Bea have yet to meet in person, but the fashion designer knows what he likes about her.

He said, "I think I like Bea coz she is very beautiful and sophisticated.

"Although I didn’t have the chance to personally meet her and work with her, I like her personality."

Nagtitipid? Get your fashion fix via Zalora with this Promo Code.