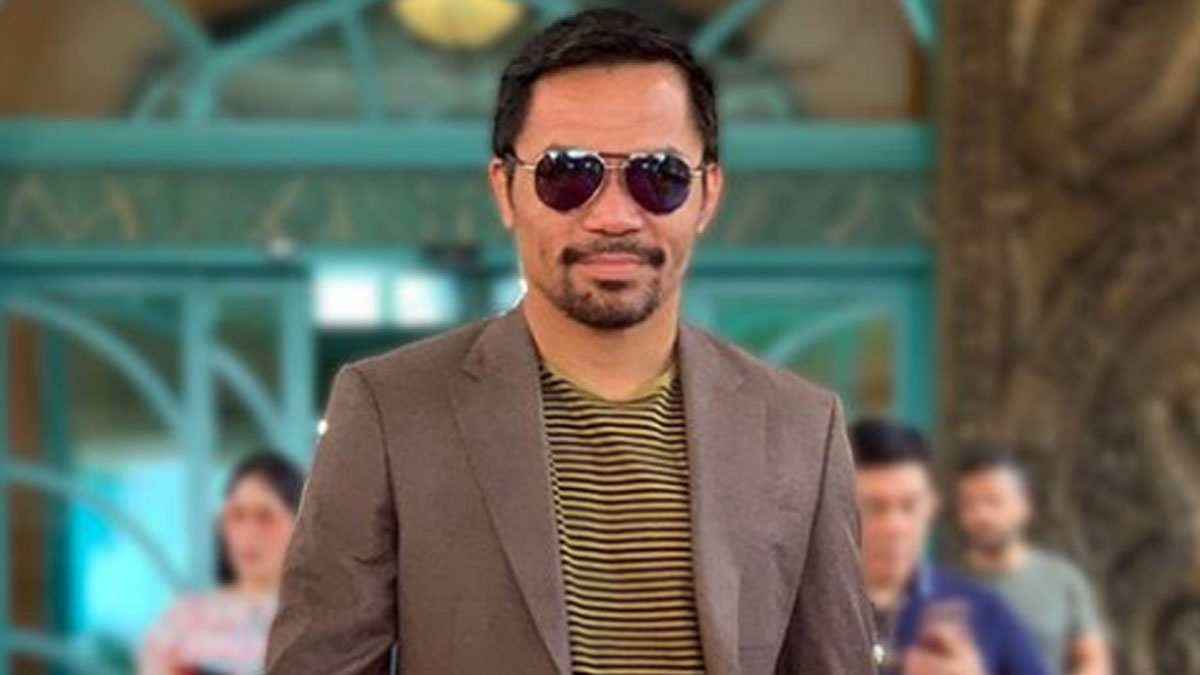 August 21, 2014: A post about "feeling upset" over misplacing a vintage Rolex watch appears on a Facebook page bearing the name "Manny Pacquiao." True or false?
PHOTO/S: @mannypacquiao on Instagram

On August 21, 2014, a Facebook page bearing the name "Manny Pacquiao" offered a PHP5 million reward to the finder of his watch, which "is more expensive than a FERRARI."

The post that included a photo of a gold watch and a Ferrari sports car read: "Reward P5,000,000 sa sino mang magbabalik ng watch ko. I left my Vintage Rolex inside the restroom of a 5 star hotel in Manila, I removed my watch while washing my hands. 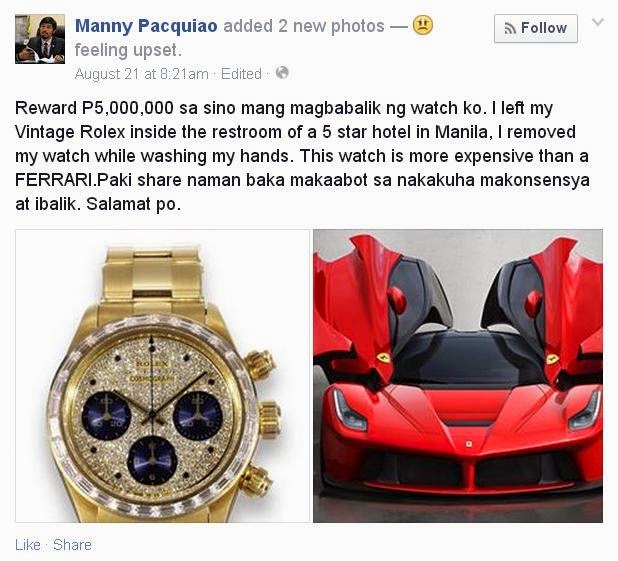 In a separate post, the Facebook page gave more details about the missing watch—a 2010 model of Rolex Cosmograph with serial number G-753439 valued at USD585,000 or around PHP29 million.

The Facebook page also said only 11 were made of that model, mentioning Hollywood actor Brad Pitt, Thailand's Prime Minister Thaksin Shinawatra, United Kingdom's Prince Charles, and the late basketball icon Kobe Bryant supposedly among the few other owners of the watch.

"Manny" also said that while the watch was "100% insured," he wanted it back because of its sentimental value to him.

The news about the PHP5 million reward went viral on social media, and was even picked up by international publications including beckertime.com and International Business Times, a digital global news publication based in New York City.

Manny's camp neither confirmed nor denied the issue.

But what the netizens pointed out was the post was actually a hoax.

Netizens pointed out that Manny has a different and verified Facebook page, which he could have used to make the announcement.

Manny was also in Macau for the first leg of his six-city promo tour with American boxer Chris Algieri when the post was published.

The real Manny Pacquiao does have a collection of expensive watches.

In 2015, he was spotted wearing a 40mm 18ct yellow gold Rolex GMT-Master II set with pave diamonds and black sapphires at a press conference after his defeat to Floyd Mayweather.

According to superwatchman.com, its estimated price is USD175,000 or around PHP8.7 million.

In 2019, the boxing champ and senator was spotted wearing an Audemars Piguet Royal Oak Tourbillon Extra-Thin In 18KT Pink Gold. According to @celebwatchspotter on Instagram, it comes with a price tag of GBP148,000 or around PHP9.2 million.