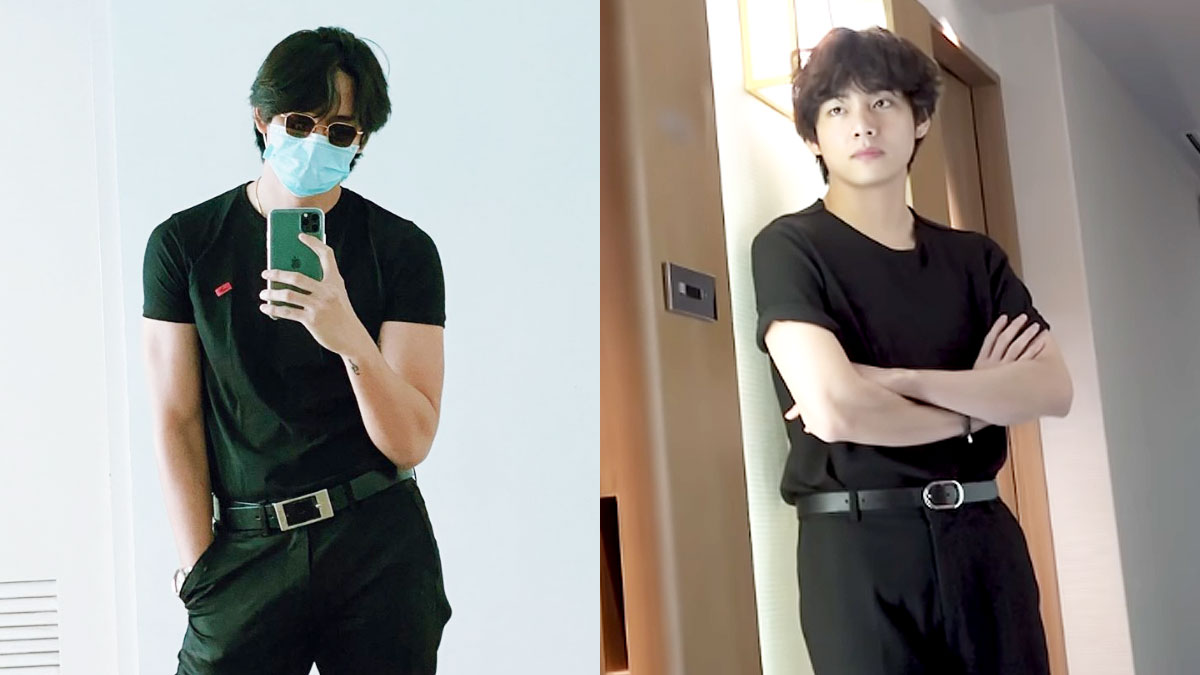 Ruru Madrid's (L) all-black ensemble was noticed by his idol, no less than V of BTS.
PHOTO/S: @rurumadrid8 on Instagram / Screengrab from BANGTANTV on YouTube

On Wednesday, July 15, Ruru made the hearts of Filipino BTS fans (aka PH ARMYs) flutter after he uploaded a mirror selfie, which showed him rocking a similar fashion ensemble as V, on his social media accounts.

In his caption, Ruru wrote the idol group's 2019 chart-topping hit "Boy with Luv" with a tiger emoji.

PH ARMYs pointed out that he could easily pass for V's brother.

V wore the all-black outfit at the birthday party of fellow BTS member Jin in December 2019, after attending the Mnet Asian Music Awards in Japan.

Thrilled about V's comment, Ruru retweeted it with a starstruck emoji.

Winwyn Marquez, who is also a big fan of BTS, was happy for the Kapuso actor.

In a tweet, the beauty queen told Ruru (published as is), "Okay ruru okay. [smiling face with heart-shaped eyes and grinning face with smiling eyes emojis] isang malaking high five sayo! Why am I so proud?! Haha!"

"Borahae" is a Korean word made popular by V which means "I purple you."

Purchase your OOTD on Zalora and use this promo!