Kris Aquino refrains from buying luxury items: "You're not going out...what's the point?" 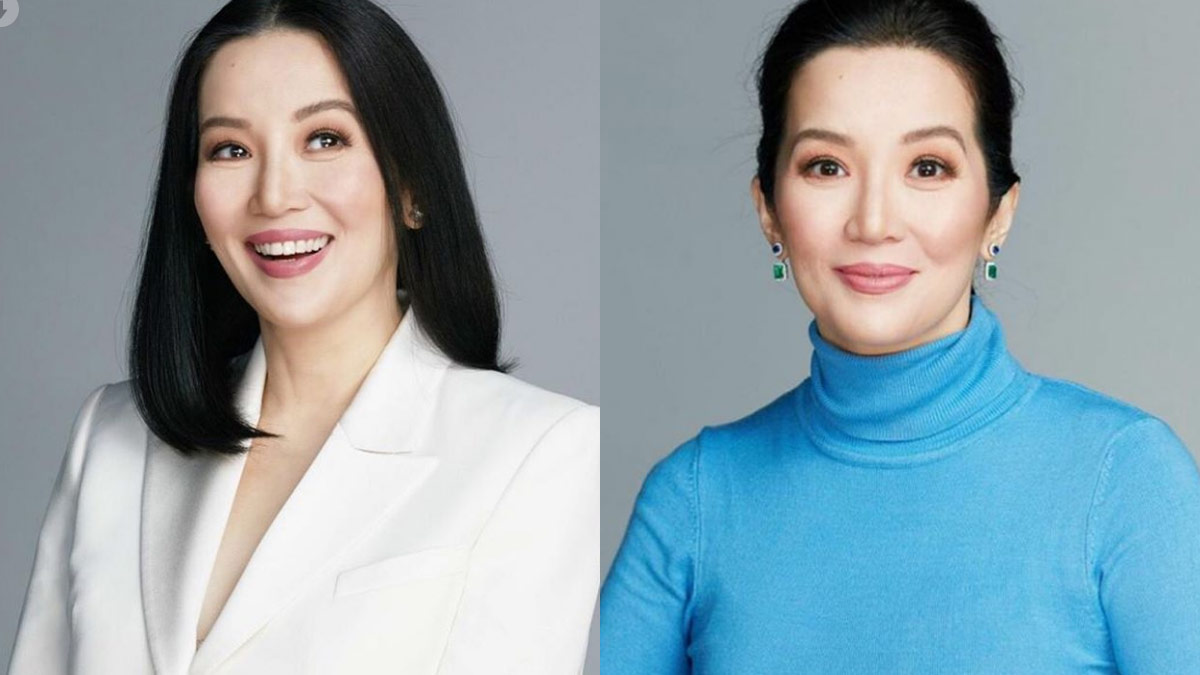 Kris Aquino on why she stopped buying luxury items over the past seven months: "It's the wrong time, it's insensitive, and there are other more important things in life."
PHOTO/S: @krisaquino on Instagram

Kris Aquino has always been open about splurging on designer pieces.

Remember the two-part vlog she released in 2017? It was about the vintage Chanel bags she bought in Japan.

But the pandemic has taught her to be more conscious of her luxury splurges.

"I stopped totally. I did not buy a single thing from March until now that is branded," she told PEP.ph (Philippine Entertainment Portal) and other members of the press in a Zoom interview last Tuesday, October 20.

Kris, who was launched as the newest endorser of Shopee that day, continued, "Nalungkot ang Net-A-Porter. Nawalan sila ng client. Because I realized also that it didn’t matter."

Net-A-Porter is where Kris shops for her designer items. She currently enjoys an "Extremely Important Person" status on the shopping website.

However, she said, "I think I'm gonna be downgraded already because I did not buy anything at all. Because I really feel, what changed is because you're not going out, so what's the point?"

The celebrity endorser later quipped that her credit cards are "sad" since she hasn't been using them to shop.

She also hasn't really bought anything expensive for her sons.

"The only thing the boys have bought and I have bought, Bimb only got a TV because nabasag yung TV niya. Kuya [Josh] did not get anything for his birthday."

Her two-month lockdown experience in Puerto Galera made Kris realize she has a lot of unused designer goods.

Kris and her sons, Josh and Bimby, were isolated at Willie Revillame's beachfront resort in Puerto Galera, while the enhanced community quarantine was in place from March 15 until May 30, 2020.

She told PEP.ph, "We realized also it's the wrong time, it's insensitive, and there are other more important things in life, and I think that's the biggest realization also.

Kris found herself putting more importance on the health and security of everyone in her house, especially after four members of her household got infected with COVID-19.

She said, "When everybody got sick, I prioritized buying health insurance for everyone."

The host/vlogger also acknowledged how the pandemic changed her priorities when it came to shopping habits.

Kris said, "I think what changed a lot for us is that we are so into making sure that everything is clean. Bimb is obsessed with wearing things [personal air purifiers]. He even sleeps with one on.

"I don't know if it works or whatever or if it's just psychological. Pero for him, he said that his allergic rhinitis went away because of that.

"We bought more of those UV cleaners. Then, because we're doing this [digital presscon], in front of me, we have one ring light and two of the smaller lights. I know that the smaller lights, we bought those online.

"We have 15 of UV care. We ordered from the manufacturer the ones that clean the air. So, those are the things that changed. Those are the big splurges.

"We keep replenishing the face shields from Shopee, the face masks. Those are the things that have changed."