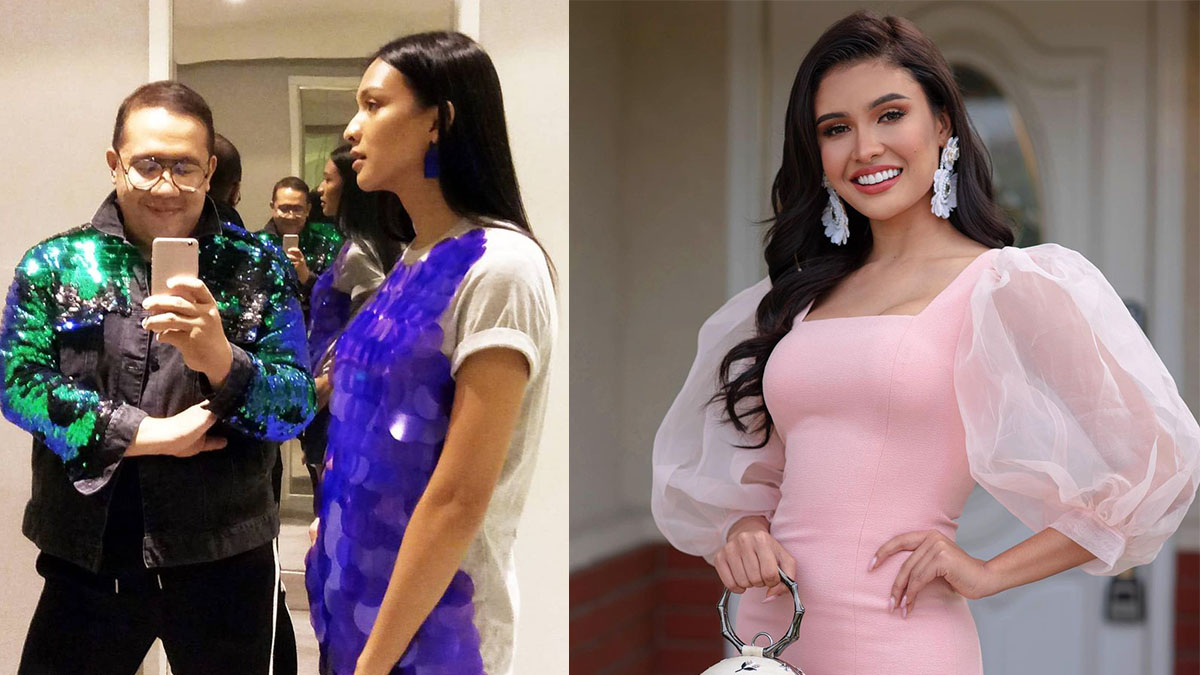 Philippine bet Rabiya Mateo has been impressing pageant fans since she arrived in the United States on Saturday, April 10, 2021 to vie for the Miss Universe crown.

Dressed to the nines in eye-catching OOTDs during pre-pageant activities, the 24-year-old Illongga beauty queen sure draws the crowd.

And according to her stylists Rain Dagala and Em Millan, they ain’t seen nothing yet.

Talking about their styling project with Rabiya during this exclusive interview, he declared exuberantly it has been the "greatest performance of our lives.” 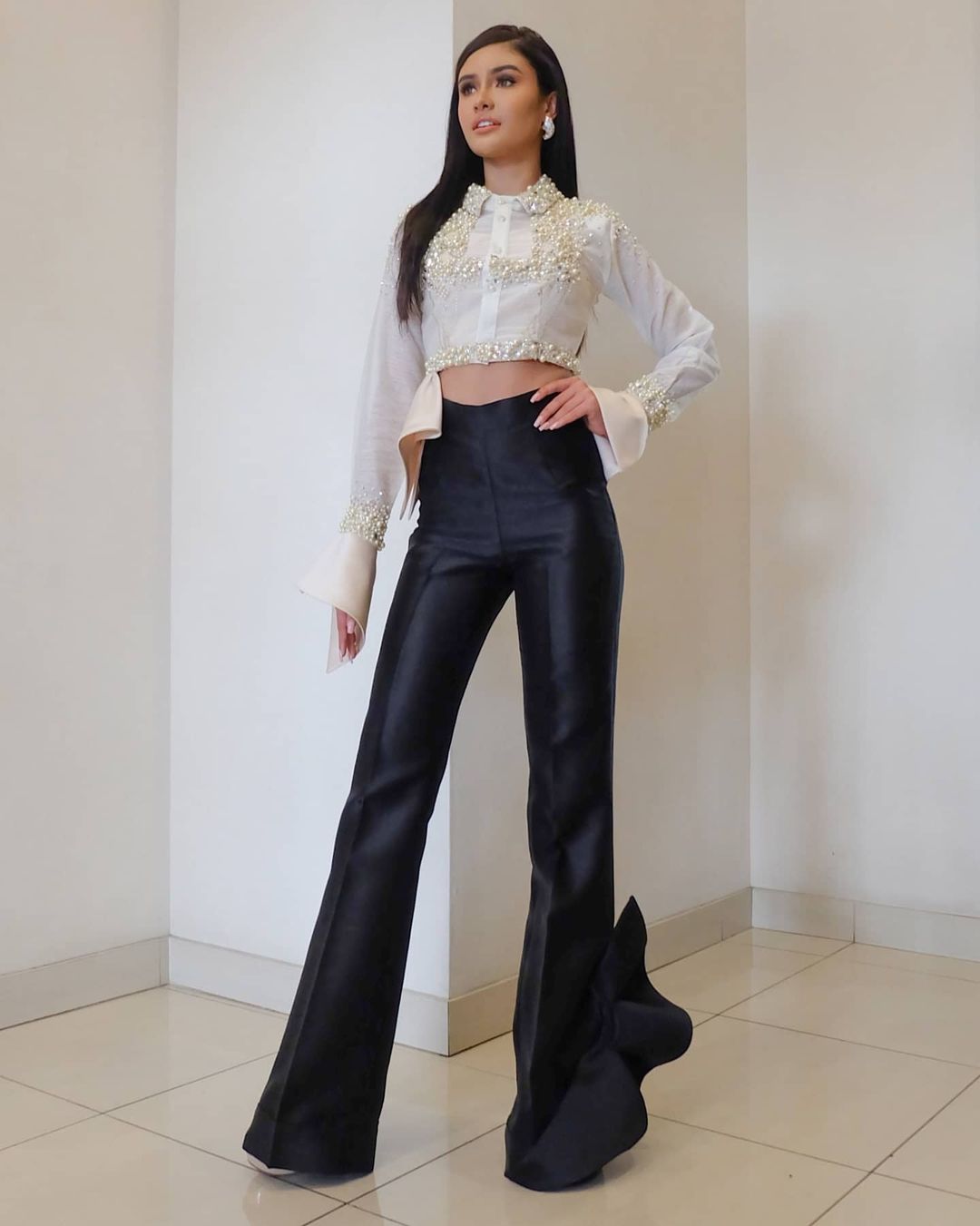 Asked about their experience curating looks for Rabiya, Rain said it has been challenging given the pandemic scare in the country and with the Enhanced Community Quarantine (ECQ) adding to their anxiety.

“So dahil doon, everything that we had planned out properly, na-revise siya last minute at nagmadali kami. 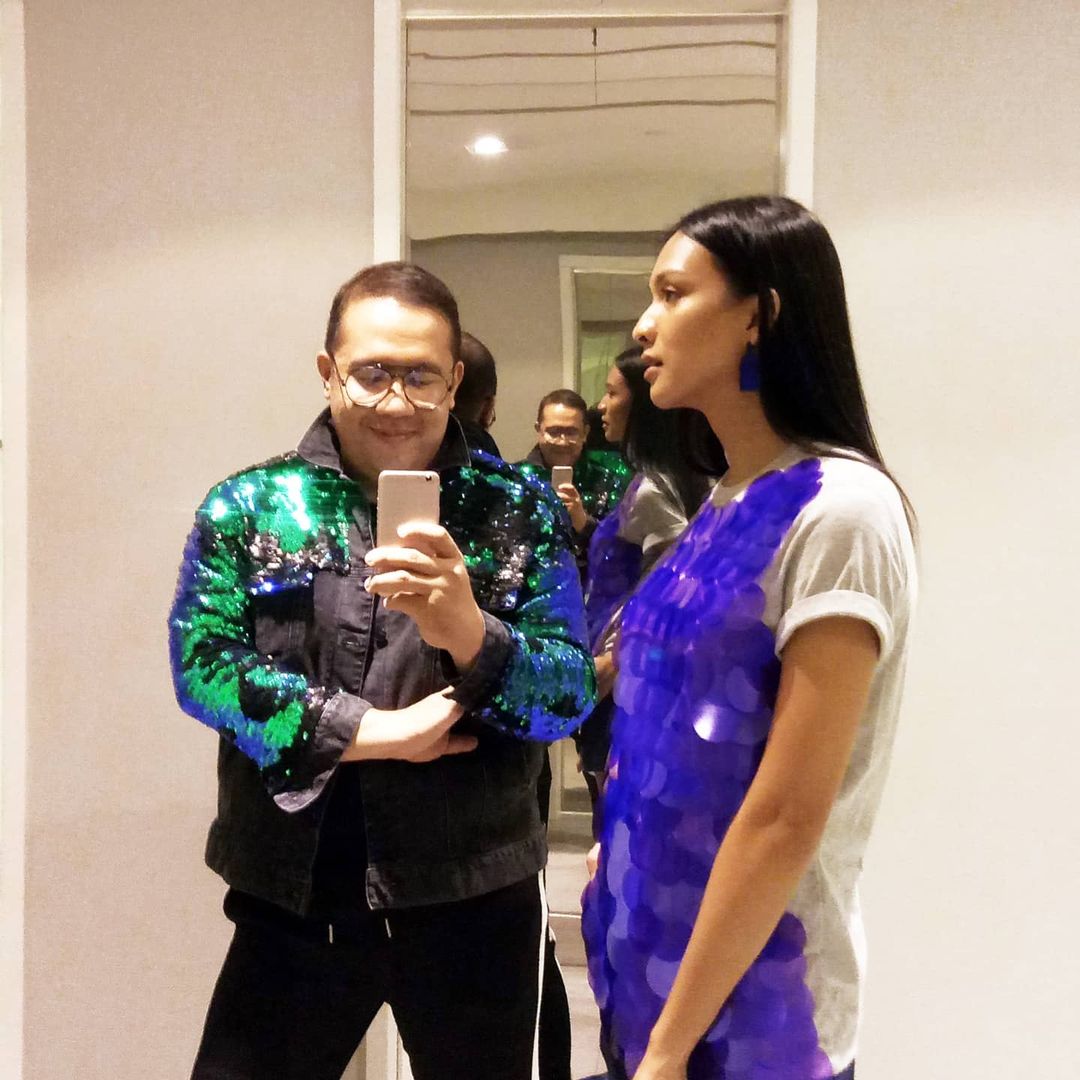 WORKING ON A BLANK CANVAS

Rain remembered Rabiya telling them during their session that fashion was not her strong suit.

He said, ”Nung pumunta si Rabiya sa amin, parang she was really a blank canvas. Aminado siya na fashion was not her strength.

Eventually, Rabiya would find her style preferences and, according to Rain, she loves feminine clothes that exude sexiness and confidence.

Rain continued, ”We took our time to play and discover.

"Through the process, parang she realized na she's gearing towards clothes that are feminine, gusto niya yung pa-girl.

Rabiya also got playful with her color choices, which her fans can also expect as she goes through her Miss Universe 2020 journey in the coming weeks.

Rain averred, "In terms of colors, you will see a lot of colors. She will be wearing lots and lots of colors.

Are there clothes that Rabiya avoids wearing?

"Those clothes make her frame look smaller. She's not petite.

“Yung volume-on-volume dress is a no-no for her kasi nada-drown siya. 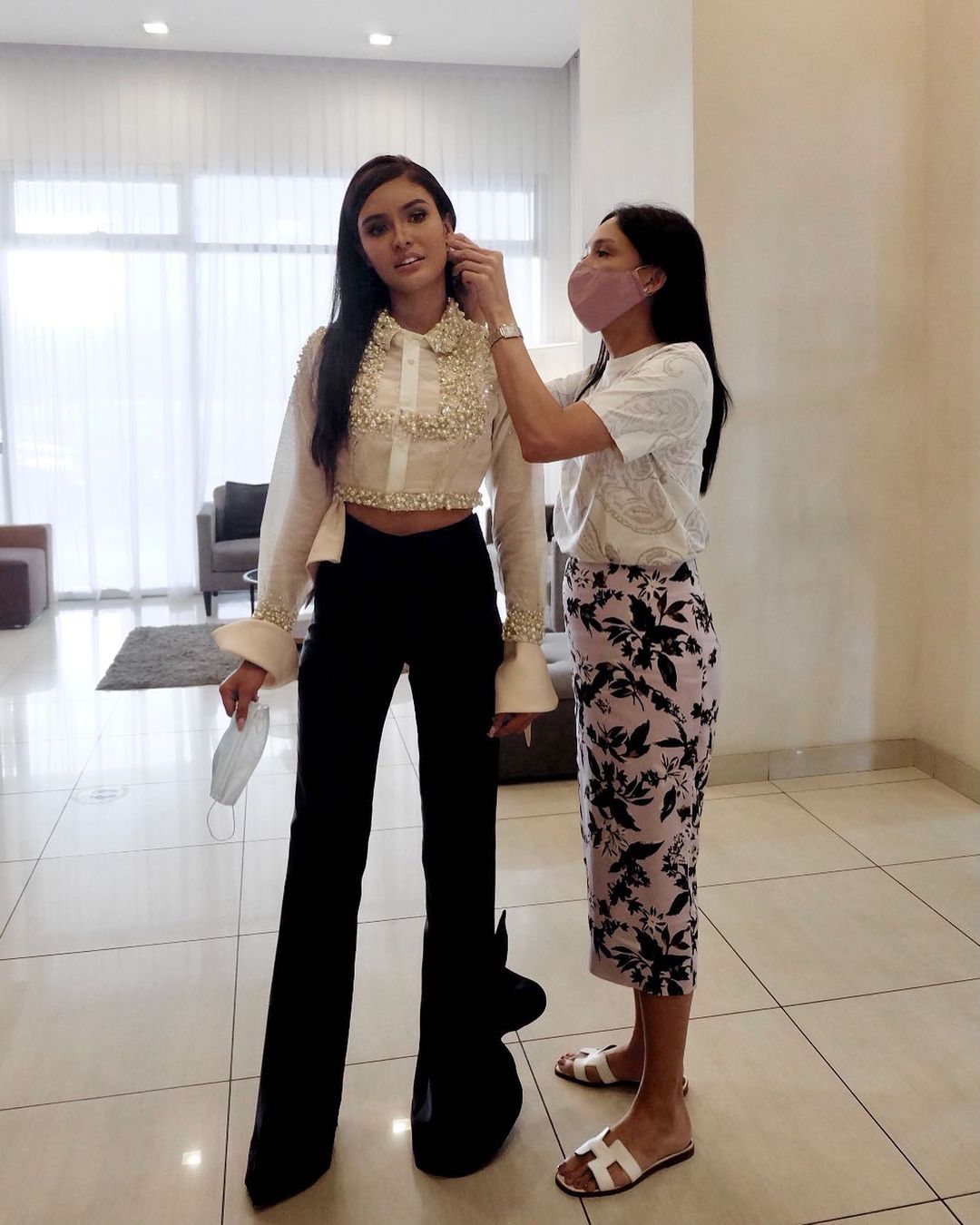 Rain and Em started preparing dozens and dozens of OOTDs for Rabiya in January 2021, a harried time for both of them.

Rain said they had to isolate themselves for a week and get swabbed before they met with Rabiya for her fittings.

Still, they were given only one day with Rabiya, "We spent the entire day fitting all the looks.

“We tried all the looks nang walang assistant, walang anything. Just the three of us."

As a stylist, Rain counts showbiz personalities, including Maymay Entrata, Edward Barber, Ellen Adarna, and Bianca Gonzales, among her clients.

And for him, his work entails a lot more than just making his clients look good.

He told PEP.ph, "Honestly, I think sinabi ko naman din sa iyo ito before, the success stories that we have with our clients is when we build a connection with them.

"So yung kay Rabiya, every time we were given the chance to meet her, talk to her, plus we have this WhatsApp group na lagi kami nagkakamustahan.

"I always find a way to build a connection with her. True enough, ang bongga niya.

"We have a queen who is genuinely nice and genuinely aware sa pinasok niya. That's why we were able to do, kahit na sobrang haggard, super fun."

But what was particularly harrowing for Rain and Em was organizing Rabiya’s outfits without the official itinerary.

"Given all the constraints, kung hindi maayos na tao yung nakatrabaho namin, it would have been more difficult." 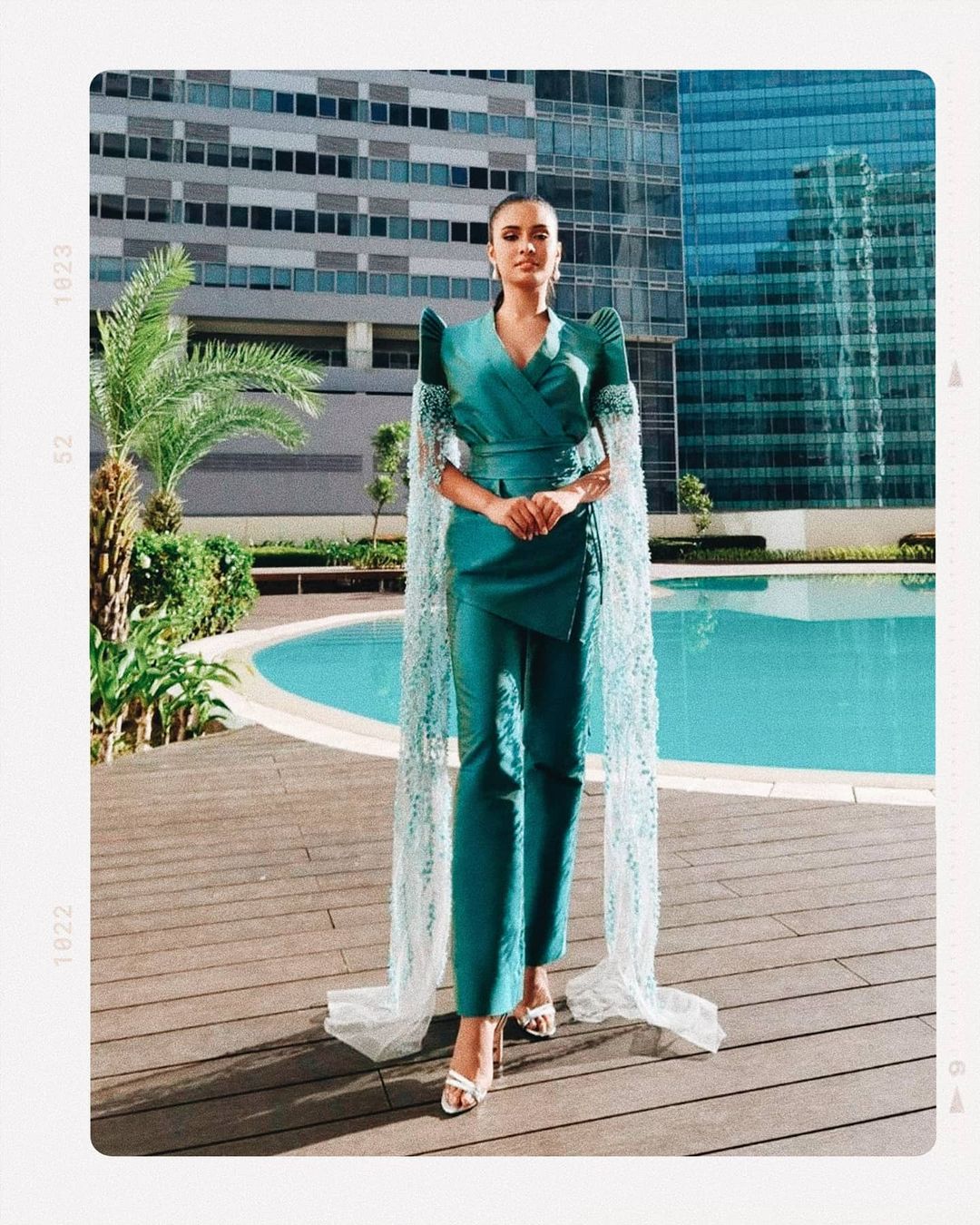