The inspiration behind Rabiya Mateo's arrival outfit at Miss Universe 2020 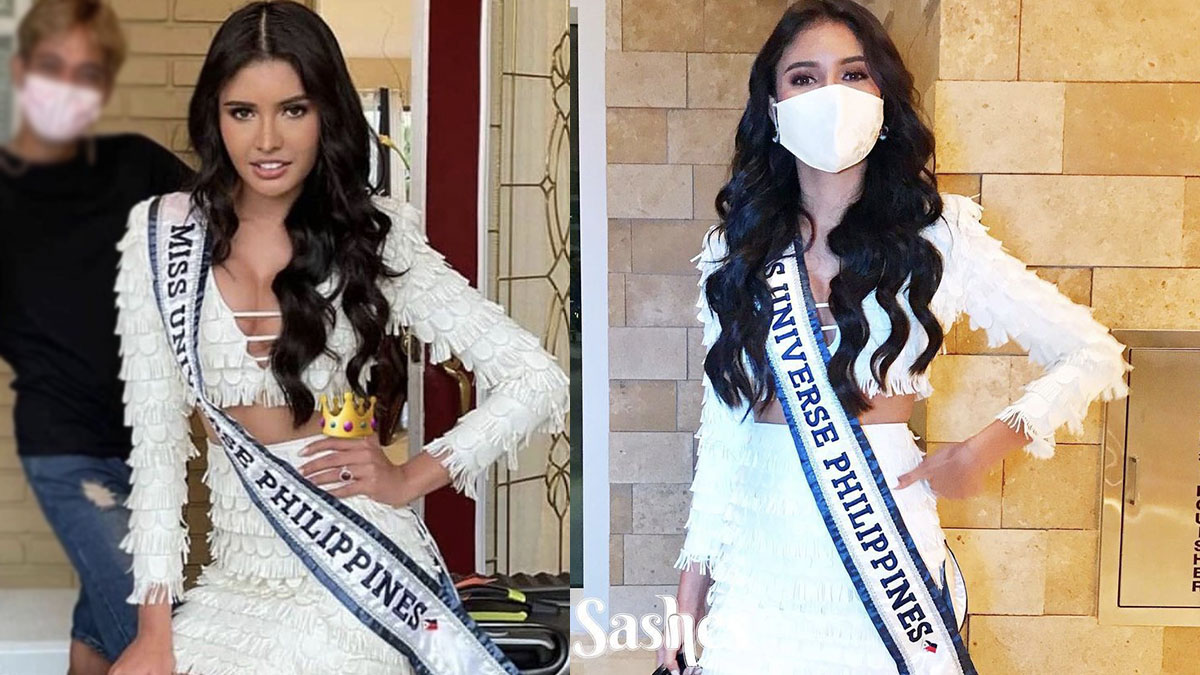 Rabiya Mateo arrives at the Miss Universe 2020 venue in an all-white ensemble that made her look like an angel descending on earth—exactly what Quezon City-based designer Yeye Pantaleon had in mind when he made the outfit for the beauty queen.
PHOTO/S: @heyadamg / @thaisashes on Instagram

Rabiya Mateo made heads turn during her arrival at hotel venue of the Miss Universe 2020 pageant.

On Thursday, May 6, 2021 (May 7 in the Philippines), the candidates of the pageant's 69th edition started arriving at the Seminole Hard Rock & Casino in Hollywood, Florida.

Rabiya wore a white fringed skirt and long-sleeved midriff top made by Quezon City-based designer Yeye Pantaleon. She paired it with nude-colored heels and accessories from Lvna by Drake Dustin.

In a short exchange on Instagram's direct message, Yeye said he was surprised when he found out that Rabiya wore his creation on the pageant's first day.

He said, "I am overwhelmed and surprised!

"But seeing the dress fit well on her, it really was made for Queen Rabiya.

"And she delivered the exact same inspiration I have envisioned."

Asked about the inspiration for his design, Yeye said he wanted to bring out Rabiya's angelic aura.

The designer told PEP.ph, "The inspiration was the sweet, angelic face of Queen Rabiya, her innocence. But behind those eyes, I sense the burning fire inside her.

"So I incorporated sweet yet sultry, sexy but blithe dress for her so kailangan ko siya ibalance sa design.

"That's why I went for white palette to present her angelic aura then we used leatherette fringes details to bring the playfulness in her, and the alluring silhouette to show her empowered womanhood."

In a previous interview with PEP.ph, Rabiya's stylist Rain Dagala revealed that they tapped more than a hundred fashion designers for Rabiya's OOTDs for the Miss Universe pageant.

Rain said, "We don't want to be a connection-based thing since meron tayong goal to change the game and be more fashion-oriented.

"Parang dapat i-ano natin ito, let's open the doors to more people who can deliver and evaluate it based on what they can bring to the table.