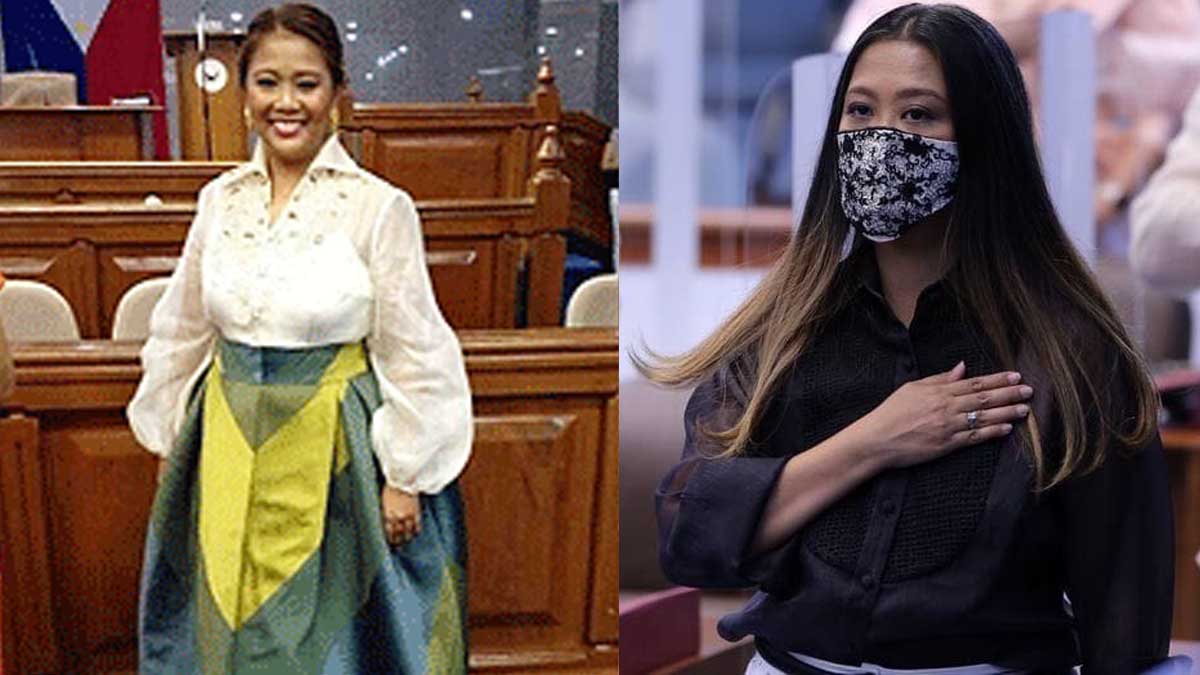 Senator Nancy Binay receives positive comments for her black-and-white OOTD during the sixth and final State of the Nation Address of President Rodrigo Duterte. In left photo, the senator in previous SONA wearing an outfit that spawned a lot of funny memes.
PHOTO/S: File Photo / Courtesy of Senate of the Philippines / Sen. Nancy Binay

Senator Nancy Binay is a favorite topic of netizens each year the president holds a State of the Nation Address (SONA).

Remember when she "matched the carpet" during SONA 2018 with her light blue Randy Ortiz Filipiniana? Or the time she was bashed for her controversial Terno made by the same designer house before the SONA of the late former President Noynoy Aquino in 2013?

But this time, it seems the 47-year-old legislator has left a positive impression on netizens.

On Monday, July 26, 2021, Senator Nancy was present during the opening of the third regular session of the 18th Congress.

Her make-up was barely there, her ombre-colored hair straightened with a mid-part.

Netizens, amazed by the senator's OOTD, described it as "pandemic glow up."

Others would love to know who did her hairstyle.

A Twitter user also compared her style evolution from her earlier years.

Of course, netizens also got creative with their memes.

This one wanted Senator Nancy to do a "collab with Beyonce and Adele."

There were also some who even made a mock art card of Senator Nancy endorsing a popular conditioner brand because of her silky, smooth, and straight hair.

In an interview with CNN Philippines, Sen. Nancy said she is not keen on running for a higher position in 2022.

In the Philippines, politicians are allowed to serve as senators for two consecutive terms.

She is now on her second consecutive term after winning the 2013 and 2016 elections.