Dindi Pajares stunning in her national costume for Miss Supranational 2021 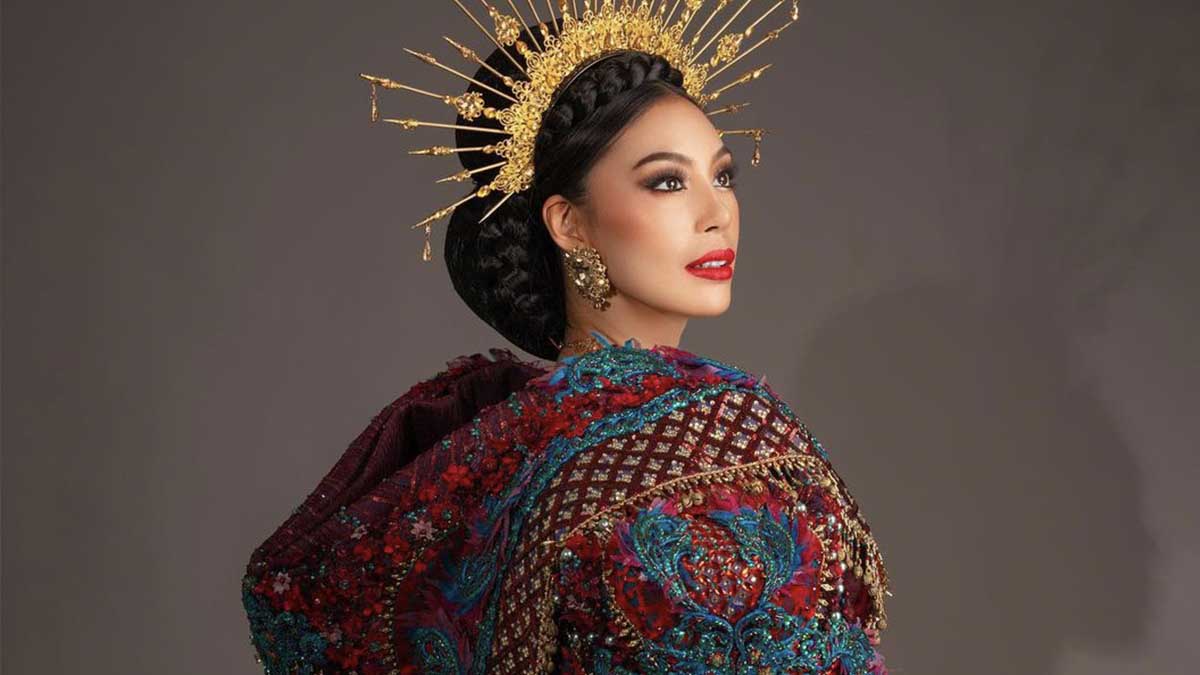 The 28-year-old beauty queen from Bataan exudes elegance, looking like a lady belonging to principalía (noble class) during the late 19th century.

She wears a traditional Zamboangueña gown, also known as mascota.

Her national costume is a creation of Zamboanga City-based fashion designer Erich Miñoza.

It comes with a golden headpiece, which is made by Louie Gallego.

In Dindi's caption, she details, "A Mascota is the traditional wear of the Zamboangueñas popularly worn in the 1900s.

"A mascota is made up of SIX elements: corpiño (silk or cotton slip), candongga (panuelo), renggue (upper garment), sobre falda (tapis), cola (the skirt), and enaguas (inner lining of the skirt).

"Without just one of these elements, it is not a mascot." 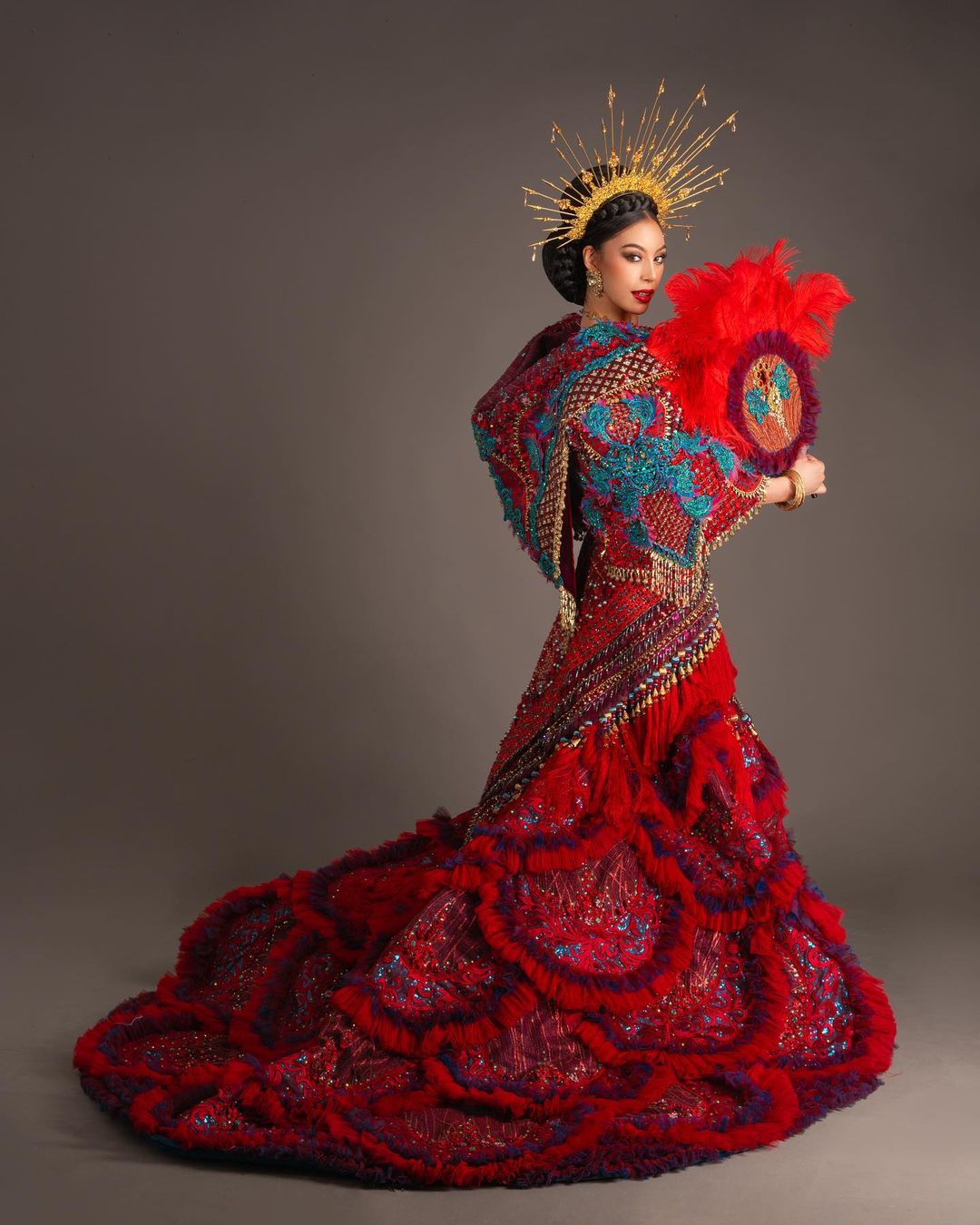 Her post continues (published as is), "The inspiration of this Traje is all about women empowerment - as fashion is a highly visible and forceful medium that commands attention and communicates possibilities.

"It aims to channel the cry for women empowerment, a work of art that would be definitely make everyone stop, look and listen.

"The designer believes fashion has often been stigmatized as frivolous and antithetical to feminism; this exhibition is showing the opposite – “challenging stereotypes of what feminism can be." 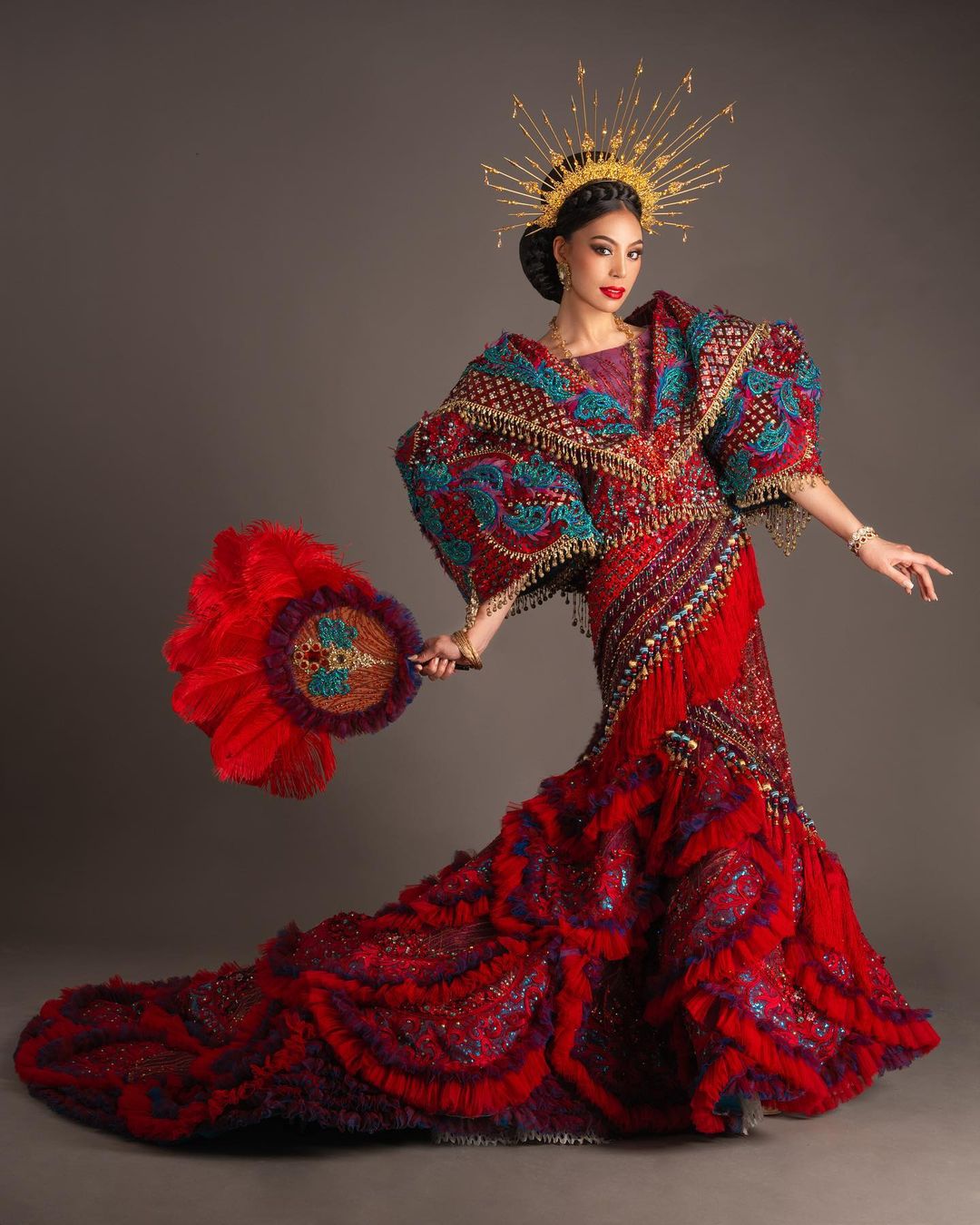 Dindi explains, "Zamboangueño Fashion Designer Erich Miñoza, desires to show diversity: as 'every race, every ethnicity, every background' with the use of intricate details and fabric manipulation that showcase excellent techniques bringing the edge to this creation, encrusted with various crystal beads and shadows of pailletes and adorn with antique small bells that produce sounds and was originally supplied by a group of indigenous women where intentionally used to create resonances in celebration of feminism beyond ethnicity.

"A virtuous demonstration of that boldness of what women want to show through their clothing. Through playfull and risky combinations of loud colors that speaks for its self, Lazer cut out technique for sleeves and panuelo and showcase of interesting embellishment like the wing inspired ornamentation aims to express that women just like feathers are soft yet through this they can soar and fly.

"We’re looking at womankind and empowerment in a different way." 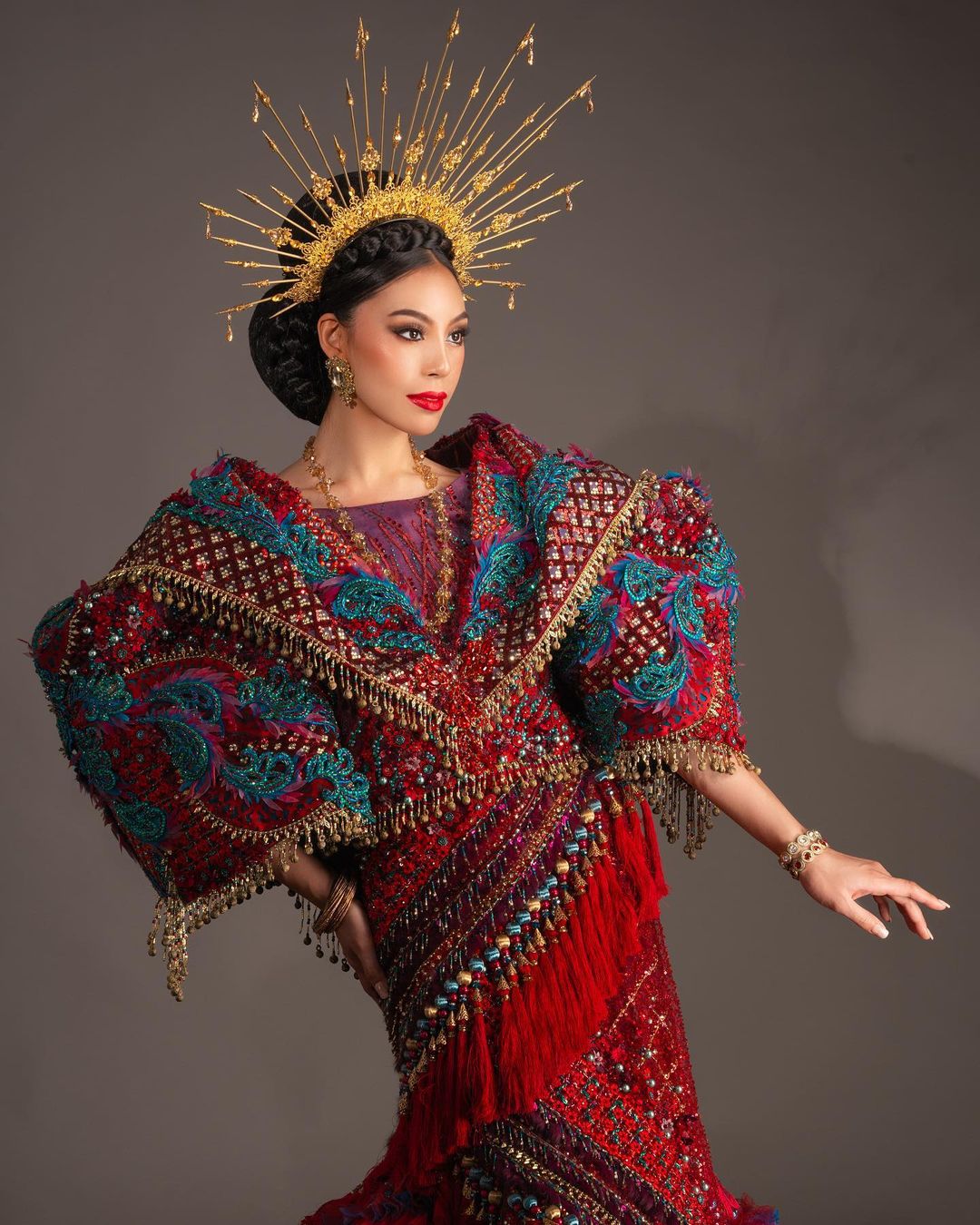 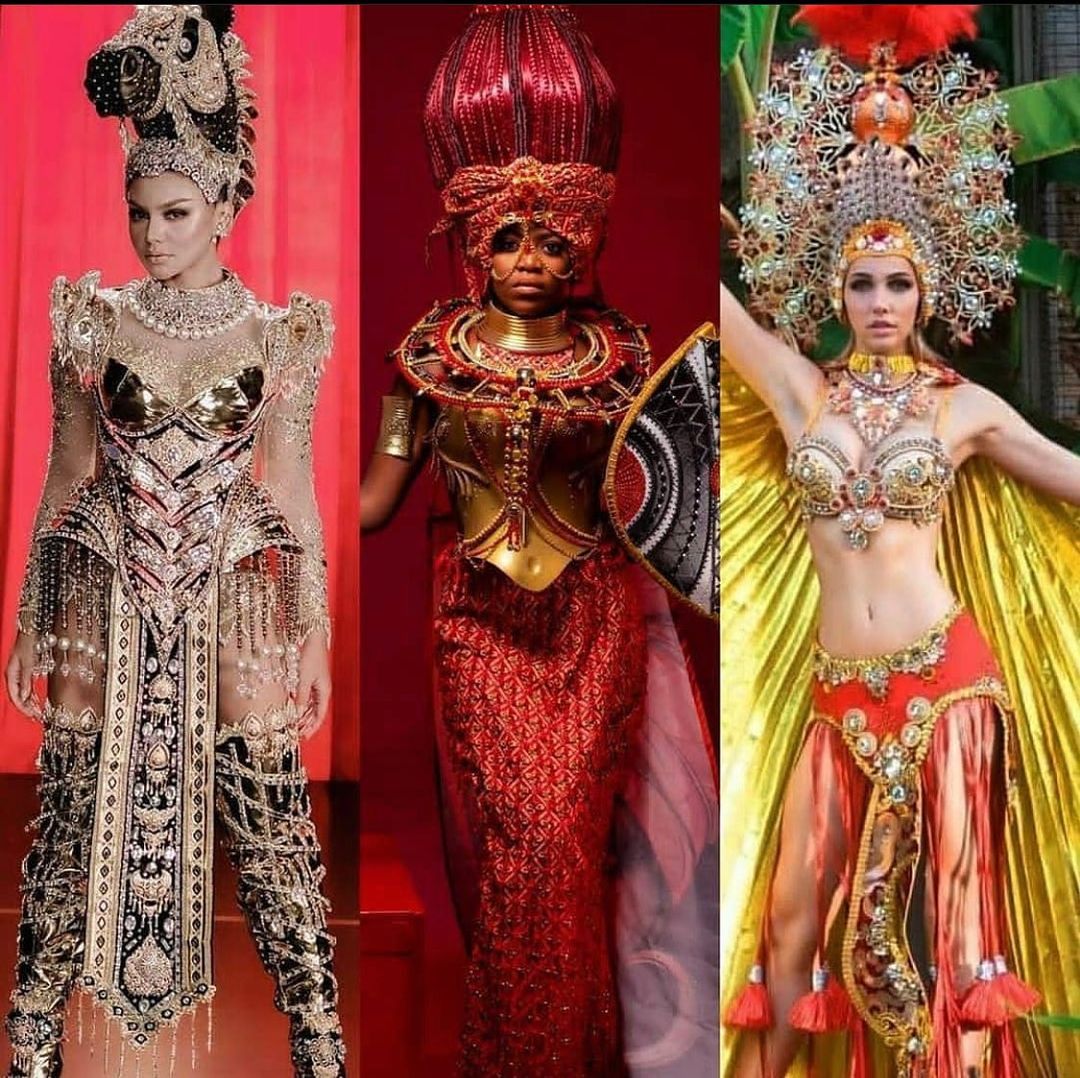 Dindi is among the pageant's strong contenders.

She has been a consistent placer at the Supra Influencer Challenges, such as the Supra Fan Vote Top 10 and Supra Model Challenge Top 11.

Dindi is also named Miss Elegance 1st runner-up and the winner of Episode 7 in the Supra Chat with Ann challenge.

The grand coronation night of Miss Supranational 2021 will be held on Sunday, August 22, 2021 (around 2 a.m. in Philippine time), at Strzelecki Park Amphitheater in Nowy Sacz, Poland.