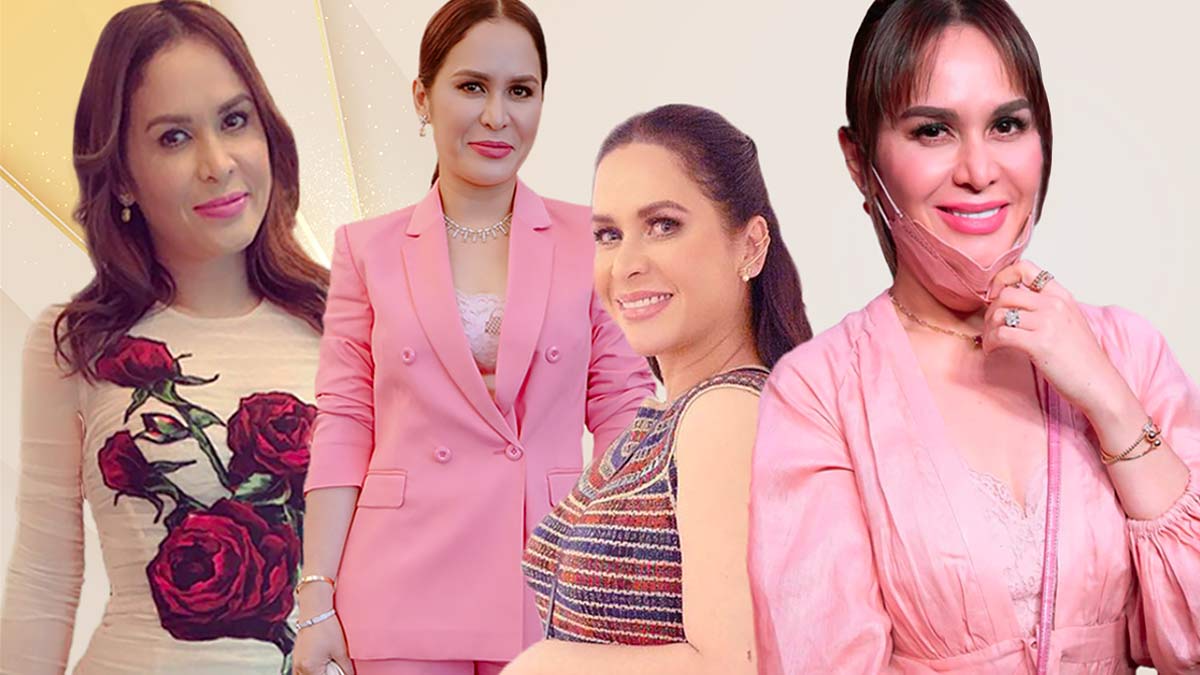 Throughout the Pambansang Kamao's many matches, Jinkee has entertained the world with her fashion choices.

The Jinkee who wore a simple white dress to her wedding is no more. Today, she is a bonafide fashionista whose style is anything but simple.

PEP.ph (Philippine Entertainment Portal) tracks Jinkee’s style transformation against the backdrop of her husband’s matches since 2015.

pink all over AT PACQUIAO-UGAS MATCH

We start with Jinkee’s latest incarnation, a youthful all-pink OOTD, which she wore to her husband’s latest boxing bout. Manny went up against Yordenis Ugás on August 21, 2021.

Jinkee was by his side in a blush-pink summer dress from Zimmermann, a pair of Cinderella-inspired heels from Amina Muaddi, a pink mini Lady Dior bag, and jewellery from Tiffany and Co. and Van Cleef and Arpels.

Total cost of this OOTD? PHP2.2 million, at least! 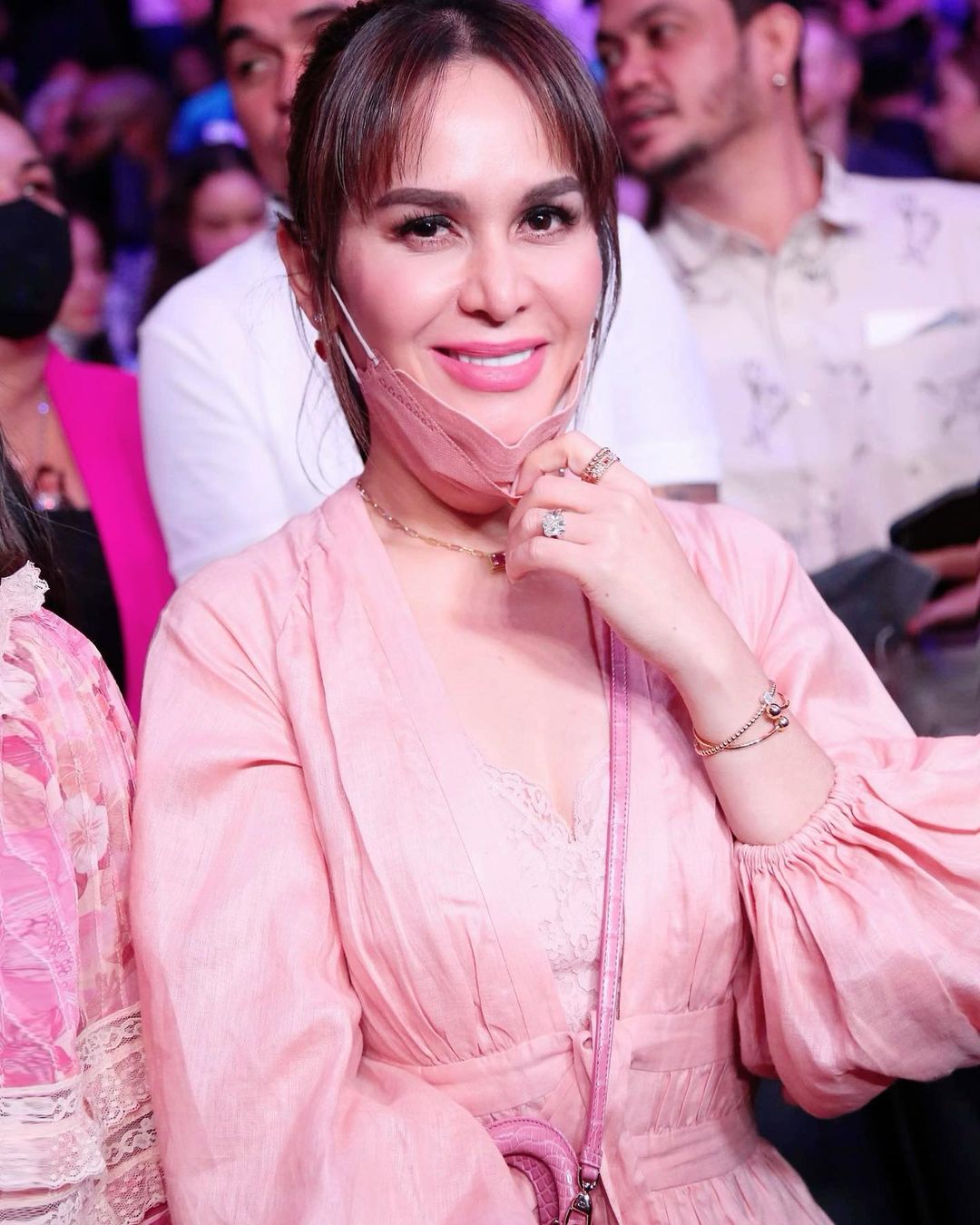 In July 2019, Manny went head to head against Keith Thurman in Nevada. For the occasion, Jinkee picked a dramatic, Egyptian-inspired multicolored column dress.

The dress was sourced by her personal shopper Aimee Hashim at a Chanel boutique in Japan. The price tag? PHP155,000. 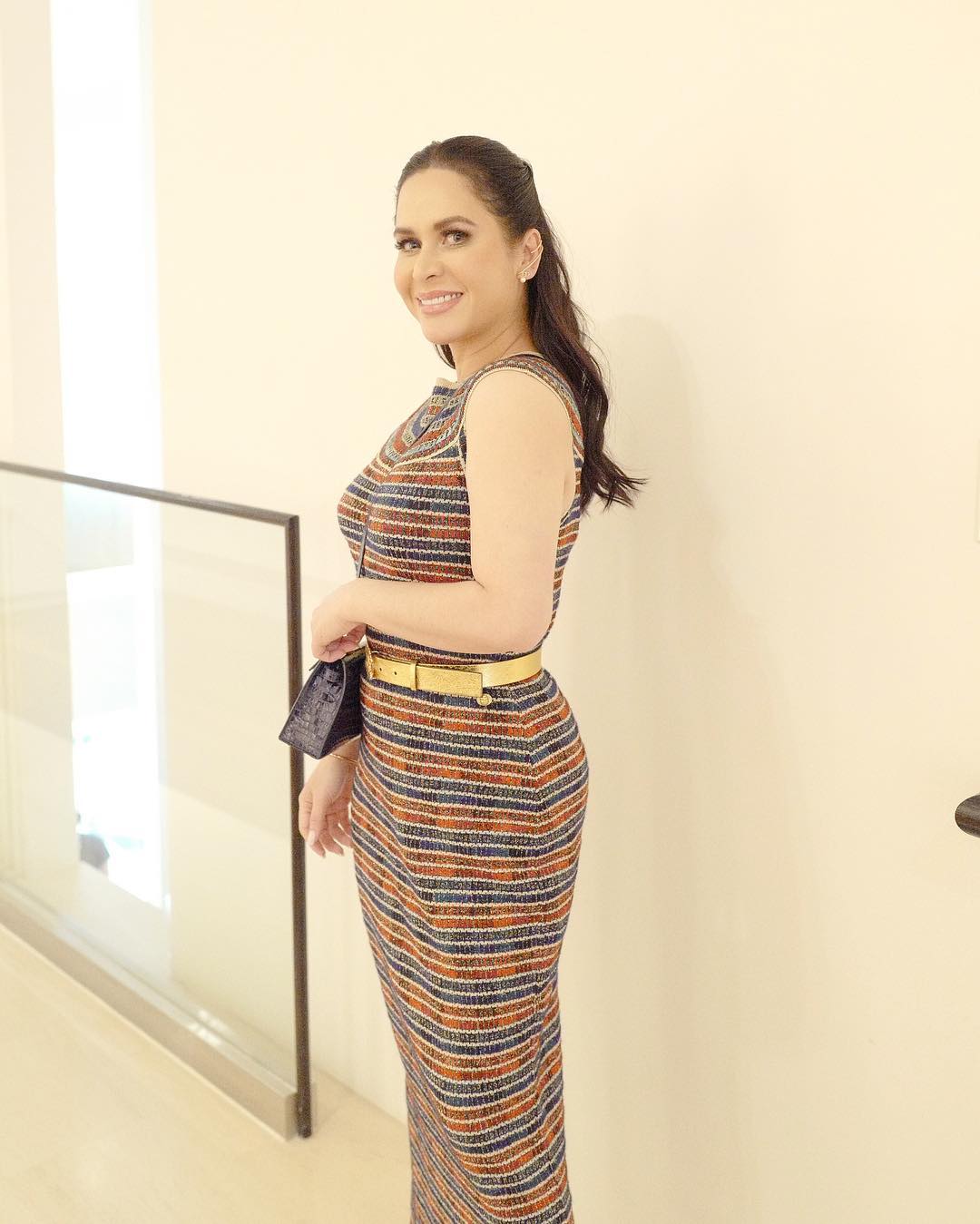 In January 2019, Jinkee wore a simple Valentino dress to watch Manny slug it out with Adrien Broner, again in Nevada.

Jinkee paired it with a mini Hermes Kelly II bag and a pair of Fendi nude platform sandals, which were far from trifling. 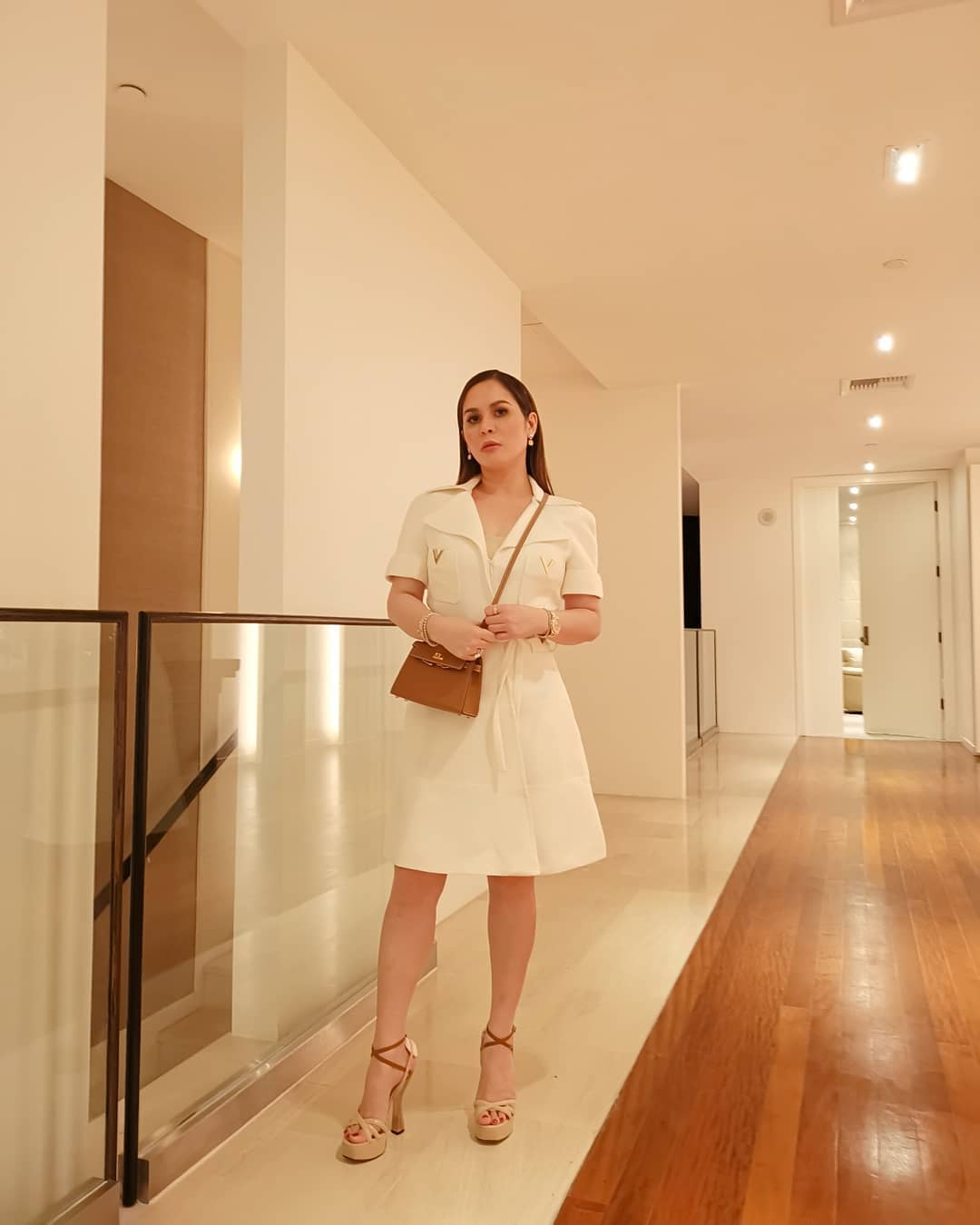 suited up in pink AT PACQUIAO-MATTHYSSE MATCH

Jinkee again chose pink, her favorite color, for her husband’s match against Lucas Matthysse in July 2018.

Her pink Stella McCartney suit was priced at PHP51,000.

The highlight of her OOTD was her white satin Lady Dior bag with multicolored flower embellishments. 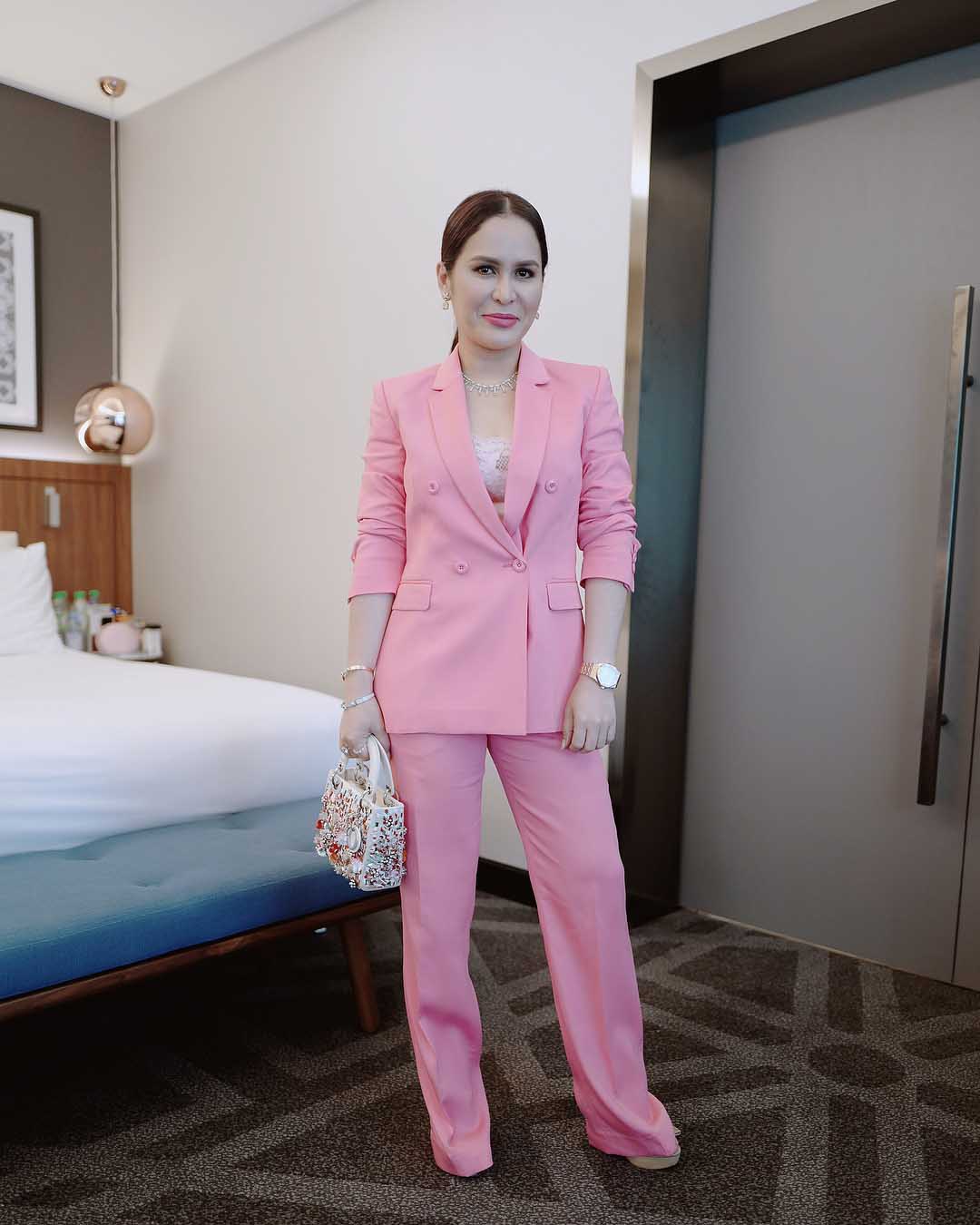 Jinkee’s winning outfit during her husband’s losing fight against Jeff Horn in July 2017 was a chic number the Internet loved.

Her ensemble of choice was a bold purple crepe top and trousers, which she paired with a Hermes Medor clutch and Christian Louboutin studded platform wedges.

The bag and the shoes alone had an estimated price tag of PHP381,000. 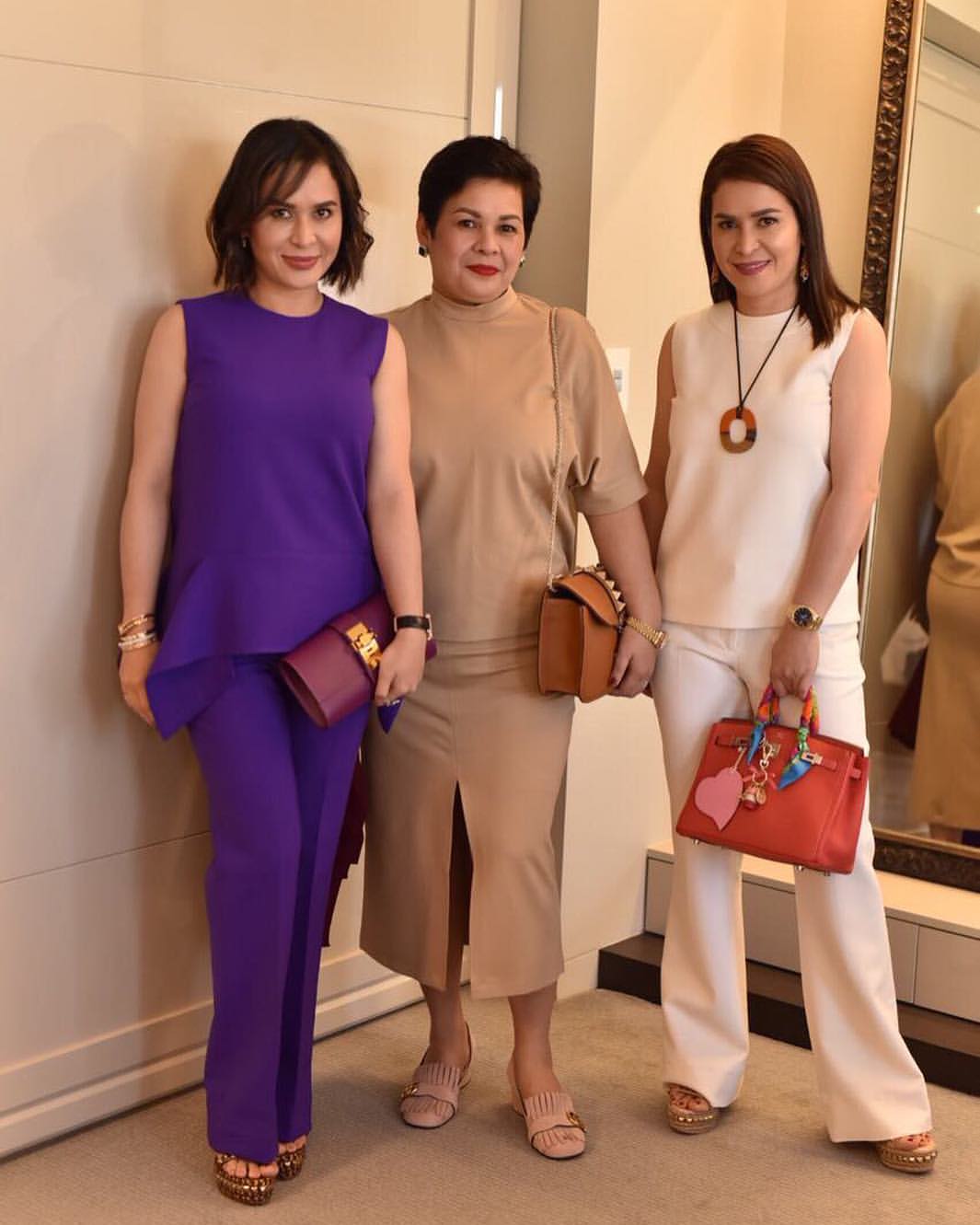 sophisticated in white AT PACQUIAO-VARGAS MATCH

In November 2016, Jinkee was a picture of sophistication in her immaculate white attire during the fight of Manny vs. Jessie Vargas.

The lace-detailed white tulle shirt she wore under her white suit was by Dolce & Gabbana.

Her Christian Louboutin Goldcross spike pumps and Hermes Kelly Pochette gave a pop of color to the ensemble.

Minus the suit, the items mentioned were worth at least PHP350,000. 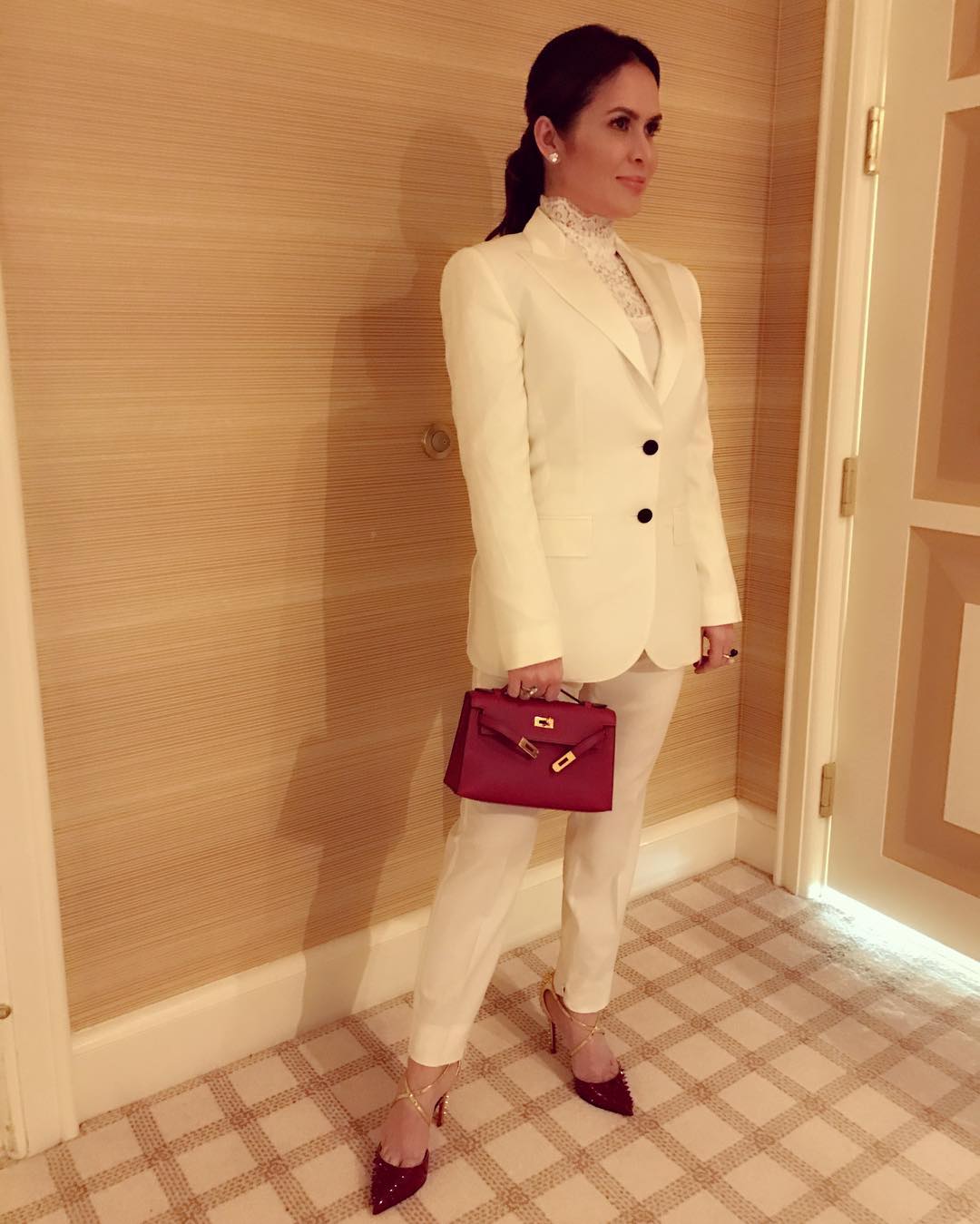 On April 9, 2016, a stylish Jinkee appeared before the cameras to support her husband in his match with Timothy Bradley. 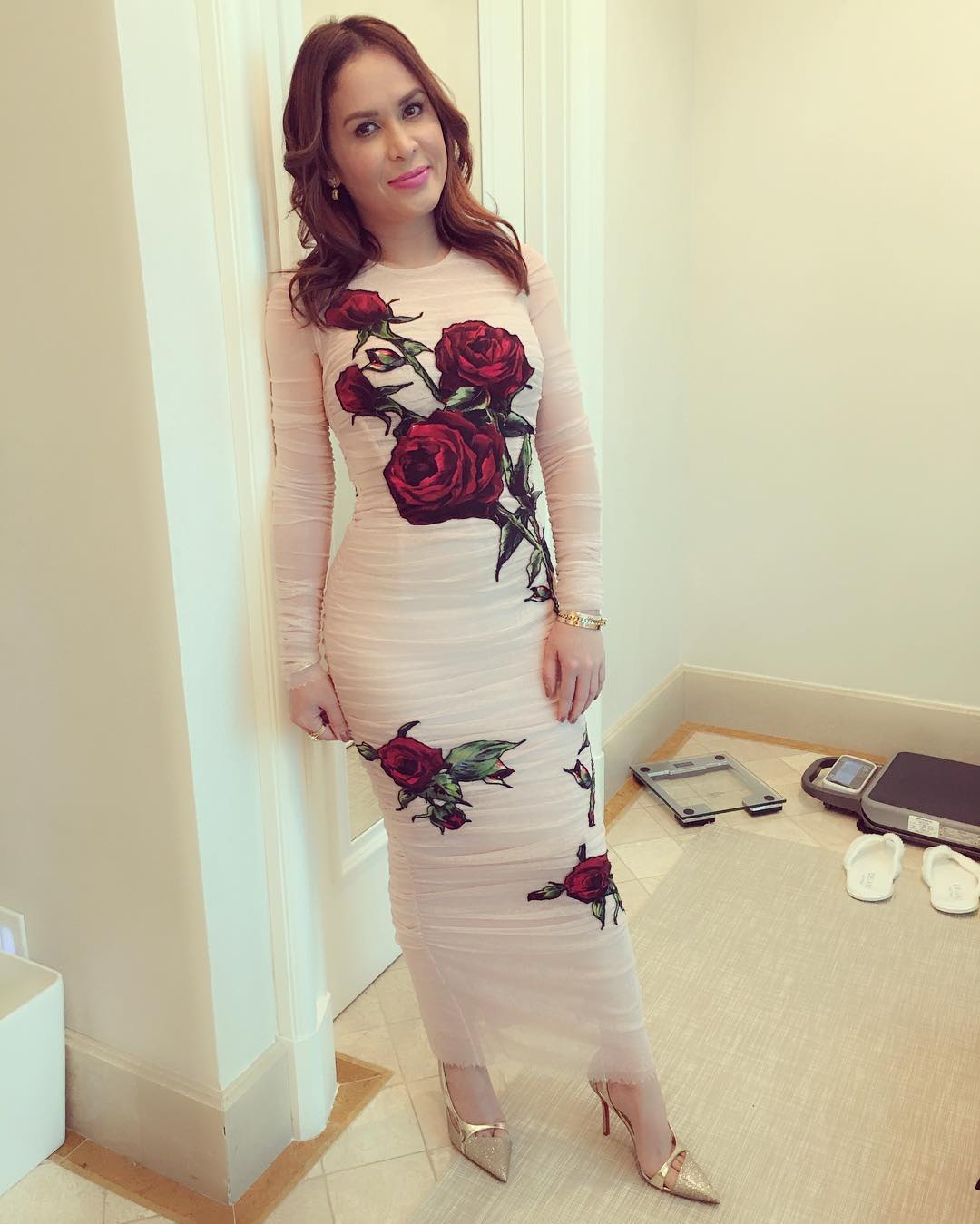 In May 2015, Jinkee was in Valentino from head to toe for her husband’s iconic match with Floyd Mayweather Jr.

Jinkee's short-sleeve flared dress was from Valentino’s L’Amour Fall 2015 capsule collection. She paired it with the brand's Rockstud sandals and Rockstud Bangle Clutch. 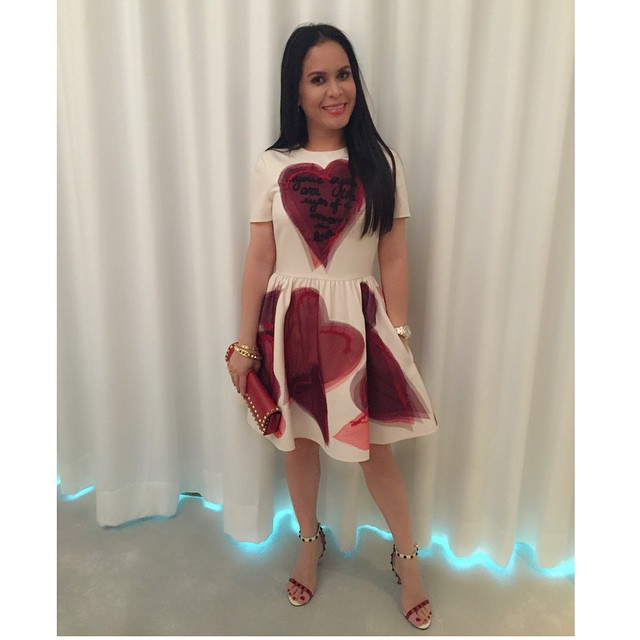 Which of these outfits do you like the most? Share your thoughts in the comments section below!