Asian invasion at the 2021 MET Gala 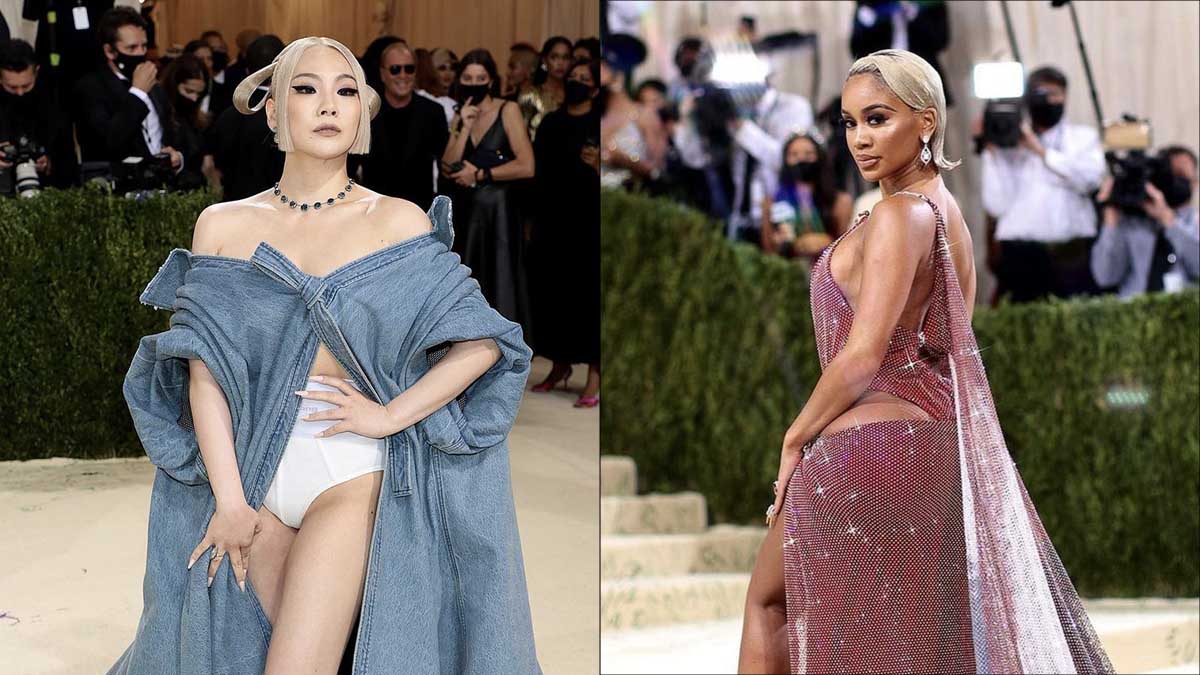 This year's MET Gala had celebrities gracing the red carpet in skin-baring OOTDs and out-of-the-ordinary ensembles.

Over 150 celebrities from the worlds of entertainment and fashion brought their style game to the next level with their interpretation of the theme "In America: A Lexicon Of Fashion."

The event was held on Monday night, September 13, 2021 (U.S. time) at The Metropolitan Museum of Art in New York City.

Some stars took the opportunity to showcase their Asian heritage at the highly publicized event.

PEP.ph (Philippine Entertainment Portal) gives a rundown of what they wore at the 2021 MET Gala.

PINOY PRIDE AT THE MET GALA

Hitmakers Saweetie, Olivia Rodrigo, Hailee Steinfeld, and Kehlani—all of whom are of Filipino descent—made sure to represent the Philippines on the red carpet of the 2021 MET Gala.

Her gown had 10 million hand-placed crystals and a train that had the colors of the Black-American heritage flag and the Philippine flag.

In an interview with Essence magazine, Saweetie said, "I have two flags draped delicately on my body. One of them is the Black American Heritage flag and the other is the Filipino flag 'cause I'm Black and Filipino, and that's what makes me an American girl."

Disney stars Olivia Rodrigo and Hailee Steinfeld, who are both of Filipino-American descent, became "red carpet besties" at this year's MET Gala.

Hailee, on the other hand, surprised her fans at her 10th MET Gala appearance. She was unrecognizable in her platinum blonde hairdo, which complemented the intricately detailed dress by Dutch fashion designer Iris van Herpen.

k-pop stars on the red carpet

2NE1's CL was a showstopper at her first-ever MET Gala appearance wearing a denim piece in a Hanbok-inspired silhouette, designed by Alexander Wang.

BlackPink's Rosé dressed modestly in her little black dress with a white statement bow from Saint Laurent. She had the brand's creative director Anthony Vaccarello as her arm candy for the event.