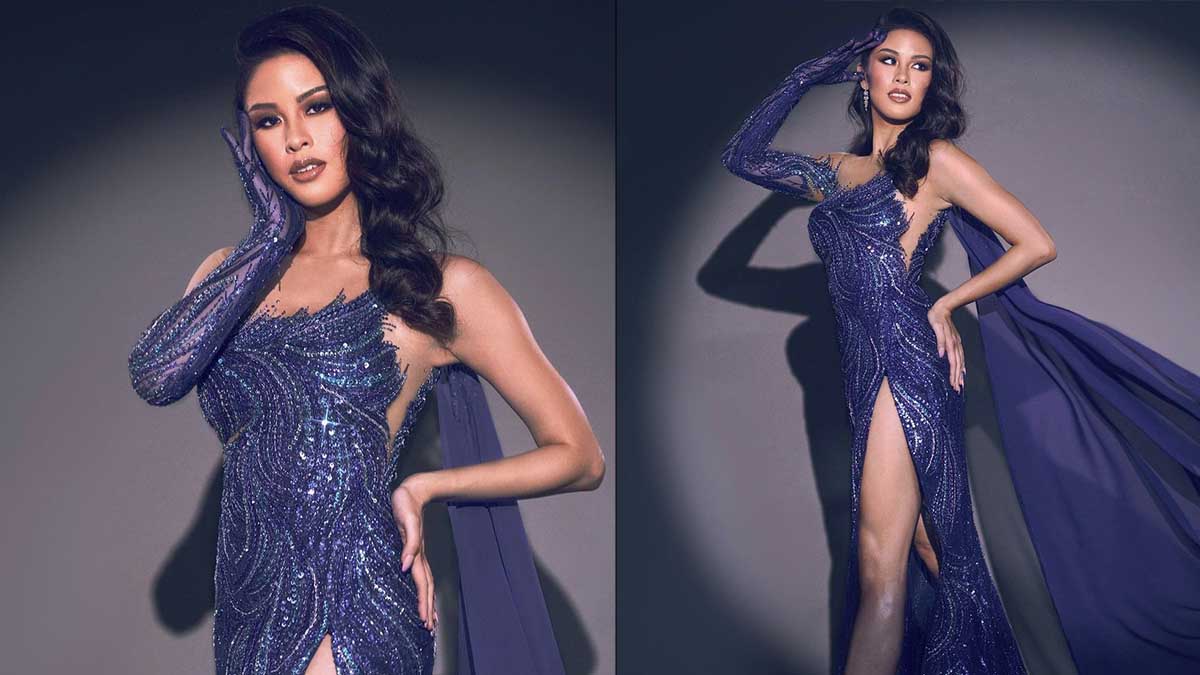 Kisses Delavin parades in a royal blue evening gown that pays homage to the rich marine life of Masbate, her hometown, during the Miss Universe Philippines 2021 preliminary competition.
PHOTO/S: @rapyuphotos on Instagram

The presentation streamed live via KTX.ph on Sunday night, September 26, 2021, from the pageant's venue at Clark International Airport in Mabalacat, Pampanga.

Louis took to Instagram to share the inspiration behind his creation for the 22-year-old Masbateña beauty queen.

In his post, Louis showed photos of Kisses wearing his creation in a photo shoot taken by Rap Yu before the start of the pageant in mid-September 2021.

In his caption, Louis called the gown "TINATANGI" or "Special someone."

The designer said that it was Kisses's way of paying tribute to her loyal supporters—the Masbateños and Team Kisses.

"Magnifying its details, the color of this gown took inspiration from the Province’s Marine Sanctuary.

"Each beads, sequins, and crystal embellishment and structure of this gown represents the people of her Province and her loyal supporters— the Masbateños and Team Kisses.

"The train and its one-shoulder length gloves is a representation of her fans as a sturdy wall to lean on. 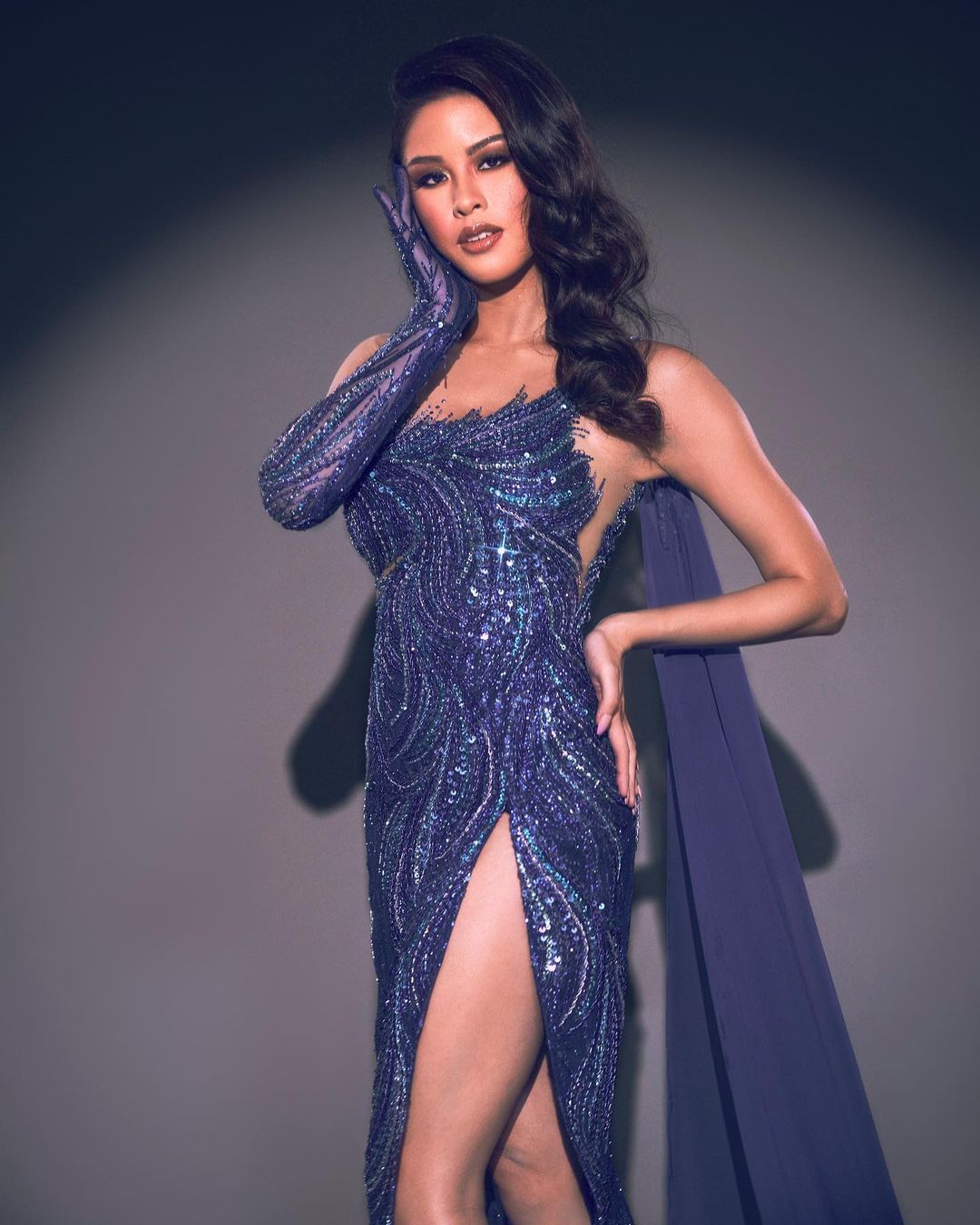 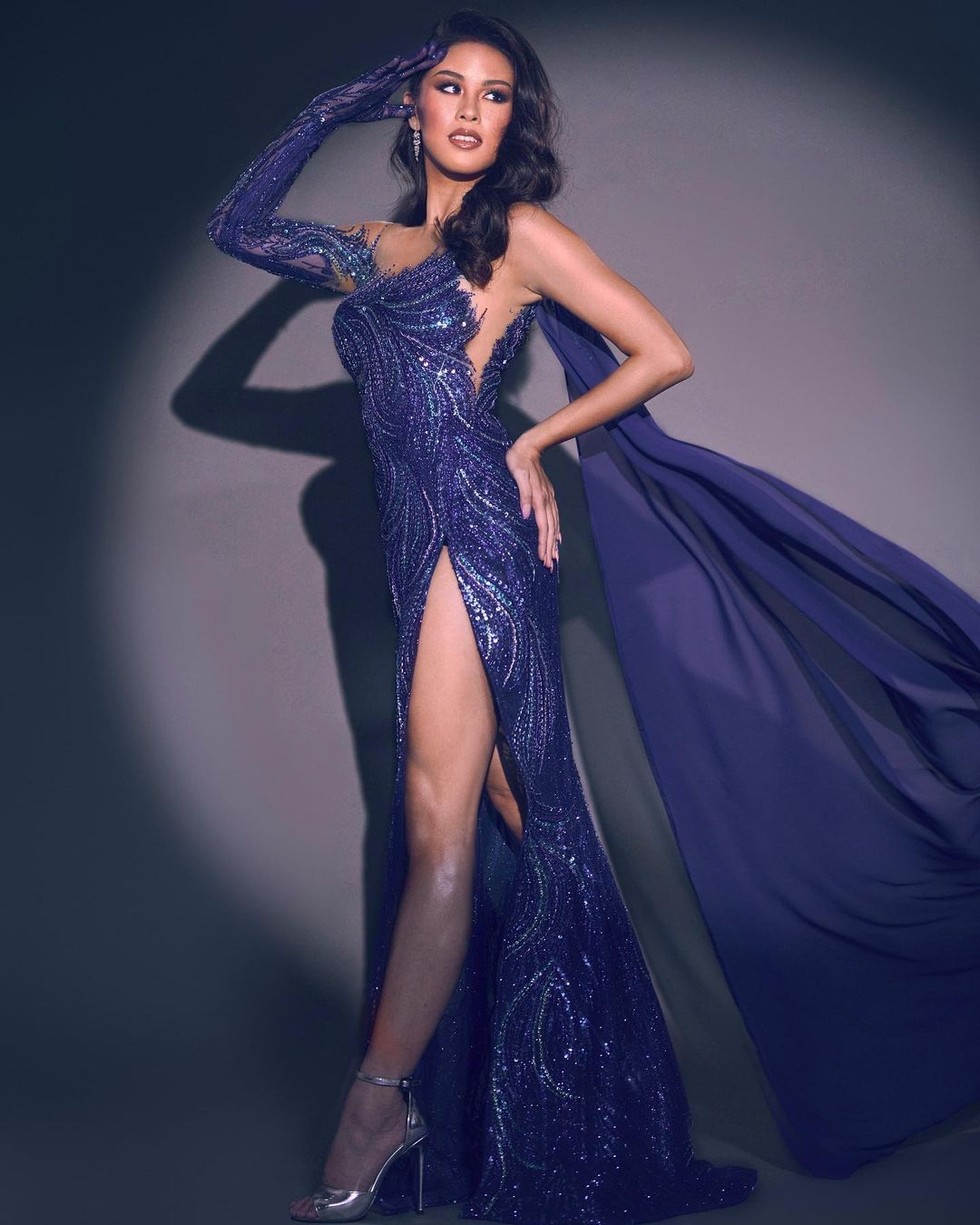 Kisses and the 27 other candidates of Miss Universe Philippines 2021 are currently billeted in Panglao, Bohol.

The grand coronation night of the pageant will be held on September 30, 2021, at the Henann Resort Convention Center.

Meanwhile, fan voting via the Lazada app will end on September 29, 2021.

The candidate with the highest fan votes will automatically secure a spot in the Top 16.