Most expensive jewelry from Lvna by Drake Dustin worn by celebrities 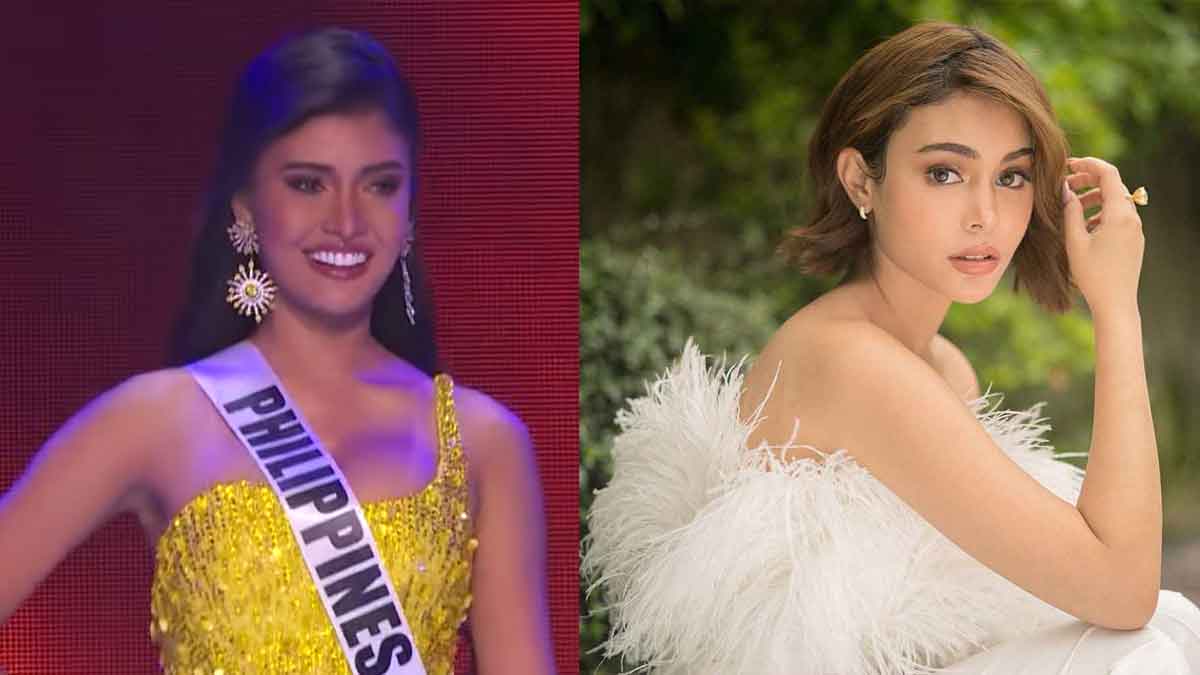 Miss Universe Philippines 2020 Rabiya Mateo and Ivana Alawi are two of the celebrities who have worn expensive pieces of jewellery from Lvna by Drake Dustin.
PHOTO/S: Screengrab from Miss Universe / @bjpascual on Instagram

It's no secret that celebrities, local and international, often wear clothes and accessories that are borrowed from various brands and designers.

In Philippine showbiz, photographer-turned-jeweler Drake Dustin Ibay is sought after by some stars for his luxury accessories.

Drake revealed to PEP.ph (Philippine Entertainment Portal) some of the most expensive gems he has lent to celebrities since he started his business.

The first that came to his mind was the SINAG by LVNA earrings that Rabiya Mateo wore when she competed for the Miss Universe 2020 last May.

The earrings are encrusted in white and rare yellow diamonds with citrine gemstones on 18 karat white gold.

According to Drake, this pair of earrings is priced at PHP7 million.

He said, "Some diamonds, especially the rare fancy ones, ni-loan pa namin from our suppliers in Hong Kong. [Nilipad] pa during pandemic just so we could produce the design." 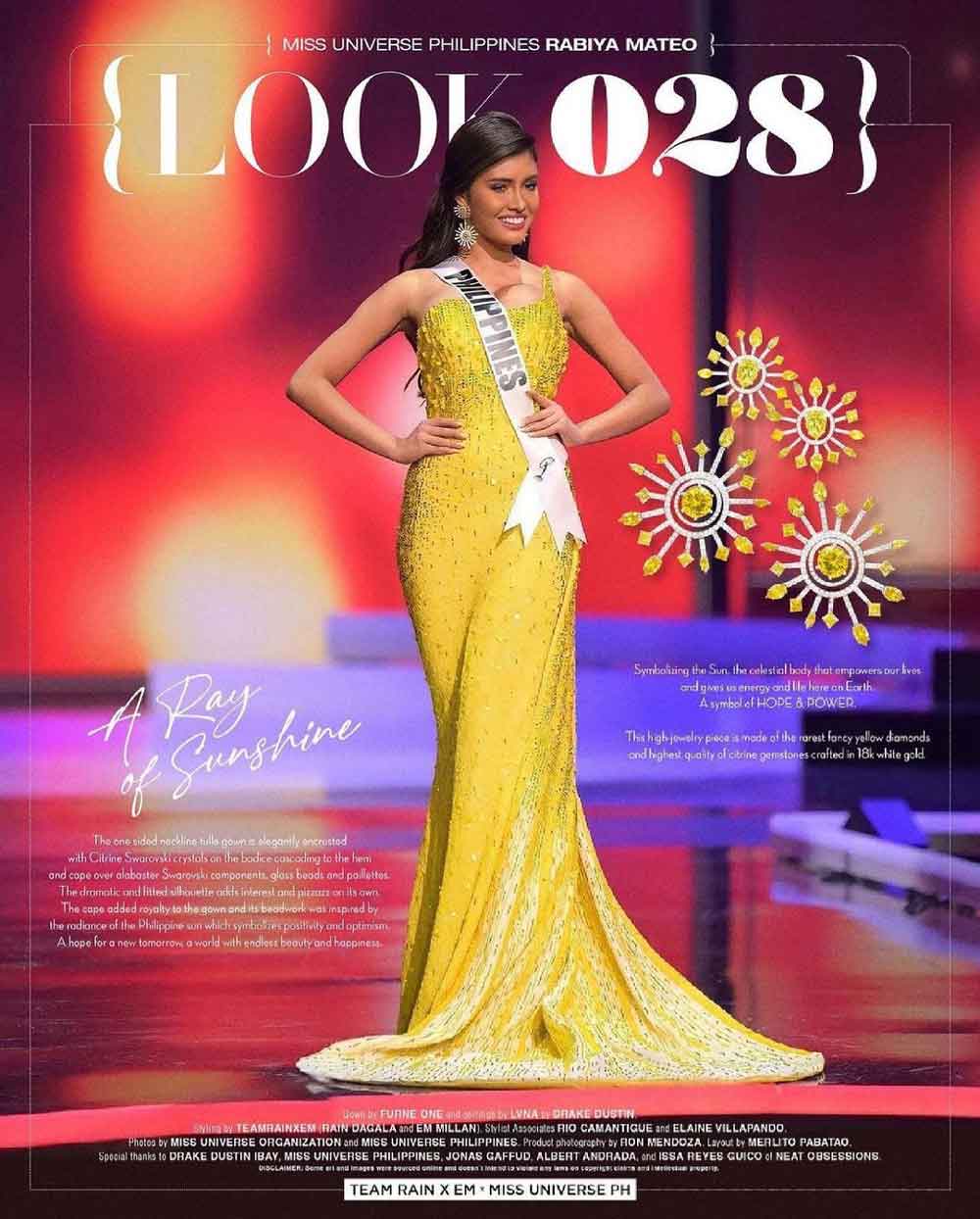 Drake said he has also lent a collection of jewelry to Ivana Alawi, "The total worth was around 30 million [pesos], I think. Not just one jewelry, collectively."

One of the pieces worn by Ivana was the "Agila Yellow Diamond Necklace by LVNA," worth PHP21,580,000, according to the brand's official website.

Was he ever scared about the accessories getting lost? 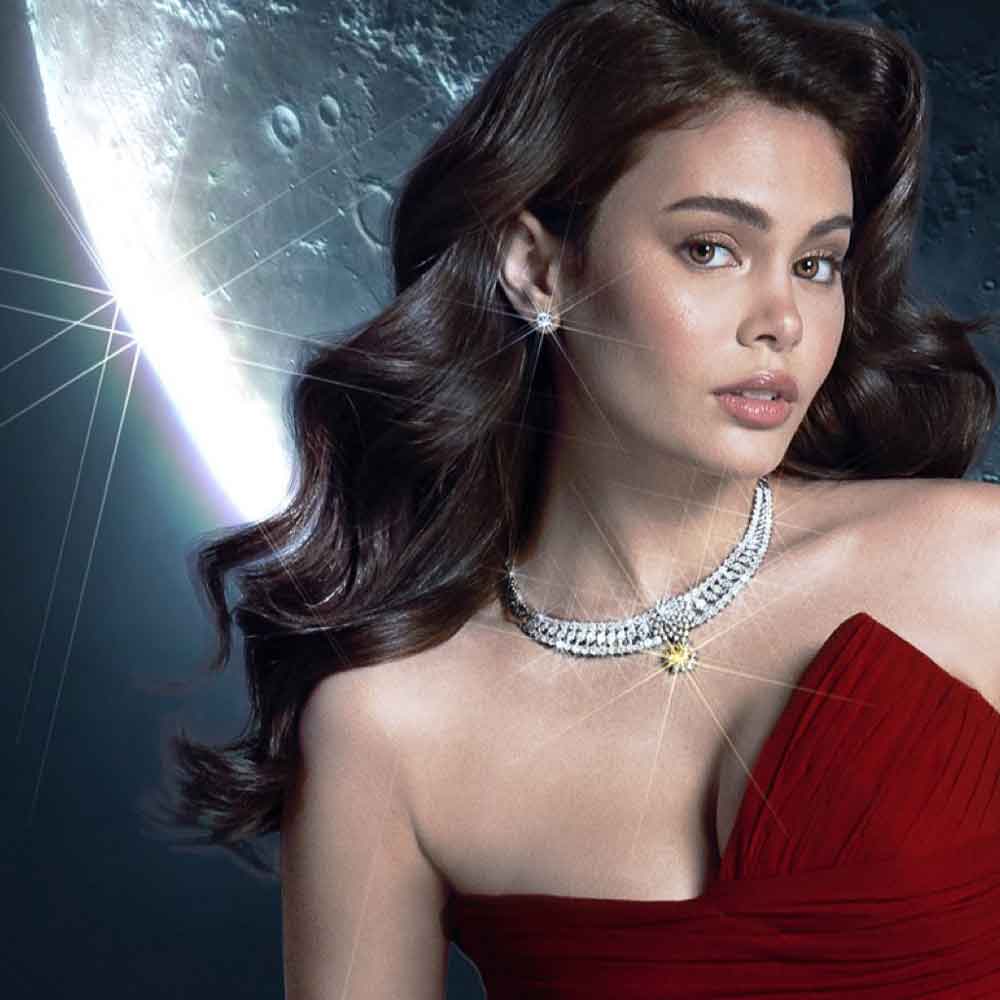 Drake has taken the first step to go global, his biggest dream, by making his online shop accessible to the international market.

The businessman told PEP.ph, "Right now, we are receiving orders outside the country. I think that’s a good start.

"The U.S. is wide, Canada is wide, usually the jewelers there are online lang din.

"We’re gonna try to keep on upgrading the system, website, to make it at par to those global brands."

Drake has also started tapping international celebrities, including supermodel Kelsey Merritt who has worn his jewelry for a magazine cover shoot.

Drake revealed, "Right now, we are talking to one of the ELITE series star, Aron Piper. We are still in talks pa lang naman for a collab."

Drake started his jewelry business online via Instagram sometime in 2016. Now, he has seven branches around Metro Manila.