What to expect from Beatrice Luigi Gomez's gown, national costume for Miss Universe 2021 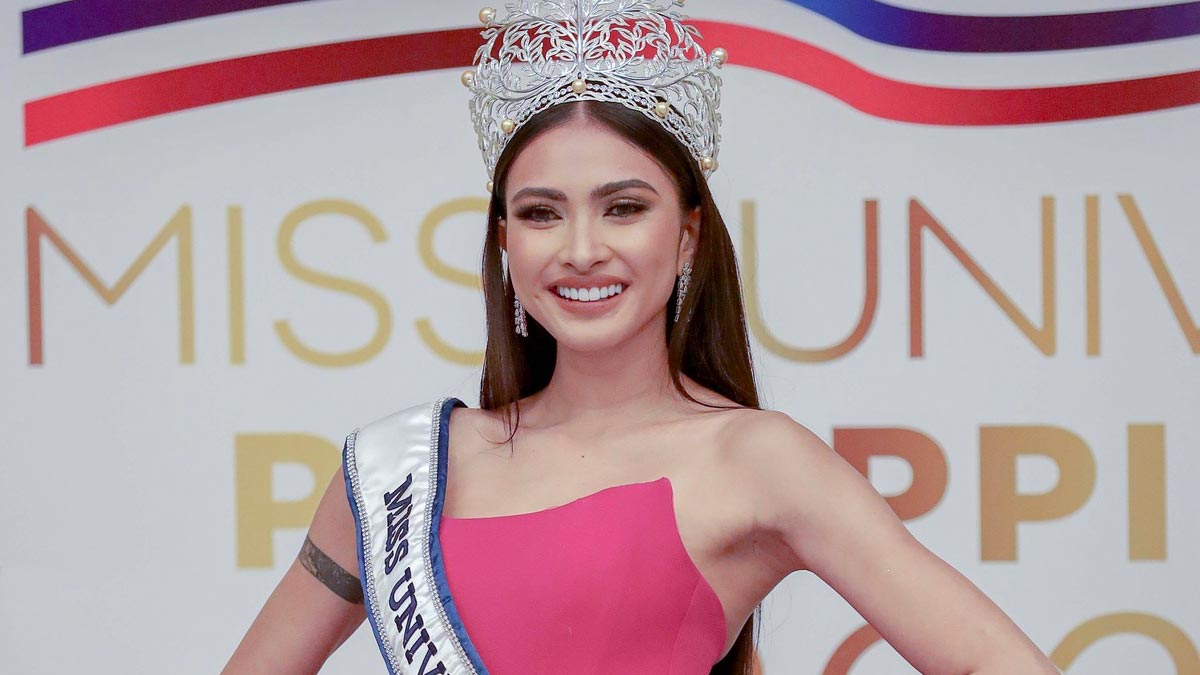 The announcement was made on Wednesday, November 17, 2021, during Bea's send-off party at Hilton Manila in Pasay City.

Francis has made several gowns for Bea to wear during the pageant's preliminary competition and grand coronation night, while Axel and Manny are already collaborating over Bea's national costume.

In an interview facilitated by the Director for Communications of Miss Universe Philippines Organization (MUPO) Voltaire Tayag, Francis recalled the moment he said "yes" to dressing up Bea for the pageant's key events.

The designer said it was Jonas Gaffud, creative director of MUPO, who personally asked him to create Bea's gowns.

Francis said, "Who can't say no to Jonas? So when Jonas messaged me and said, 'Can you dress up our queen?' I said, 'Of course.'"

Francis, who is known for his architectural and signature art deco designs, revealed that he felt the pressure of creating gowns for Bea, knowing how passionate Filipinos are about the Miss Universe pageant.

He said, "It was a bit of a pressure and... right after Jonas messaged me, I started working on it right away. That's why I was able to produce, I think, 25 sketches for Jonas.

Francis has dressed up several international beauty queens, including Miss World 2013 Megan Young and Miss International 2016 Kylie Verzosa, but his experience designing gowns for Bea is quite different.

He further explained, "Actually, right now, it's so different. You know, I've dressed up Megan and Kylie before. It was so different. There's a lot of pressure to it.

"And when, I think, it was announced that I was dressing up Bea for this Miss Universe competition, I got a lot of private messages from Instagram, from Facebook, and I felt the pressure.

"And I was telling my business partner, Arci Baltazar, 'My god, I did not sign up for this!'

"But he said to me na, 'Prepare yourself.' So I'm mentally prepared for this one."

Bea also tapped Axel Quen to design her national costume for the pageant.

Like Francis, Axel also felt the pressure of creating another winning piece for Bea.

He told Voltaire, "[I feel] scared and pressured also, and privileged to do the costume of our Miss Universe."

Manny is the designer of Rabiya Mateo's headpiece for the Miss Universe 2020 pageant.

But the former Miss Universe Philippines titleholder wasn't able to wear the headpiece because it kept falling off.

When asked to share more about the inspiration for his design, Manny answered, "The inspiration is from the designer himself, Axel."

Manny also noted that the materials he used for Bea's headpiece is "very light" and that "kaya niyang isuot kahit mag-isa lang siya."