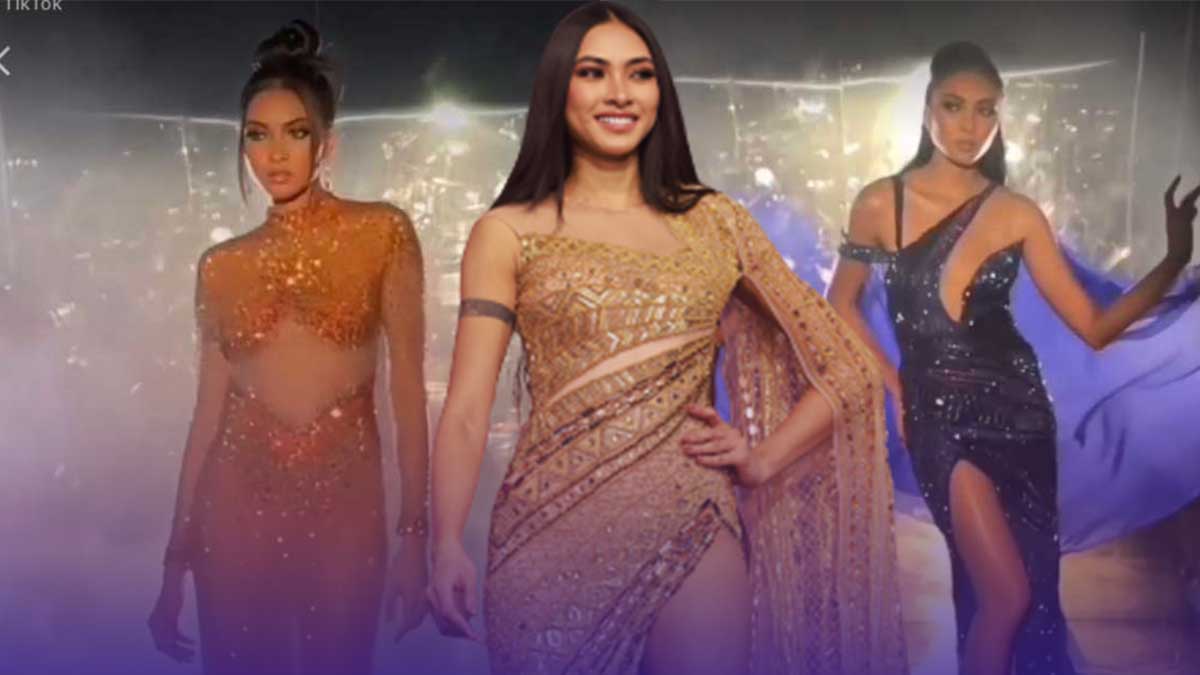 These are the two other gown options of Beatrice Luigi Gomez designed by Francis Libiran for the Miss Universe 2021 pageant. She wore the gold gown (center) during the pageant's grand coronation night on Sunday, December 12, 2021 (December 13 in the Philippines) at the Universe Arena in Port of Eilat, Israel.
PHOTO/S: Miss Universe / @forthephilippines on Instagram

Beatrice competed alongside 79 other candidates from all over the world at the 70th edition of the Miss Universe pageant.

India's Harnaaz Kaur Sandhu was hailed the winner at the end of the pageant which was held on Sunday night, December 12, 2021 (December 13 morning in the Philippines) at the Universe Arena in Port of Eilat, Israel.

Bea looked stunning in creations by Filipino fashion designer Francis Libiran: a red gown for the preliminaries and a gold gown for the finals night.

But the 26-year-old model and army reservist actually had several other gown options for the pageant.

The first one was a crystallized tangerine-colored midriff-baring gown. 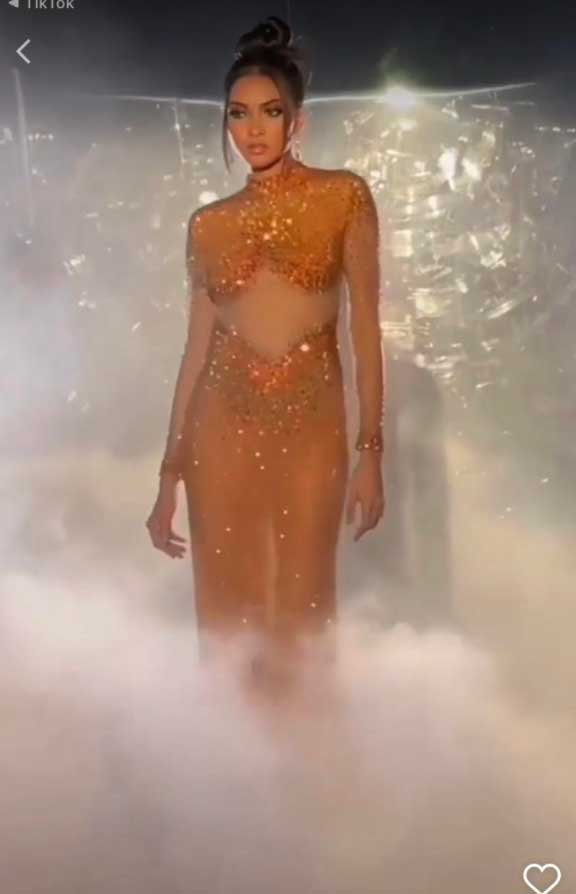 Bea also had an asymmetrical royal blue gown, reminiscent of her winning gown by Furne One at the Miss Universe Philippines 2021 pageant last September. 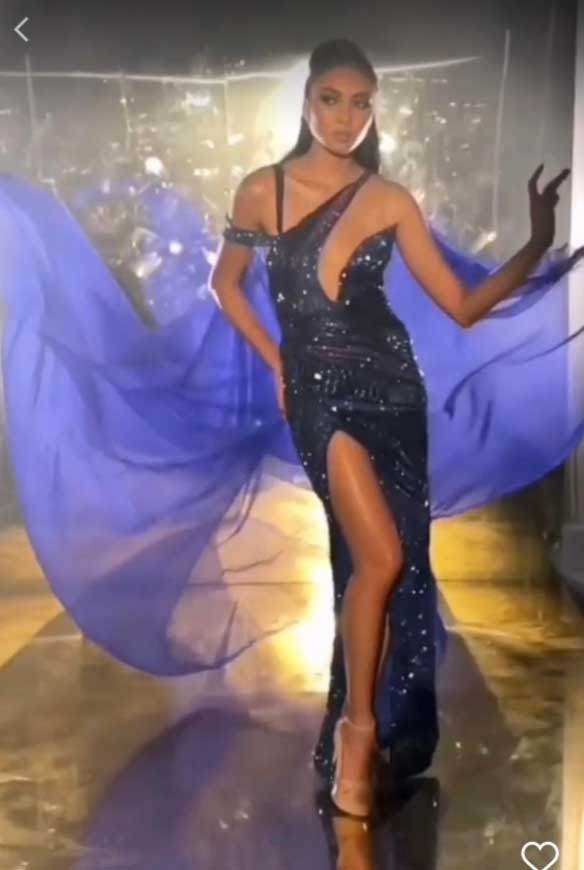 She also had the option of wearing a silver gown that had cutouts and crystal embellishments. 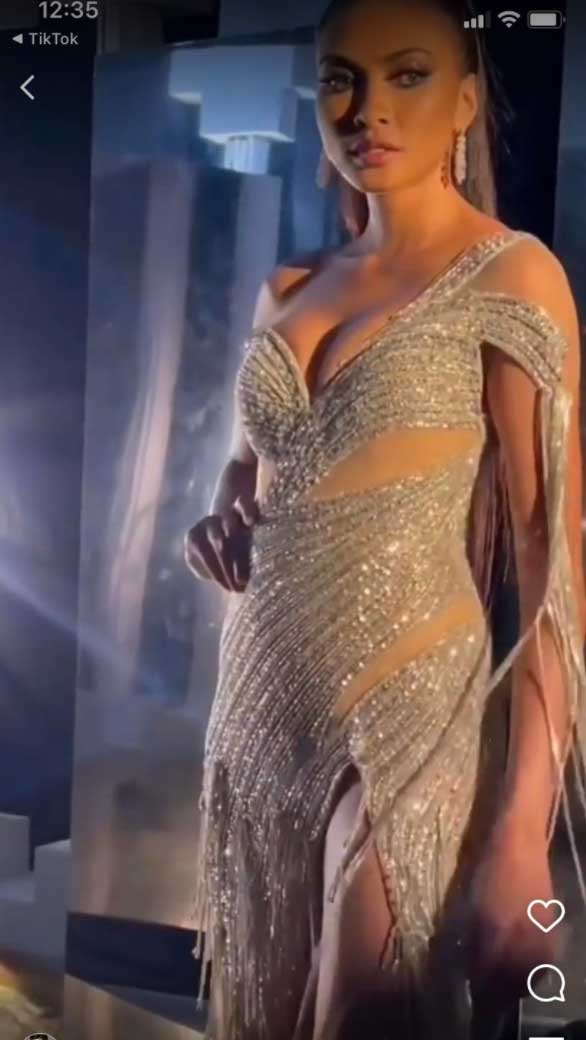 During the pageant, Bea looked like a goddess in her gold gown, which featured the designer's signature art deco details and Cebu's "Pintados" print. 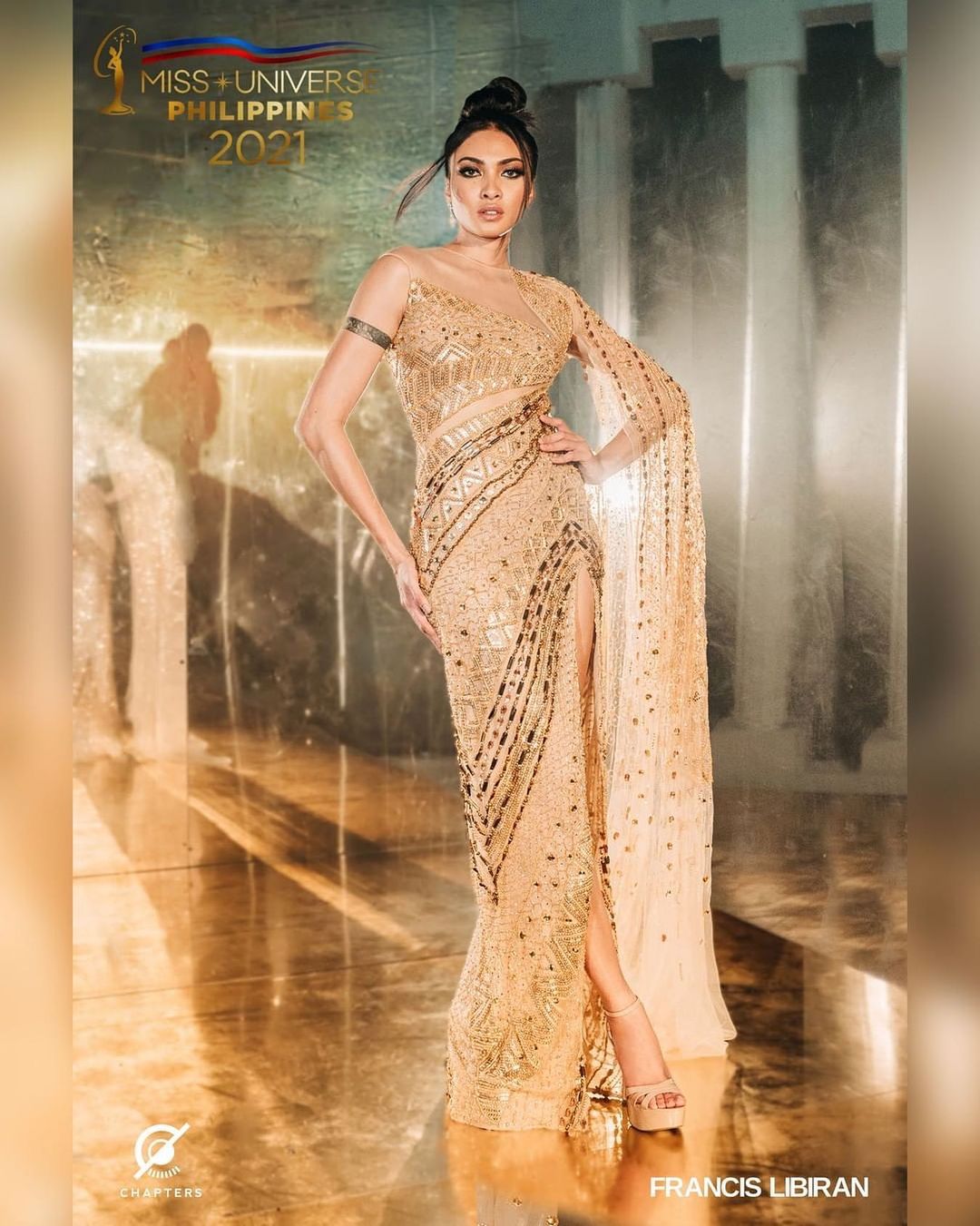 She looked equally stunning in her red gown which she wore during the preliminary round of the pageant. 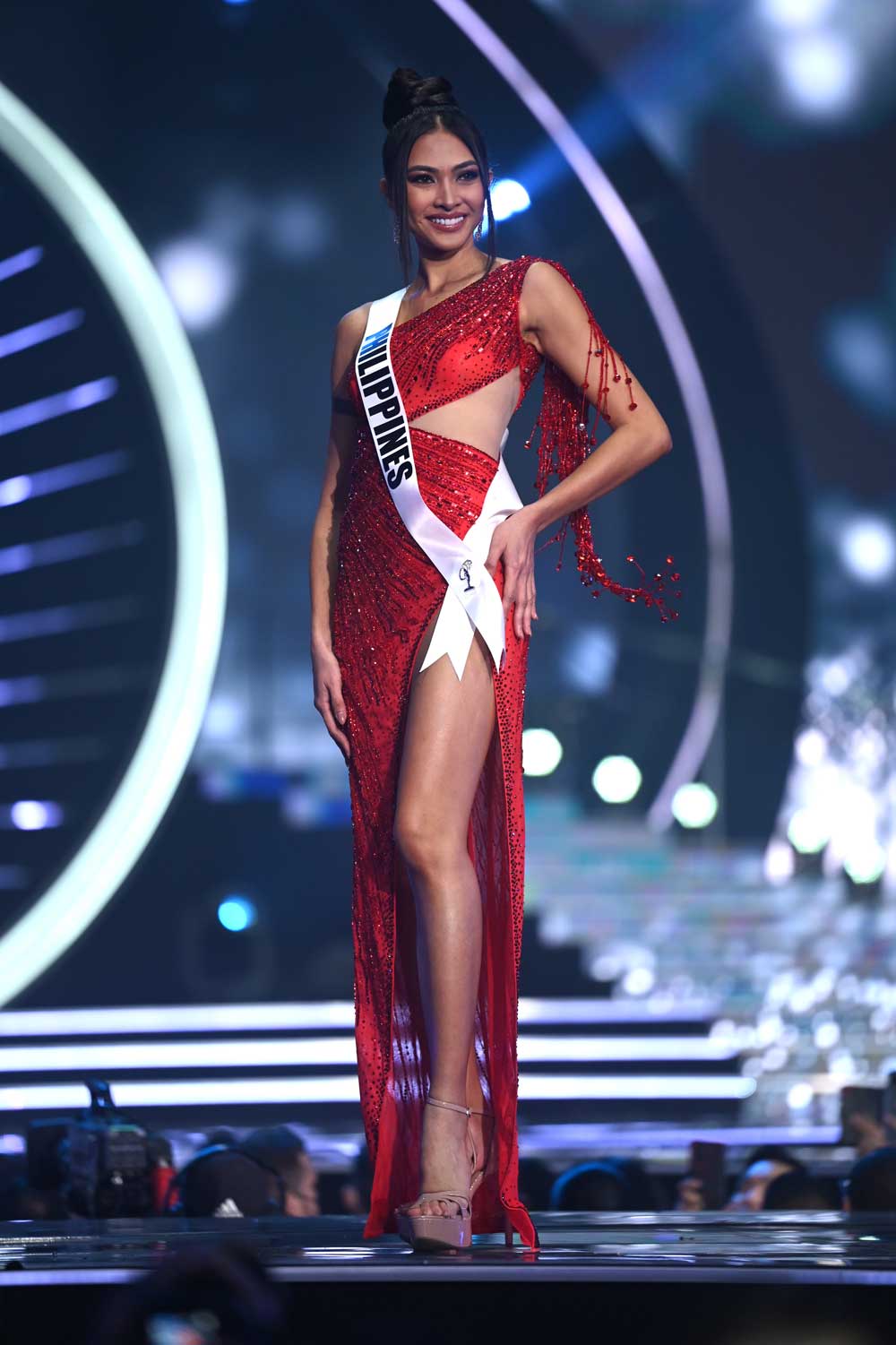 In an interview during Bea's send-off party, Francis said he was able to do 25 gown sketches for Bea.

He recalled, "It was a bit of a pressure and... right after Jonas messaged me, I started working on it right away. That's why I was able to produce, I think, 25 sketches for Jonas.