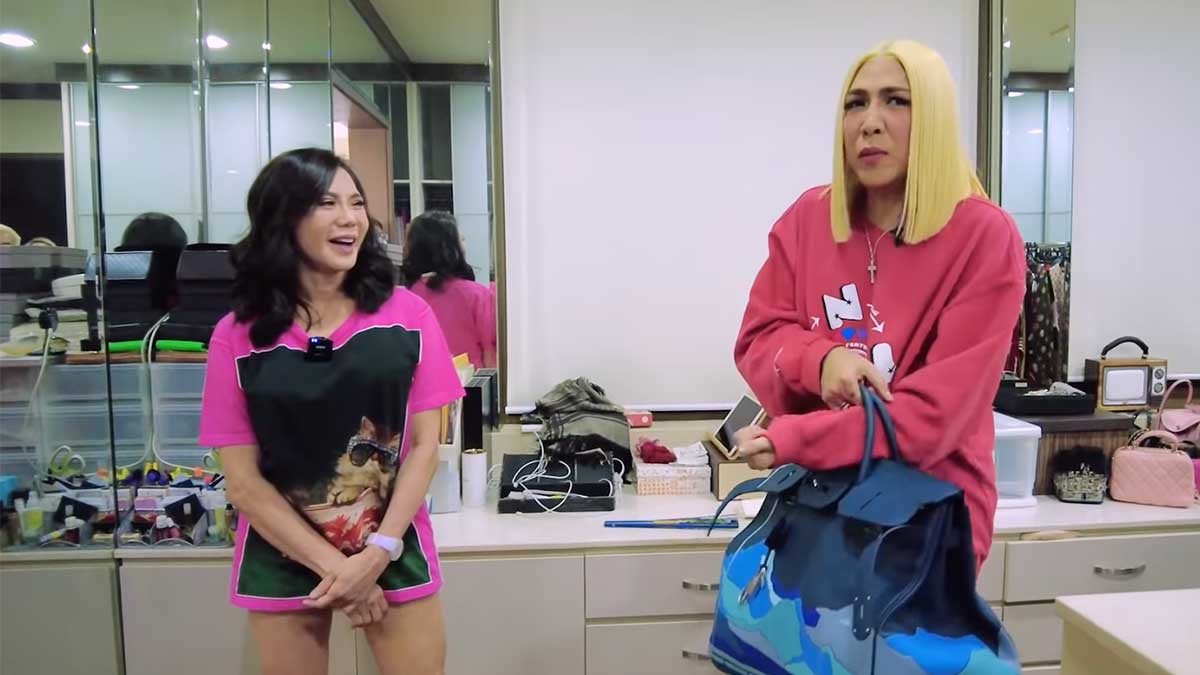 Vice Ganda is among the many celebrities who would attest to the generosity of celebrity beauty doctor Vicki Belo.

In the video, the two played a "beki" translation game. For this mini-challenge, Vice asked Dra. Vicki to translate "beki" phrases to Tagalog.

If Dra. Vicki successfully translates a phrase, she gets to slap Vice on his butt. But if Vice wins, he gets to open a drawer inside Dra. Vicki's closet and pick an item he likes.

Vice eventually won two out of three rounds of the game.

His major prize is a bag from Dra. Vicki's collection. But the catch is, he'll only get to pick a bag with a blindfold on.

"Whatever you hold is yours!" Vicki told Vice Ganda.

Dra. Vicki told Vice Ganda, “Very rare to have that kind of Hermès.”

She continued, "Actually, when I saw it, I really thought of you because I really liked the sky idea." 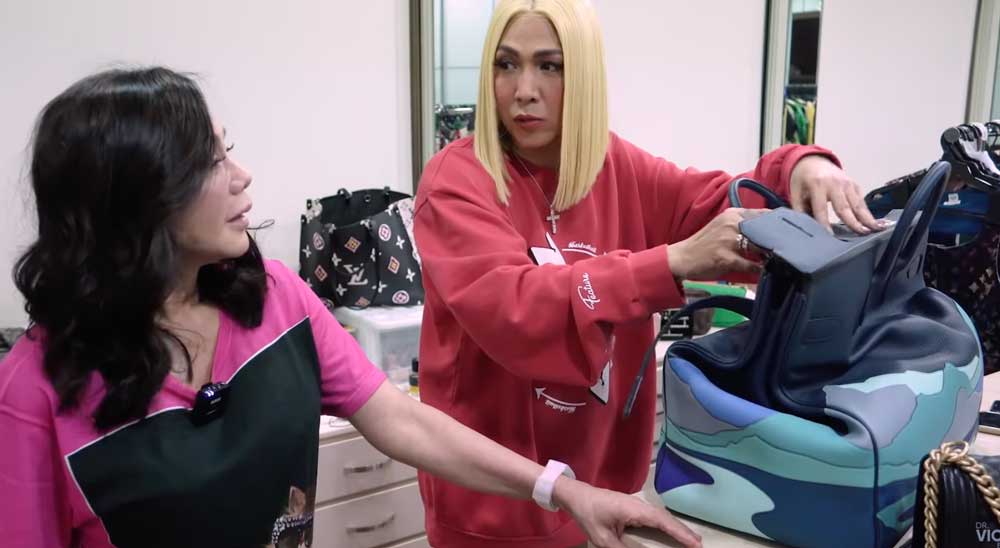 This bag, which was first released in 2020, has "patches of different leather placed to create an image of a road leading into the mountains."

According to collectingluxury.com, this bag is priced at USD41,100 or around PHP2.1 million, taxes not yet included. 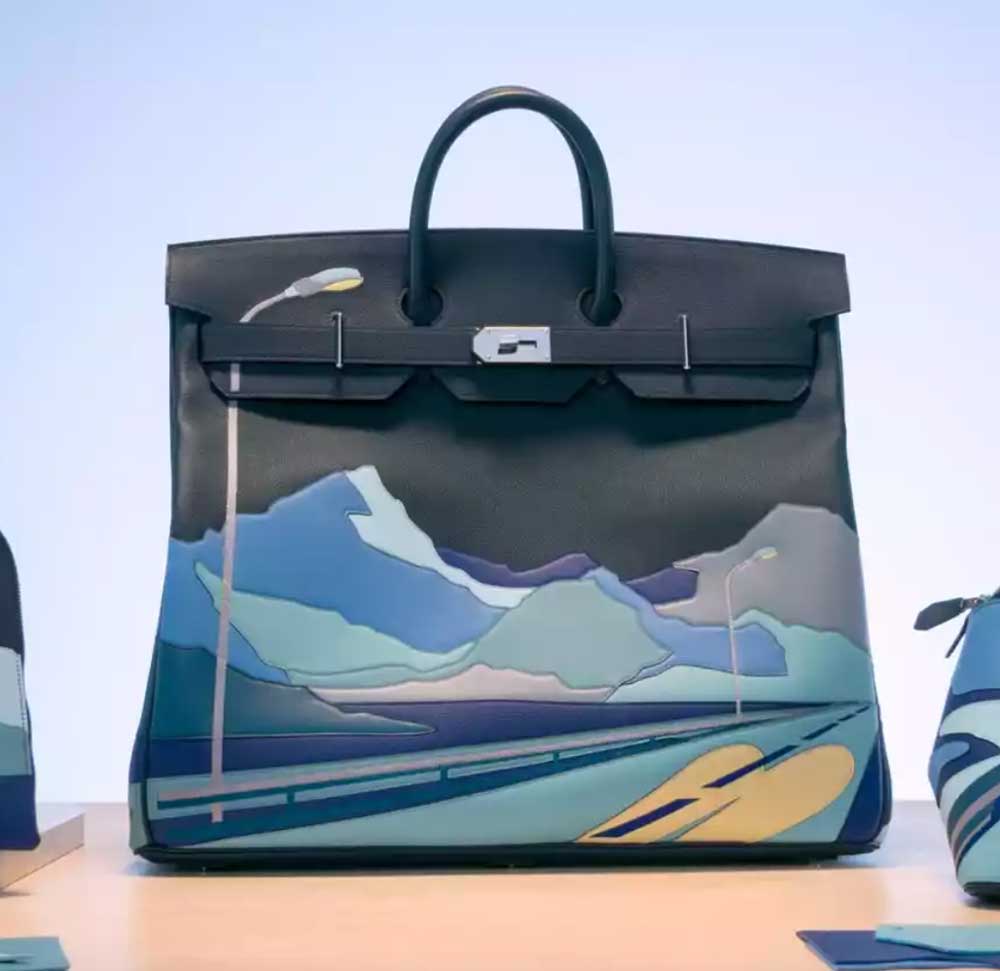 Aside from the bag, Vice Ganda was able to take home Dra. Vicki's Crayola costume, a pair of lace undies, and cash. 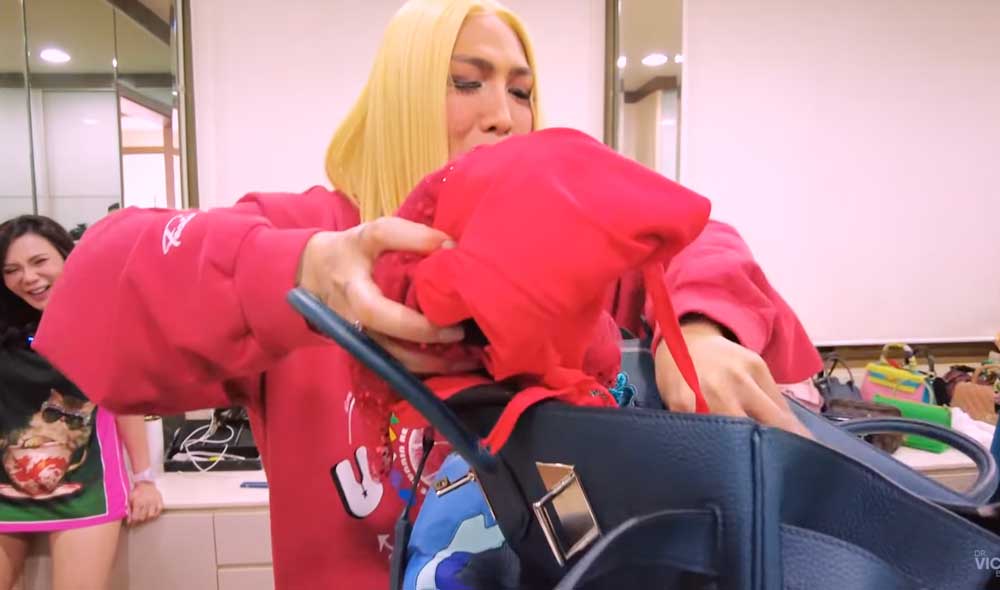