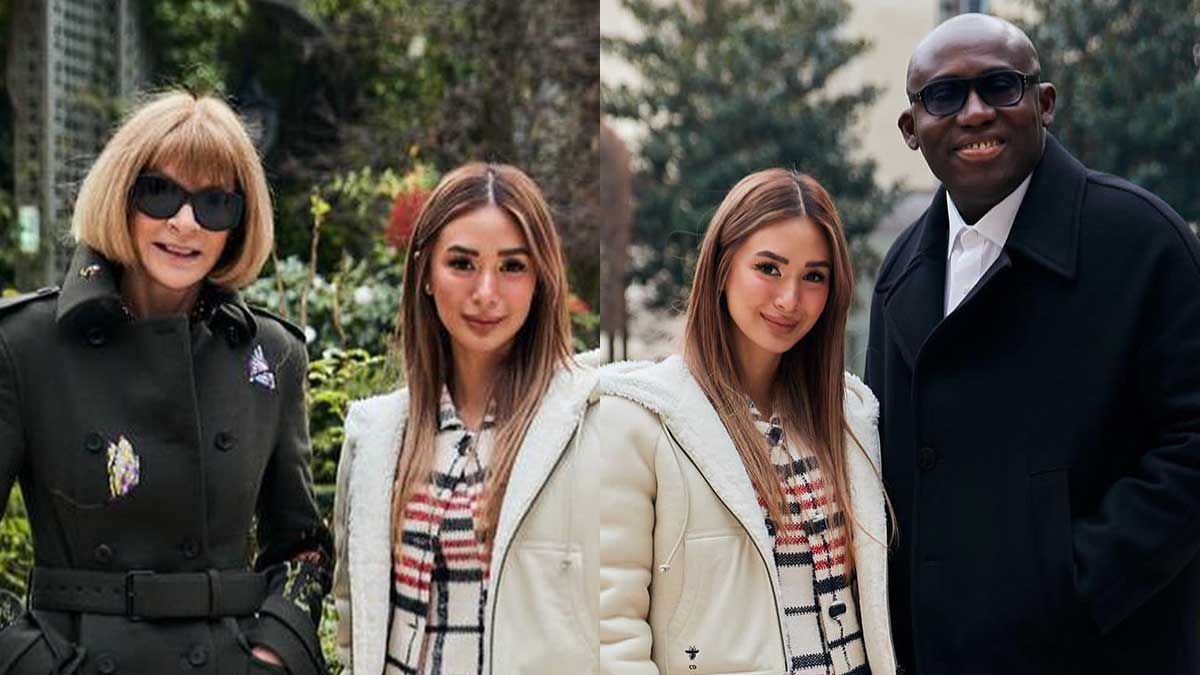 Off her bucket list and over breakfast at that in Paris, GMA-7 actress Heart Evangelista finally meets Vogue US editor Anna Wintour and Vogue UK editor Edward Kobina Enninful.
PHOTO/S: @iamhearte on Instagram

On Saturday, March 5, 2022, Heart revealed she had met the two Vogue editors over breakfast at the Hotel Le Bristol Paris after attending shows at the Paris Fashion Week.

The GMA-7 actress uploaded her photos with Anna and Edward and wrote in the caption, "Breakfast in Paris with Anna and @edward_enninful [emoji] thank you for hosting @voguemagazine [emoji] it was indeed a wonderful way to start my day!"

In another post, Heart shared a photo of her breakfast with the Vogue editors, "B- for busog. Breakfast with @voguemagazine is always a nice way to start the day [white heart emoji]"

Celebrities were also thrilled to see Heart breaking bread with Anne and Edward.

Other celebrities who dropped comments on her post included Joey Mead King, Nar Cabico, Jodilly Pendre, Kyline Alcantara, and Vania Romoff, among many others. 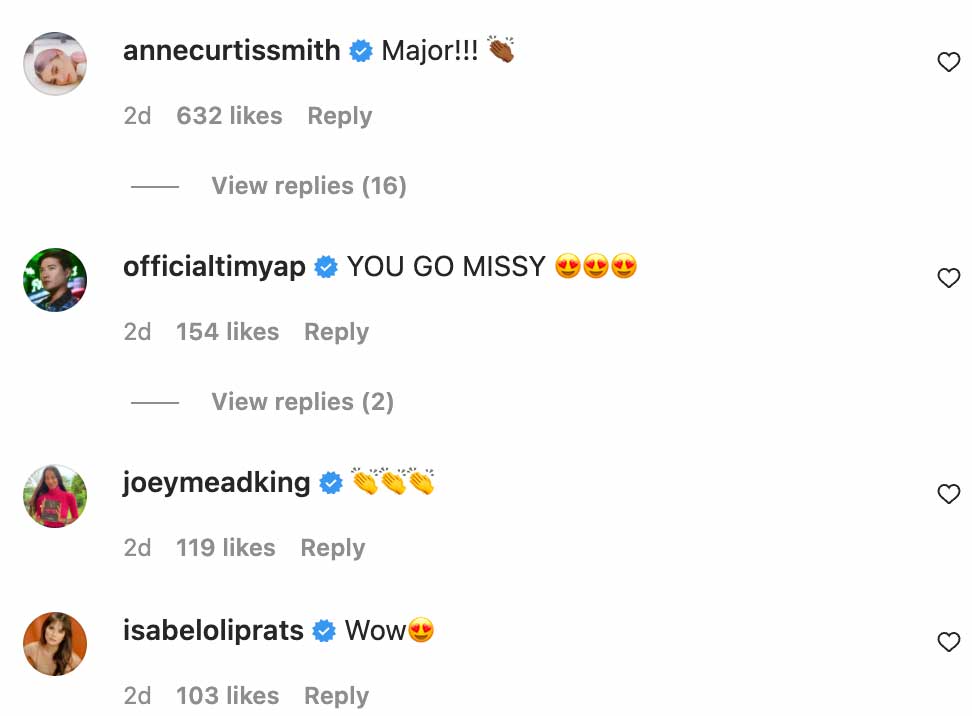 Their breakfast meeting seemed to be the first time Heart had met Anne and Edward since she became part of Vogue100.

But she had surely seen them attending the same shows during her yearly forays into the international fashion week events in New York and Paris.

Vogue.com describes Vogue100 as a "curated list of distinctive creative voices from around the globe encompassing actors, artists, musicians, athletes, stylists and activists."

Heart first revealed she was selected to be part of the fashion magazine's strictly-by-invite-only VIP membership in November 2019.

In her post, she wrote, "Some news that I’ve been holding in for a while now that I can finally reveal — I was chosen to be part of Vogue 100! [heart emoji]

"This is such an honour, especially to be alongside other amazing individuals from all around the globe! [emoji]

"I would like to thank the @voguemagazine team and Anna Wintour for choosing me. [emoji] 2020 is looking bright, and I can’t wait to bring all of you along with me. [emoji]."