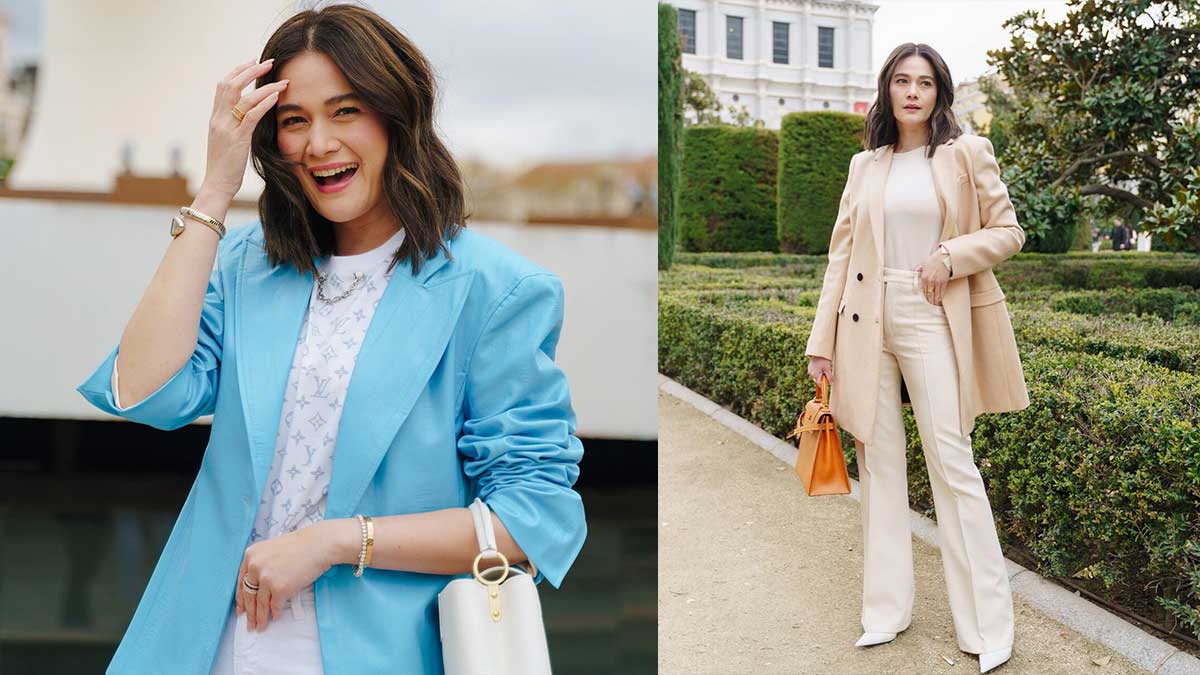 Bea Alonzo brings her A-game to travel in a recent "workation" in Madrid.
PHOTO/S: @beaalonzo / @sweetescape on Instagram

GMA-7 actress Bea Alonzo is back in Manila after a week-long "workation" in Madrid, Spain.

The 34-year-old Kapuso star has been sharing her OOTD photos from the trip, which proved Bea has brought her A-game to travel.

For example, her photos at the airport on her way to Madrid last March 14, 2022, showed her in a Prada denim jacket, black shirt, blue cargo pants, and white Alexander McQueen sneakers.

Most noticeable was the black bag she was toting. It was an Hermès Kelly in Epsom leather, which has an estimated price of PHP1.2 million.

She was also spotted with a large blue monogram Dior Book Tote and a Cabin S Rimowa luggage in Titanium.

Dior's iconic tote bag is currently priced at USD3,500 or around PHP182,427 on the brand's official website.

Bea also did a street-style photo shoot with Sweet Escape during her stay in Madrid.

In one layout, she wore a blue blazer over her all-white OOTD, which included an LV Escale monogram-printed shirt.

For her other layout, she went with a monochromatic ivory-colored OOTD.

Bea paired her cream-colored outfit with another structured Hermès Kelly, this time in tan.

A similar design was sold at 1stDibs.com for USD27,750 or around PHP1.5 million.