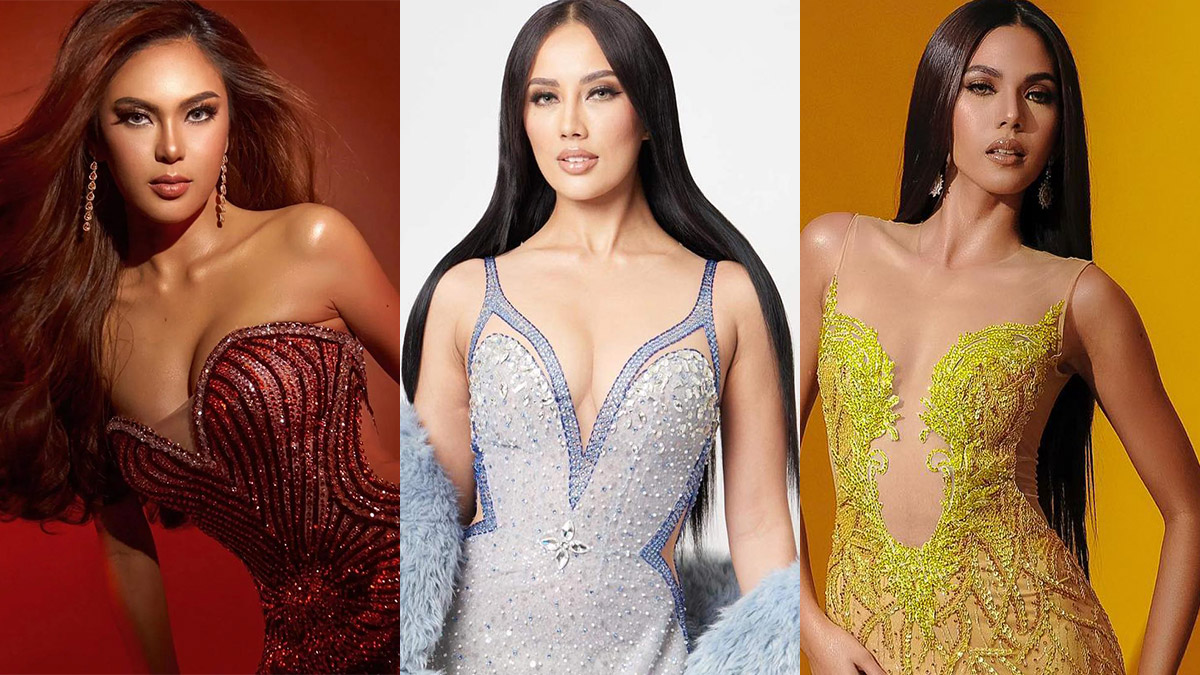 The evening gown competition has always been one of the most anticipated segments of the Binibining Pilipinas pageant.

All 40 candidates of the Binibining Pilipinas 2022 pageant did not disappoint with their evening gown choices for the pageant's grand coronation night held last Sunday, July 31, 2022.

However, only the Top 12 candidates were able to showcase their gowns at the competition. Many of the other girls rocked their evening gowns and deserve their own time in the spotlight.

Gabrielle "Gabby" Basiano, who was crowned Binibining Pilipinas Intercontinental 2022, also took home the award for Best in Evening Gown during the pageant.

Her white and gold gown was aptly called "Raya," the Hiligaynon word which means lines, as it featured golden chain lines and a modern salakot. This masterpiece was designed by Ken Batino and Jevin Salaysay.

This was a back-to-back Best in Evening Gown win for Gabby and her designers, as she also bagged the same award for her "Perla" evening gown in last year's Binibining Pilipinas 2021 pageant. 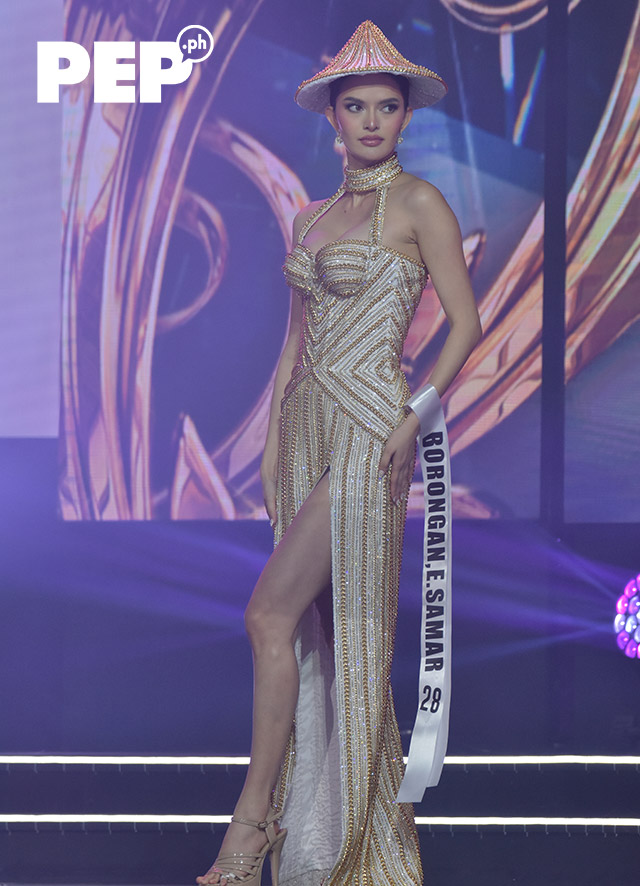 It can be challenging to walk in a form-fitting gown that does not have a slit, but Yana did it effortlessly on stage. 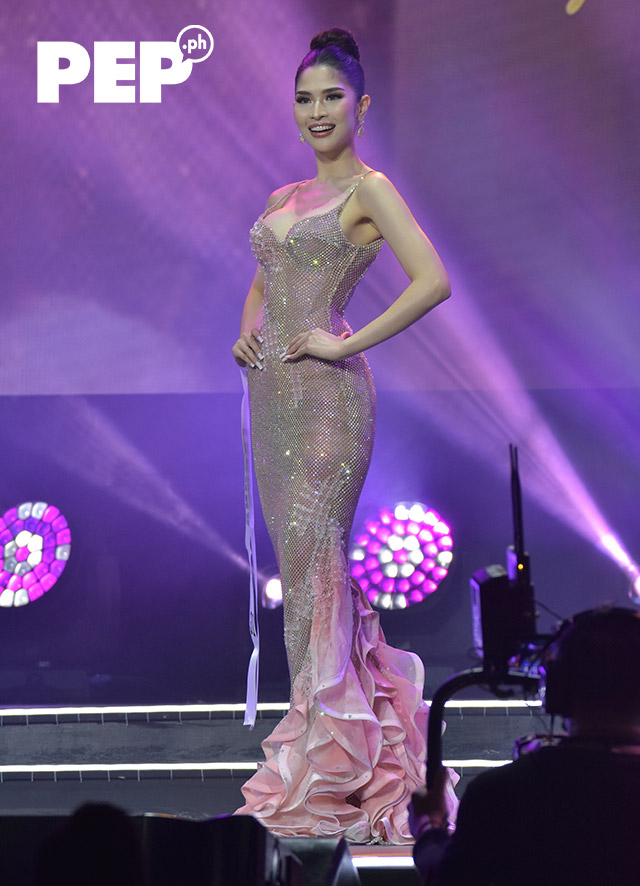 Albay's Jashmin Dimaculangan did not make the Top 12 cut, but her Harold Couture gown was really eye-catching.

Called "Pagtuga" or the Bicolano word for eruption, the gown featured details reminiscent of lava flowing from the Mayon Volcano in Albay. 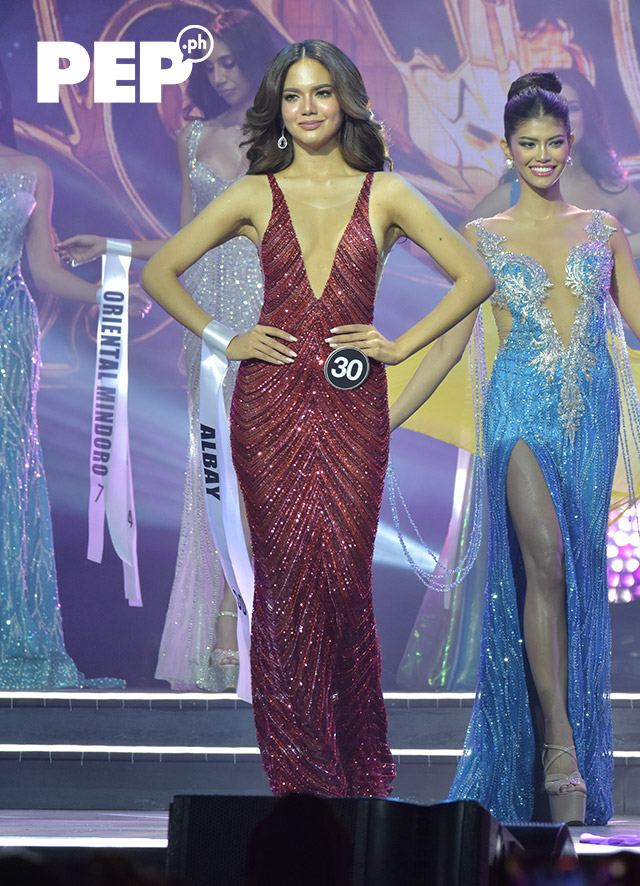 Christian Opiaza of Zambales also didn't make it to the Top 12, but her bronze glow and sexy figure was highlighted in this golden gown by Chico Estiva. 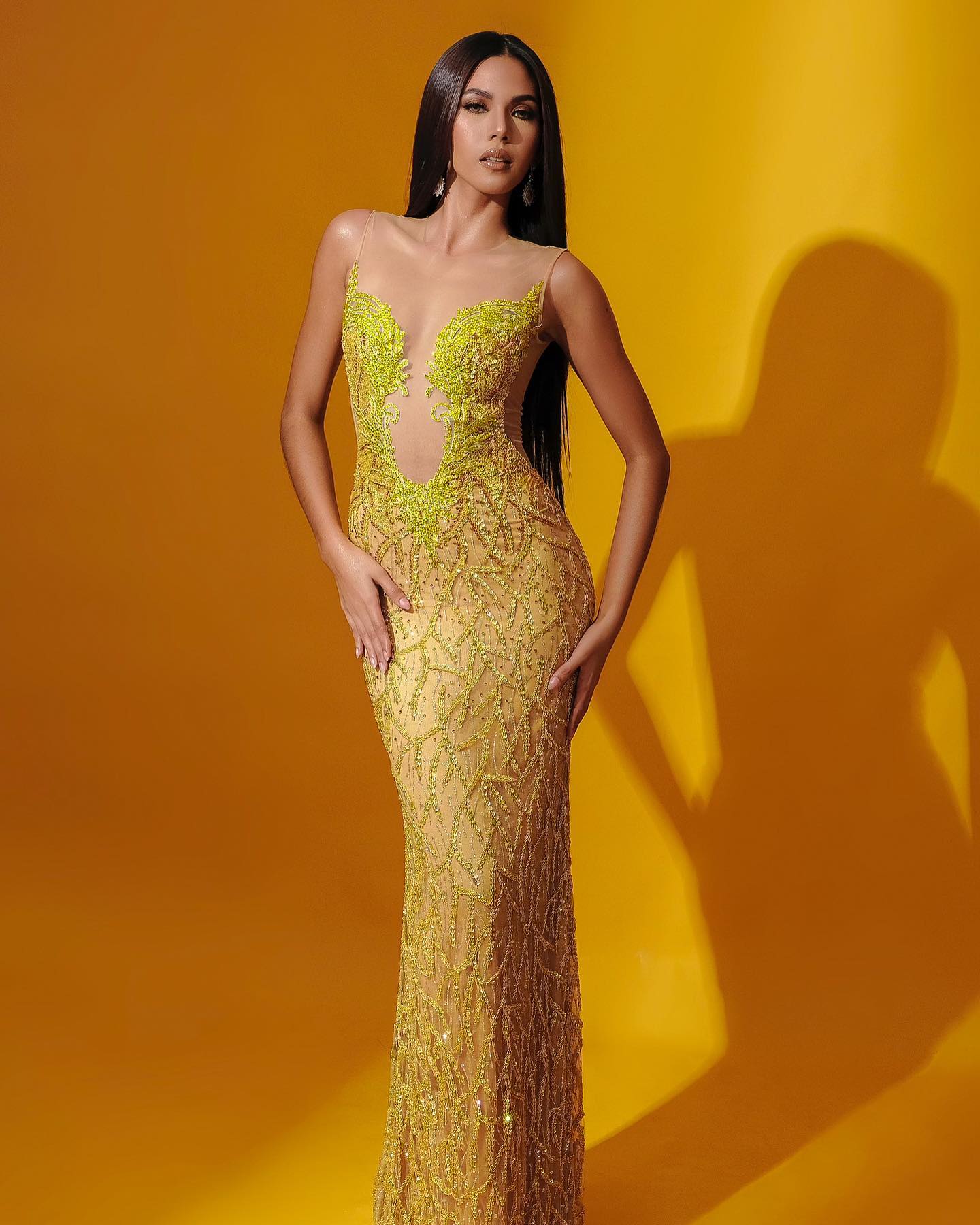 The fabric of her gown was embroidered with delicate details, and the cutouts were designed to look like the waves on the beaches of her hometown. 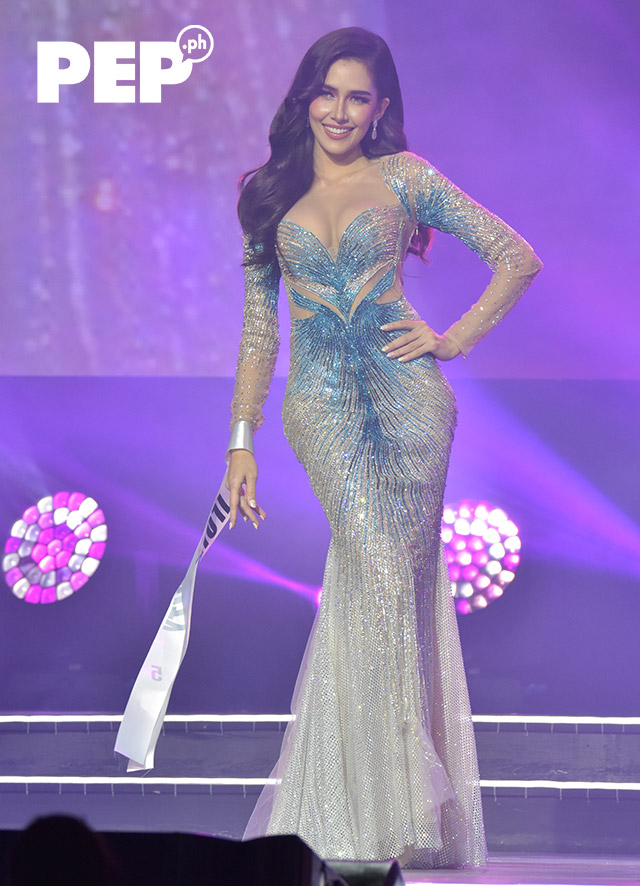 The 24-year-old flight attendant's sheer white gown was fully-embellished with beads, sequins, and crystals that sparkled as she walked on stage.

Best in Talent winner Lala Vinzon did not make the Top 12 cut but she made heads turn in her Basha Subijano evening gown.

Her strapless gown featured a sweetheart neckline and was bedazzled with colorful gemstones in a swirl pattern. 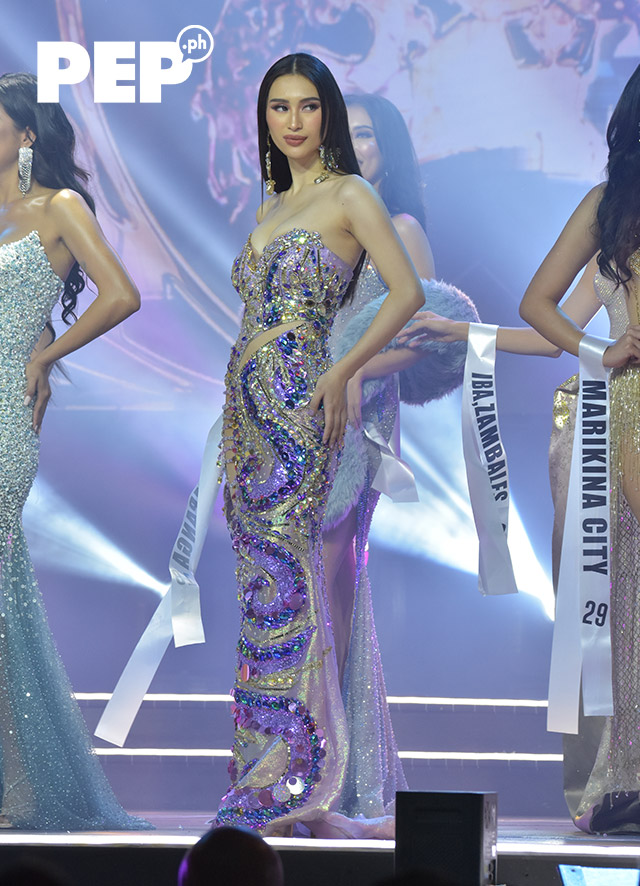 Fatima Kate Bisan of Sarangani looked like a goddess of the sea in her Garvy Molinos Terrado evening gown.

The ombre-colored gown had a sexy keyhole cutout which bared her flawless skin. The blue embroidery and embellishments also looked like water flowing down Fatima's body. 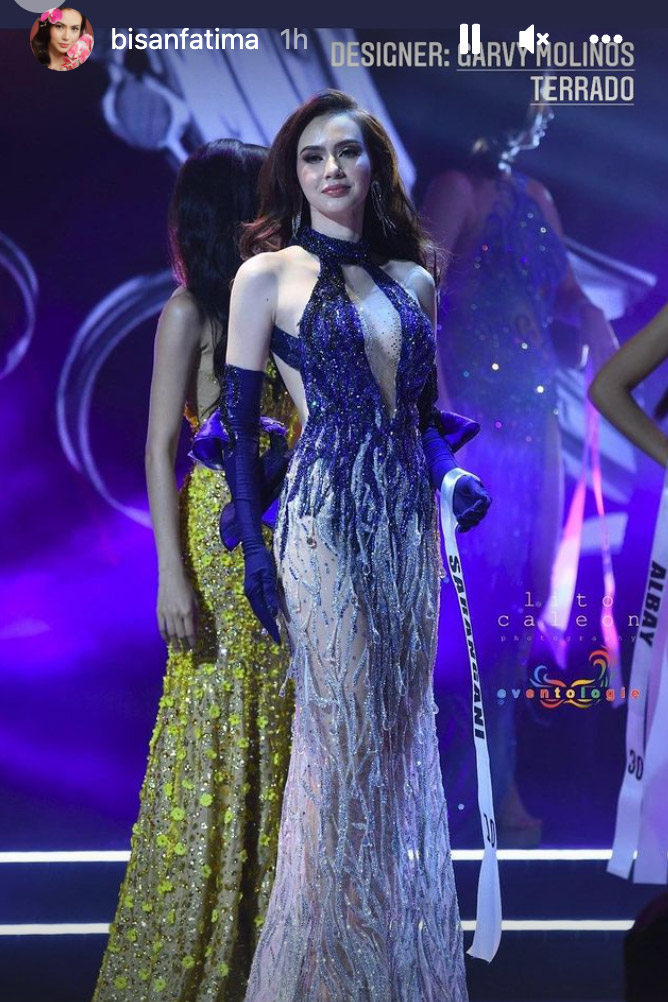 Binibining Pilipinas 2021 1st runner-up Herlene Nicole Budol was easily in the running for the Best in Evening Gown award.

Herlene wore an orange-colored gown by Rian Fernandez, who sought inspiration from her "Hipon" image since she joined showbiz.

The gown, called "Ani," had an unhusked rice pattern on its bustier as a tribute to the hardworking farmers of the country. The pattern of crystals accentuated Herlene's tiny waist. 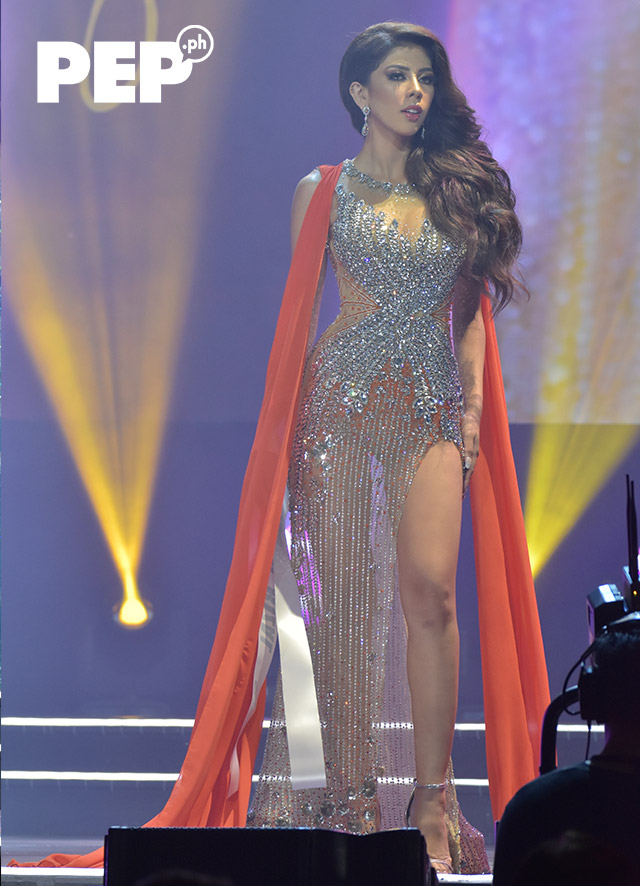 The gown also had linear patterns that tapered down to her waist, highlighting her hourglass figure. 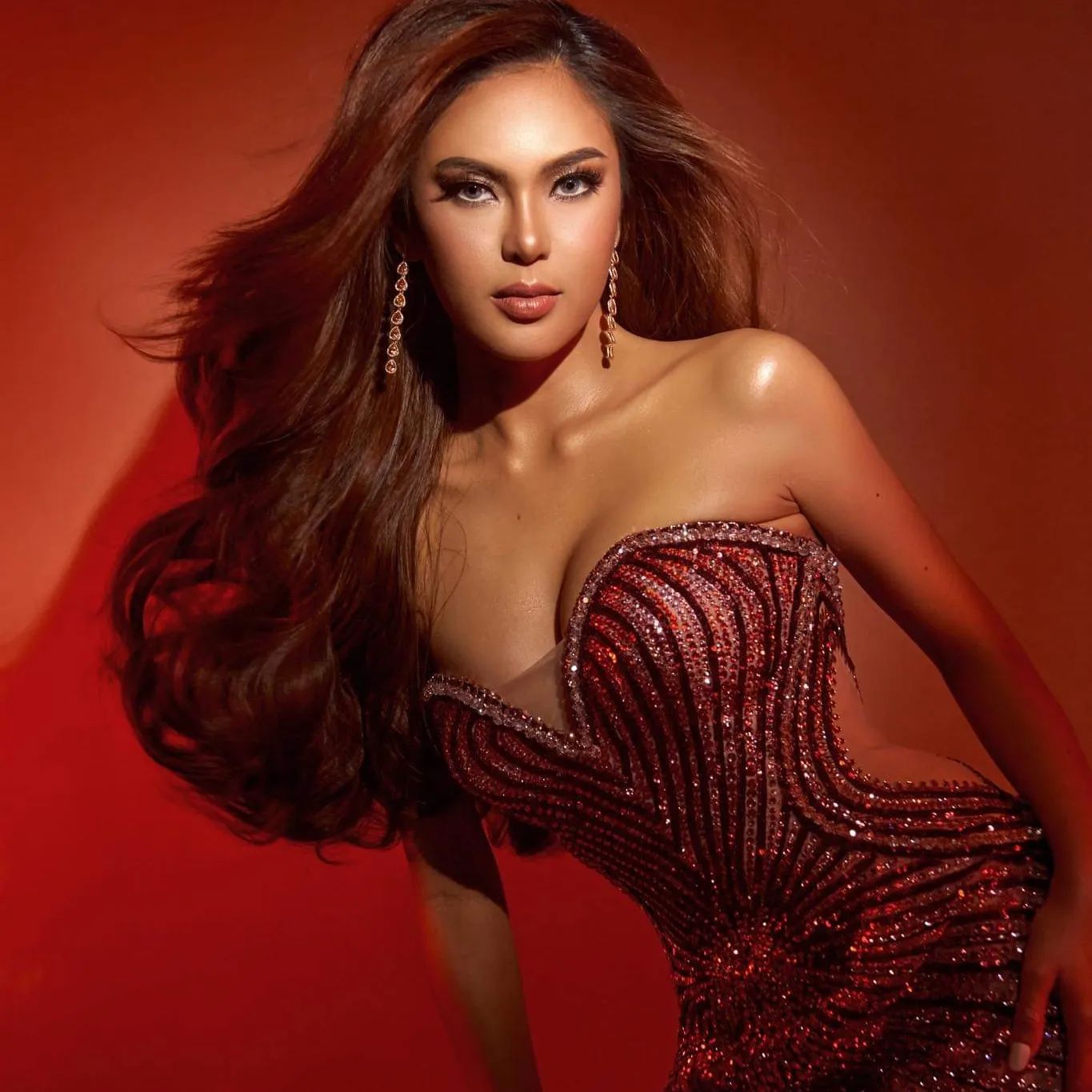 In an Instagram post, the designer said his inspiration for the gown were the wind nymphs, also known as "Tawong Lipod."

In Philippine mythology, "Tawong Lipod" are the court servants and handmaidens of the lunar gods Bulan and Haliya. 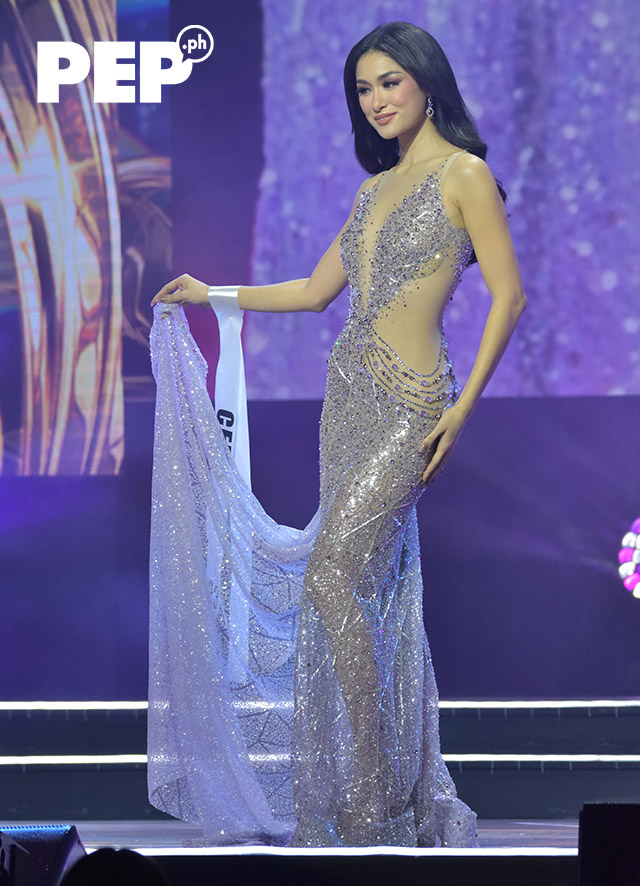 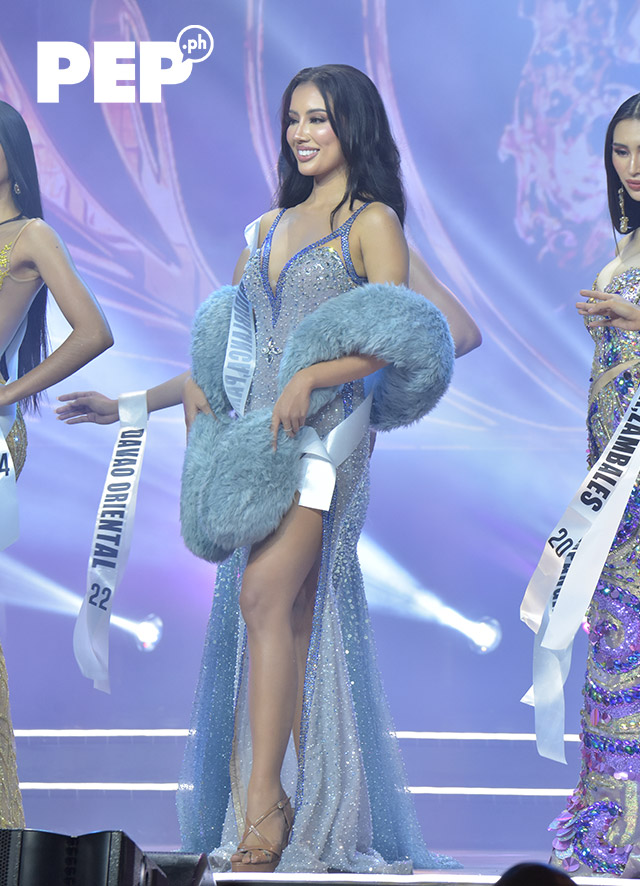 Mariella Esguerra of Marikina City went for Old Hollywood glam in her fringed gold gown, a creation of Jericho Angelo.

Her gown also had a high slit which showcased her flawless legs. 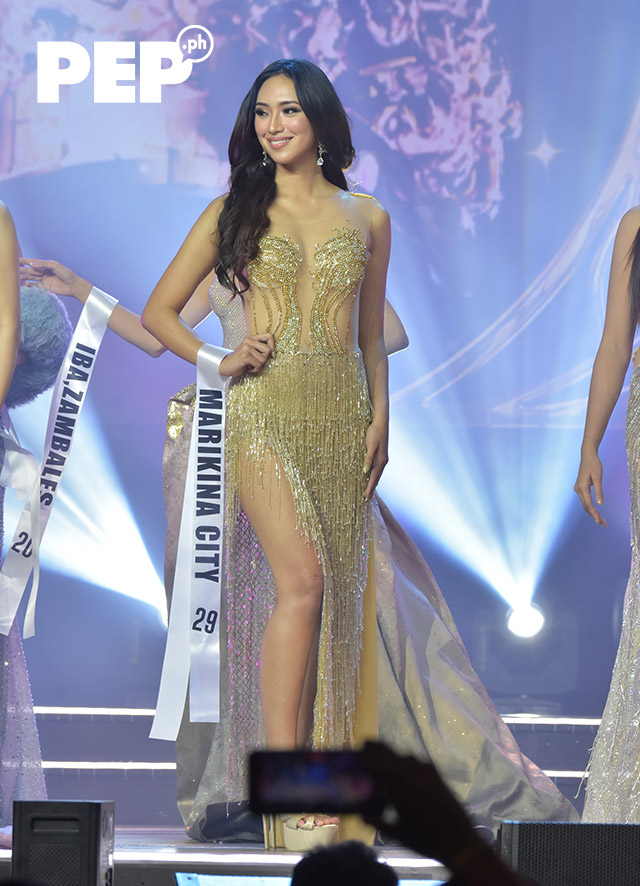 Her gown, designed by Pablo Mendez III, featured a daring midriff cutout and embellishments reminiscent of the rays of the sun. 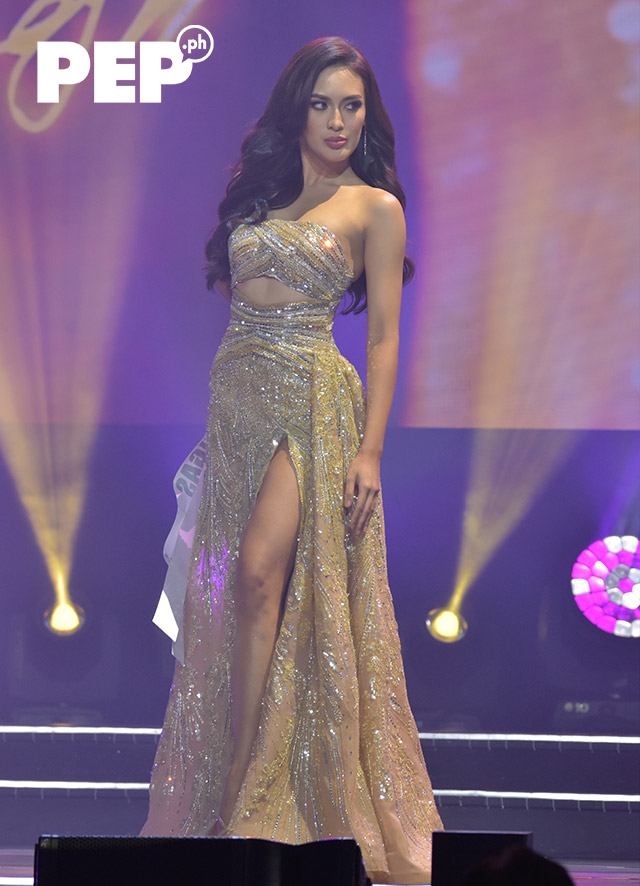 Her yellow-to-orange ombre gown was embellished with sequins, beads, and crystals from top to bottom. The designer called the gown "Takipsilim," as he sought inspiration from the country's amazing sunset views. 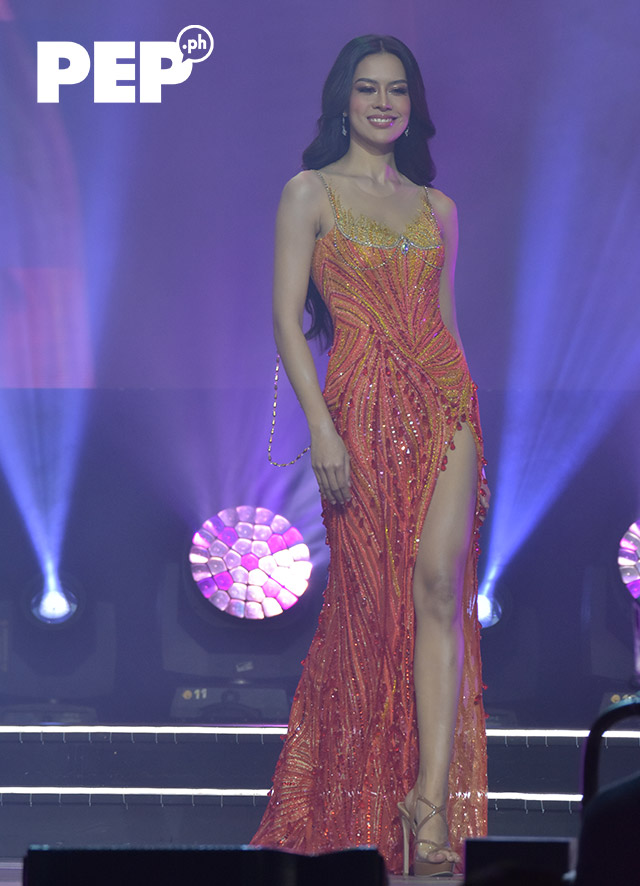