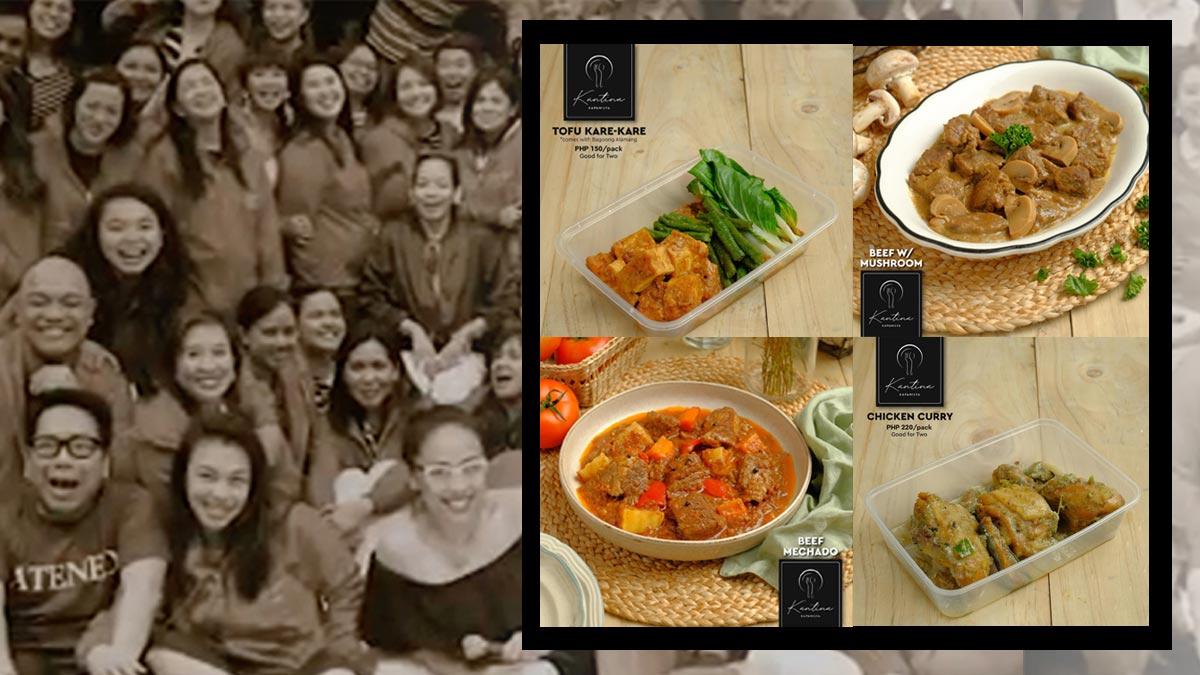 On July 10, 2020, ABS-CBN ceased its broadcast operations across the Philippines when the bid to renew its franchise, which ended on May 5, 2020, was shot down by the Lower House committee on legislative franchises.

That left a bad taste in the mouth.

Without the franchise, the Kapamilya network was forced to lay off thousands of its people at the time of pandemic, including a hardy band of Star Magic staff.

So what did they do?

Then went on to form Kantina Kapamilya, an online food store.

As the Kantina Kapamilya Facebook page shows in its video, the ex-staff see themselves as experts at finding tasty meals, having done a lot of searching—and at all hours of the day, too, including the oddest—when they were still at Star Magic.

Star Magic manages the careers of more than 200 stars, mainly from the ABS-CBN stable. It has road managers and handlers and PRs, the frontliners in star wars. They build up nobodies to become idols, they sell an image, they put out fires, and they keep their clients' stars burning.

These people had jobs that often took them, with their stars, to unique locations in the country—and even abroad—and so have had first-hand taste of various dishes from various cities and towns, provinces and regions.

Now out of managing stars and taking stock of what they'd picked up from decades of eating out everywhere and sampling all kinds of good food, they lit on the idea of setting up a budget-friendly online store.

It's a living, yes. But it's also a welcome service for everyone who's quarantined, which is most of us.

For starters, they offer classic comfort meals like Kare-Kare and Mechado in frozen or ready-to-heat packs.

Best part? Each pack is good for two people and costs no more than P250!

Check out some dishes on their menu.

Go ahead, try these! You can order from Kantina Kapamilya by sending a message to its Facebook page.