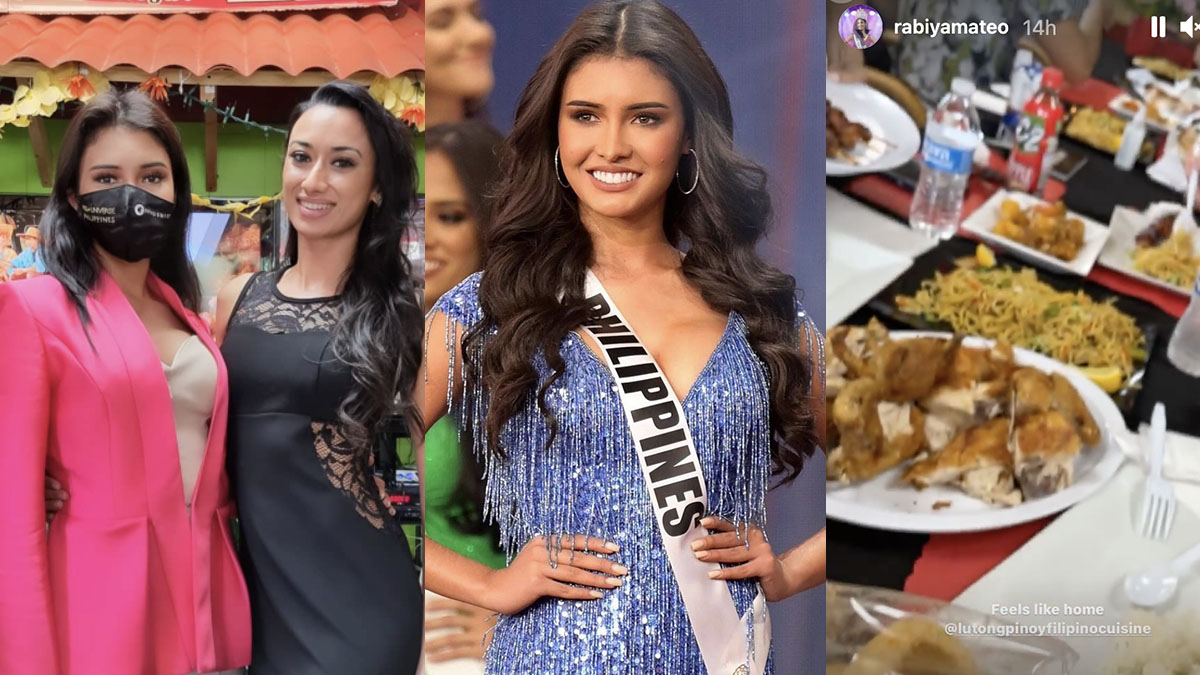 Rabiya Mateo introduced Miss Mauritius Vandana Jeetah to Filipino food, including the famous Halo-Halo, during their lunch on Monday, May 17, 2021 (May 18 in the Philippines), at Lutong Pinoy Filipino Restaurant in North Miami, Florida.
PHOTO/S: @vandana.jeetah / @rabiyamateo on Instagram

The Miss Universe 2020 is officially over.

What did Philippine bet Rabiya Mateo do after the pageant?

First, she went backstage to fix her things.

She was spotted walking hand-in-hand with Miss Thailand Amanda Obdam as they got off the stage.

During their short live stream session, Rabiya said, "This is like a start, a beautiful start for something new. And actually, it’s just gonna be one girl who’s gonna be crowned, but I know in my heart, every one of us, we are alright even without that crown."

Next, Rabiya wanted to treat herself to a good meal.

Samgyup or Samgyeopsal is a South Korean cuisine popular in the Philippines. 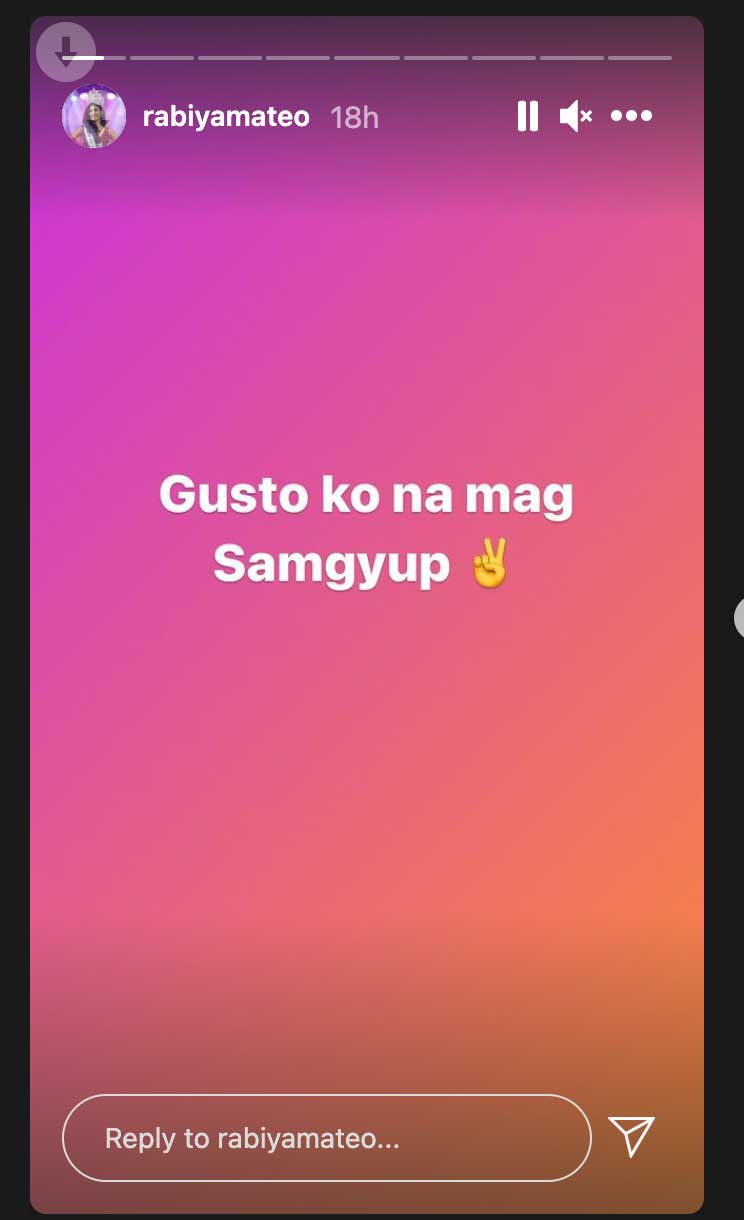 But Rabiya and her team ended up feasting on Filipino dishes at a restaurant called Lutong Pinoy Filipino Cuisine in North Miami on Monday, May 17, 2021 (May 18 in the Philippines).

Based on Instagram stories, Rabiya had Pinoy-style fried chicken, pansit, barbecue, and caldereta, among many others. 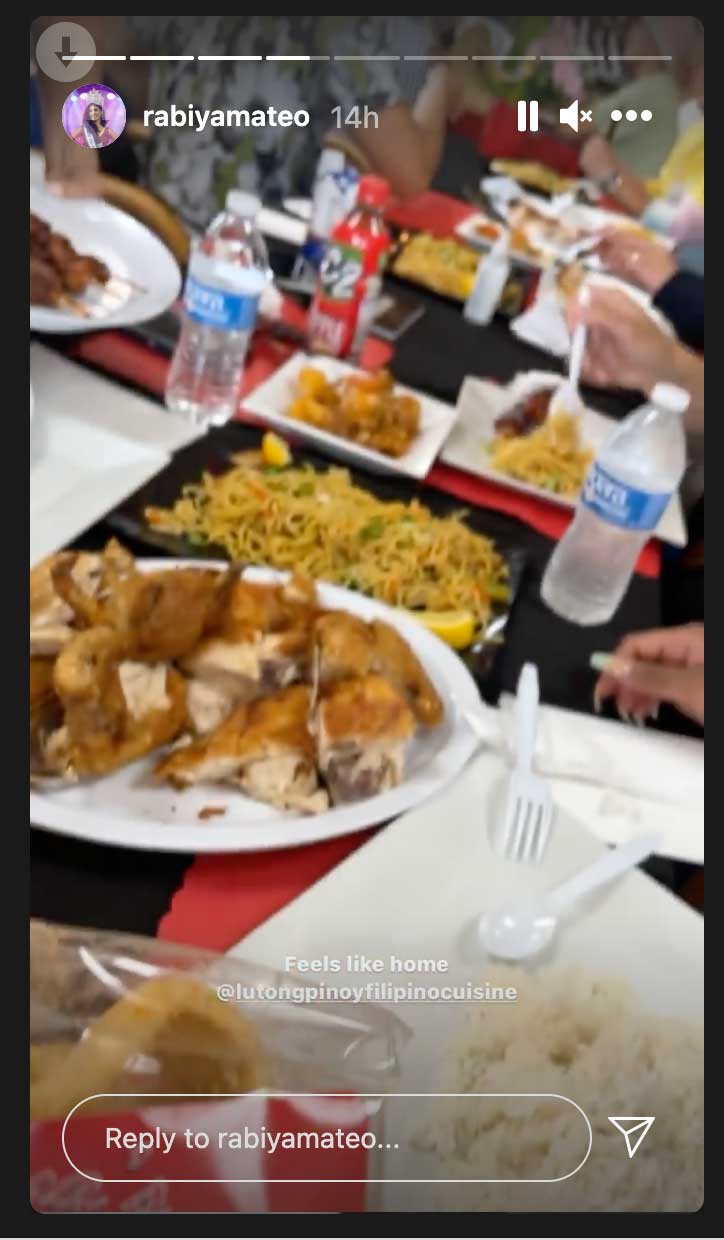 Vandana uploaded their photo on her Instagram stories, and wrote, "Aftermath of the @missuniverse competition, lunch with #MissPhilippines @rabiyamateo [heart emoji]." 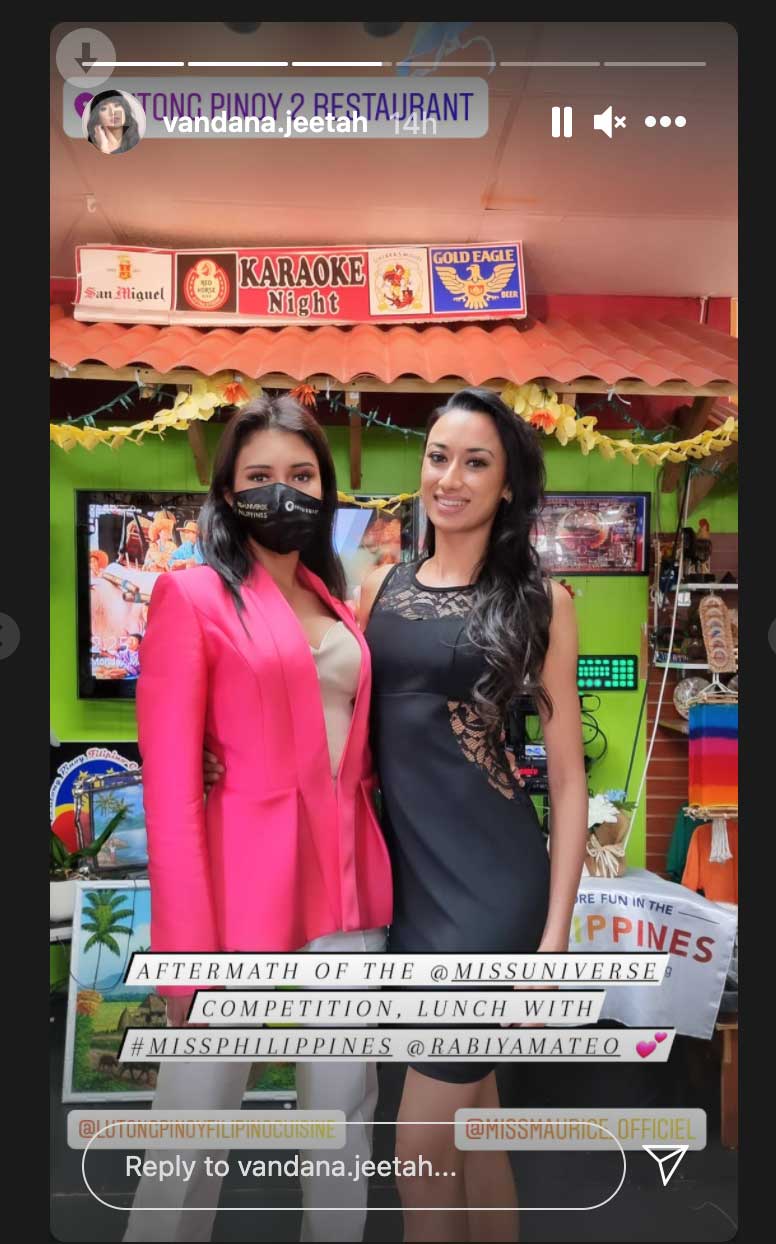 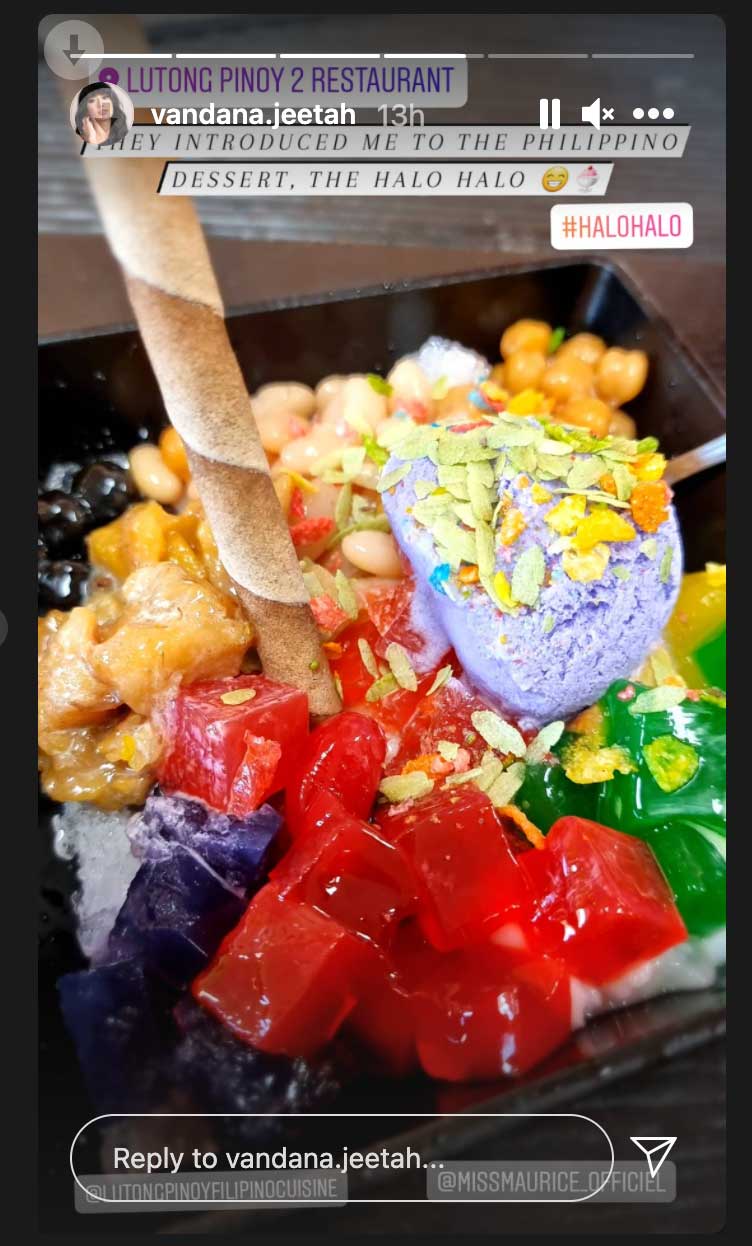 Right after their lunch, Rabiya and her team went straight to the airport for their flight back to Los Angeles, California.

Rabiya uploaded a group photo and quipped, "Lotlot and friends [peace sign] Never a dull moment with these people. #teamphilippines."

"Lotlot" is a Filipino slang word which means "talo" or defeated.

Meanwhile, Shamcey Supsup, pageant director of Miss Universe Philippines Organization, had a chat with Rabiya before the latter's flight.

On Instagram, Shamcey left inspiring words for the Ilongga beauty queen, "Have a safe flight to LA @rabiyamateo [kiss emoji] Remember, today is just the beginning of another amazing journey [heart emoji]"

Before her day ended, Rabiya shared another update on Instagram and expressed her excitement as she embarks on a new chapter in her life.

She wrote, "My Miss Universe journey has ended. I just finished one beautiful chapter. Now, I’m excited to write a new one. More blessings to receive! More people to inspire!"

Mexico's Andrea Meza won the prestigious title at the pageant's grand coronation night held on Sunday, May 16, 2021 (May 17 in the Philippines), at Seminole Hard Rock & Casino in Florida.