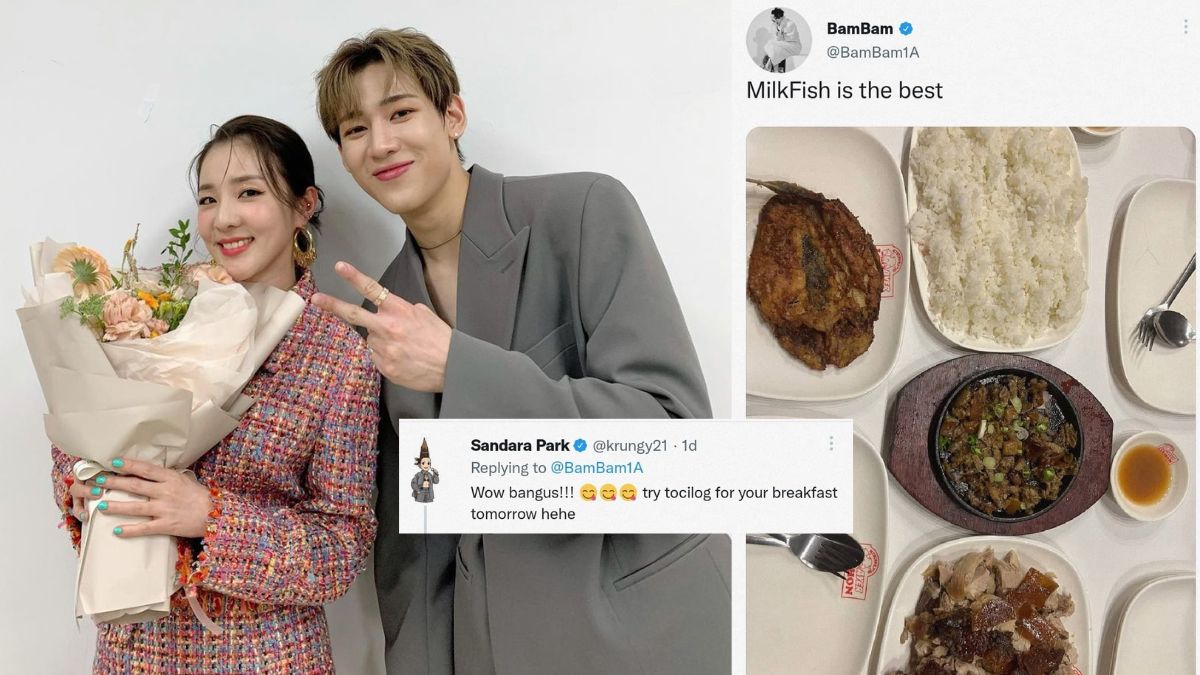 Ahead of his scheduled fan sign in Cebu City yesterday, July 26, 2022, GOT7 and K-pop soloist BamBam gave his fans a glimpse of his dinner.

As seen on his Twitter page on July 25, he had daing na bangus, sisig, and lechon.

He wrote in the caption (published as is), "Milkfish is the best." 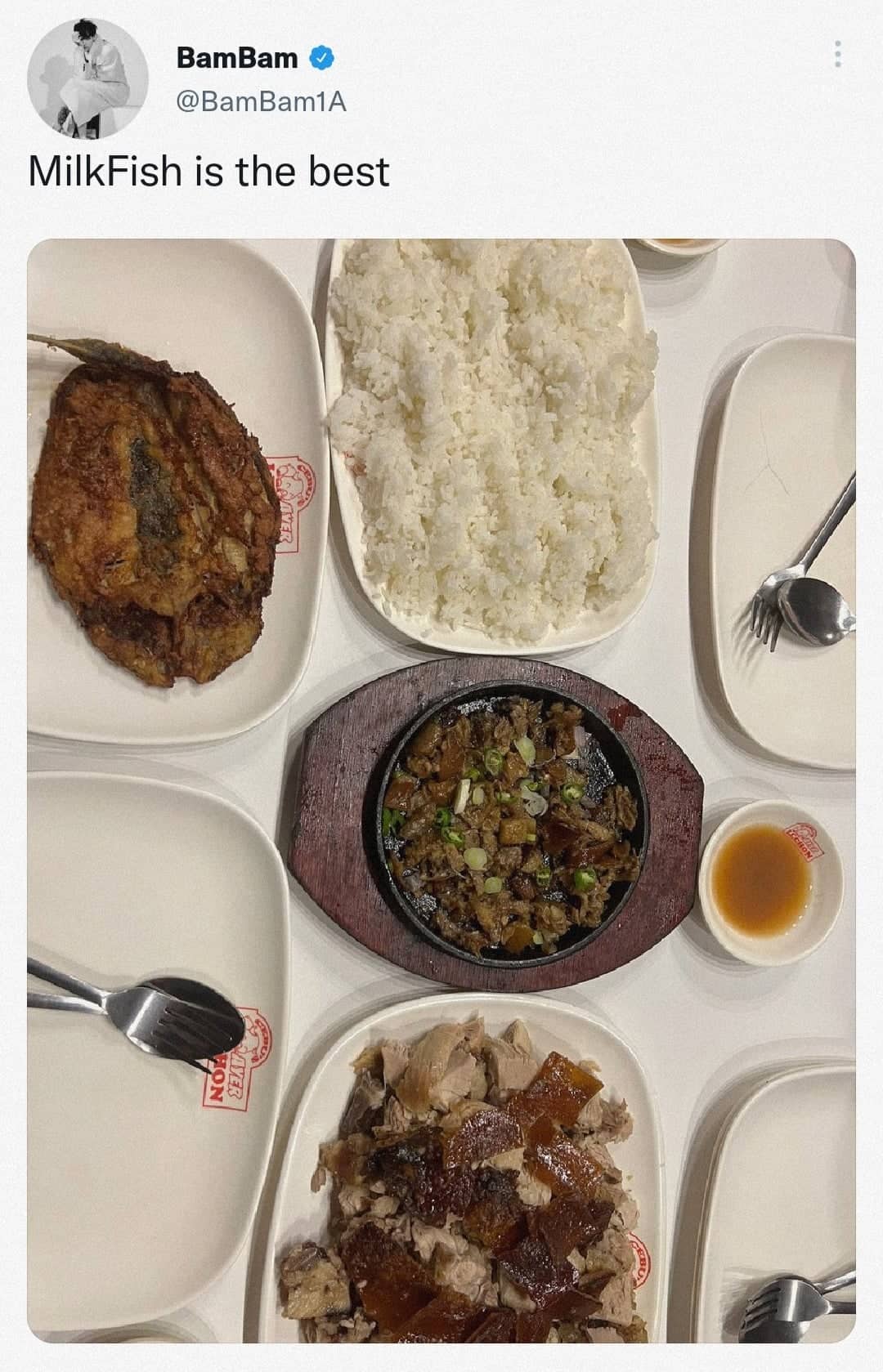 Sandara Park, a.k.a. Dara, who spent many years in the Philippines before debuting in K-pop girl group 2NE1, replied with a hearty suggestion to BamBam.

Tocilog is known to Filipinos as a meal consisting of tocino (cured pork), fried rice, and egg. It is coined from the words tocino, sinangag, and itlog.

BamBam replied back with a GIF of Snoop Dogg nodding with the text "oh fo sho." 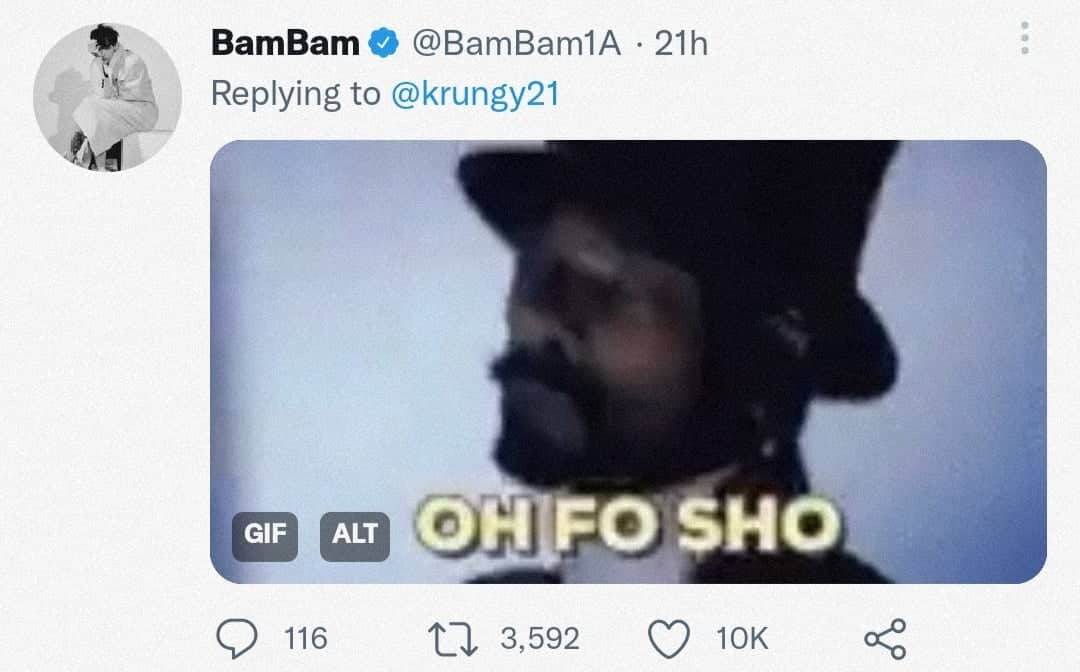 BamBam is a Thai singer best known for being a member of the K-pop boy group GOT7.

He arrived in the Philippines for a fan sign event, and is set to perform at the Mall of Asia Arena on Friday, July 29, 2022, for K-pop Marterz in Manila, alongside fellow GOT7 member Jackson Wang and boyband Treasure.

BamBam and Sandara are managed by the same label ABYSS Company in Seoul South Korea.

Sandara joined the agency in September 2021, while Bambam in March 2021