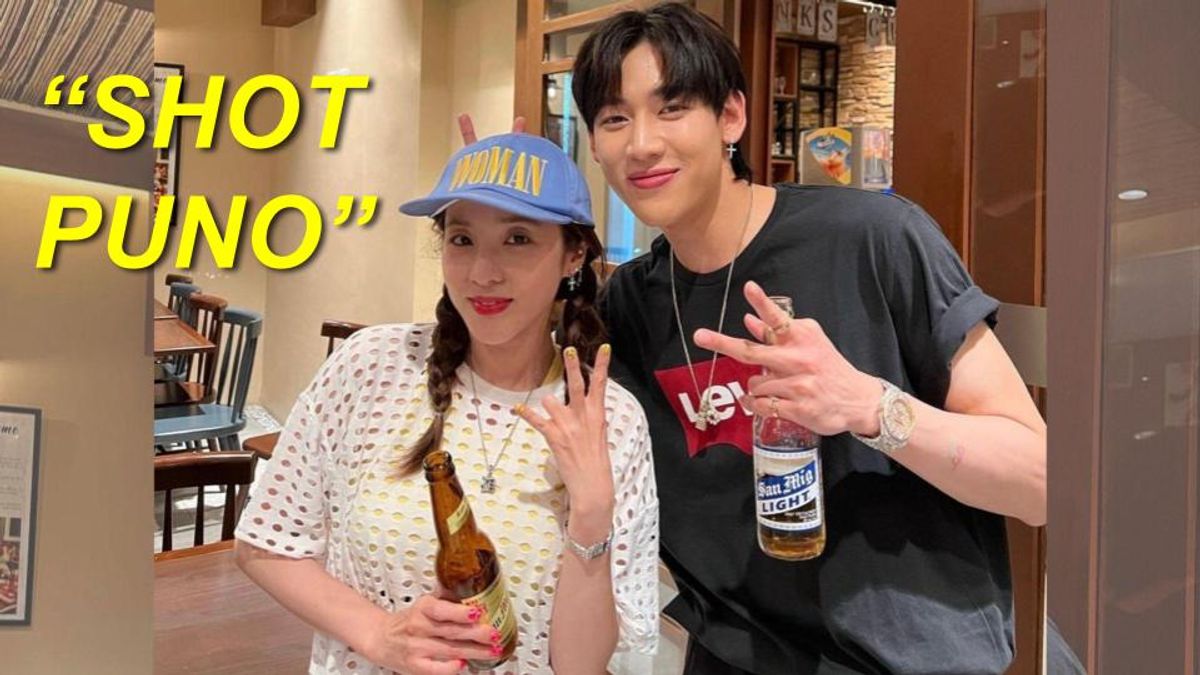 Sandara Park and Got7 member BamBam bond over food and beer
PHOTO/S: Screengrab from Instagram

Sandara Park has flown all the way from South Korea to the Philippines to bond with Got7 member BamBam over good food among avid Filipino beer drinkers.

Bambam is in Manila with co-member Jackson Wang and boy group TREASURE for the 2022 K-Pop Masterz concert on July 29, 2022.

After wrapping up his fan meetings in Cebu culminating in Manila on July 28, 2022, Bambam feasted on Filipino favorites at Gerry's Grill courtesy of fellow K-Pop artist and former 2ne1 member Sandara "Dara" Park.

The 25-year-old rapper-dancer later wrote on Instagram, "she fly all the way to buy me gerry’s grill [emoji] (shot puno)"

During the 1-on-1 meet-and-greet session afterwards, an ahgase taught Bambam the phrase "shot puno," a Filipino drinking cheer that means 'bottoms up.'

The K-Pop idol did as instructed with the crowd cheering and chanting the phrase with him. which he used it in his post's caption.

BamBam, who has always been known among ahgases (Got7 fanbase) to prefer beer over soju, was sighted smiling from ear to ear while holding a bottle of San Miguel beer and enjoying the company of Sandara.

He gave his audience at the restaurant a laugh when he revealed that one of his pre-show rituals to get the nerves off was to drink a little bit of tequila.

Trust Dara, as always, to introduce bits and pieces of Filipino culture to her idol pals.

Both members of the same entertainment agency, ABYSS Company, BamBam and Dara have developed a sibling-like relationship.

Dara also published his post on her IG stories with the caption: "My little brother Bambam!!![emoji]"

A day after arriving in the Philippines, the K-pop star posted on Twitter a photo of his Filipino breakfast that included sisig and lechon.

He wrote in the caption, "MilkFish is the best."

Even during his fan meet in Manila, BamBam reiterated his love for bangus.

What other Filipino food should Dara introduce to BamBam next?