Is this the next chapter in Coco Martin's career? 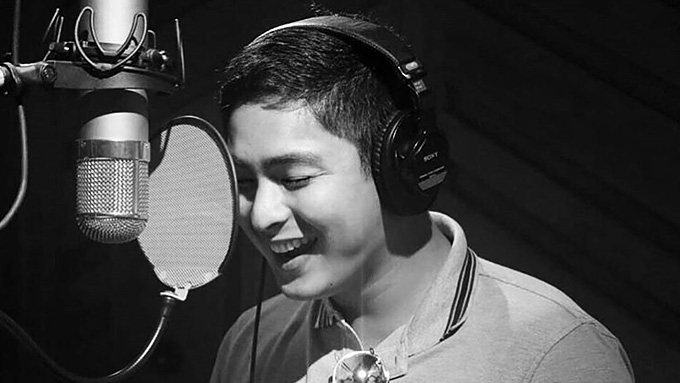 Coco Martin was only nine when he landed his first job.

He was tasked to collect payments for his paternal grandmother's informal lending business, which allowed him to learn and navigate the busy streets of Manila. A self-confessed "laking-kalye," Coco found ways to earn money to help his Lola Matilde, from whom he learned his enterprising ways.

While in college, he auditioned for roles in TV commercials. After graduating with a degree in hotel and restaurant management, he took on various jobs—as a waiter, promodizer, and ad model.

He applied the same gung-ho attitude when he started acting in indie films. When he got cast in Brilliante Mendoza's Masahista, he didn't fully understand the sensitivity of the role; he was merely focused on the fact that it had potential to compete in international film festivals.

While fixing requirements for a job as a casino waiter in Rizal, Coco received a call from Direk Brilliante. The director wanted to cast him in Tirador, and Coco agreed.

This would be the start of Coco's winning streak: He eventually had a steady stream of indie projects, sometimes filming up to four movies in one month.

Coco eventually crossed over to mainstream television, getting his big break on the primetime serye Tayong Dalawa. Hit movies then followed, and Coco transformed into a matinee idol and now, a bankable action star.

His hit series Ang Probinsyano is two months shy of celebrating its third year on the air, a feat almost unheard of in this showbiz climate where a show can be canceled after only a few weeks.

And last year, Coco made his directorial debut via the Metro Manila Film Festival entry Ang Panday, which he also produced, co-wrote, and starred in.

His hard work and perseverance are paying off, but the actor isn't resting on his laurels. He has gone through more kinds of jobs than he could count, represented Filipino talent in many countries around the world, and has played different roles over the years.

Coco used to be shy performing onstage but has since learned to overcome it to bring joy to his supporters.

This July, Coco released a song that speaks of Pinoys' diskarte, not to mention their intelligence and bravery. It also talks about the grit and perseverance present in them and how together they can reach greater heights.

Coco's life story captures the meaning of this song, entitled "Ating Tagumpay." He has gone from "laking-kalye" to one of the biggest Pinoy stars of this generation, thanks to these qualities that he embodies and are found in the lyrics: diskarte, sipag, and tiyaga.

While he has achieved success because of his own hard work, Coco couldn't have done it alone. From his Lola Matilde to notable filmmakers and his loyal fans, other people have helped him rise to the top. When Coco sings "Ating Tagumpay," he may very well be referring to sharing his triumph with them.

If Coco asks his fellow Pinoys to help each other, many will surely listen to him sing these lyrics: "Malayo na'ng inabot / ng iyong diskarte't galing / at kung sabay ang paglakbay / tiyak ang ating tagumpay." He's proof that success needs not only your own talents and efforts but also of others.

This article was created by Summit Storylabs in partnership with Brand .
Shop the items in this story!