Did you know that the Star for All Seasons makes sure she has fiber in her diet?
Jun 10, 2022
CREATED WITH Quaker Oats 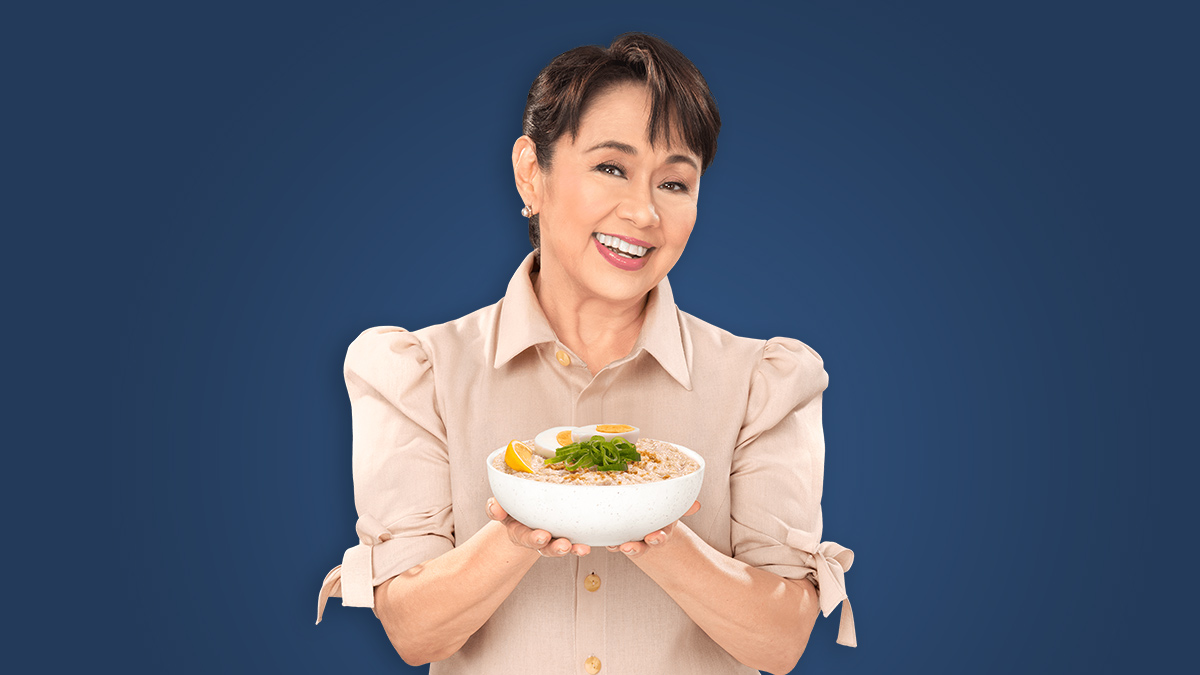 Few celebs are as timeless as Vilma Santos. With a career spanning more than five decades, the Star for All Seasons is the Philippines’ gold standard for longevity in showbiz. And to make things even more impressive, she looks just as vibrant and dynamic today as she did at the peak of her acting career.

The actress and politician makes sure that her diet keeps her healthy without being too restrictive. To her, eating healthy isn’t about making some foods “bawal,” but about watching your portions.

“While I strive to eat healthy, alam ninyo ba that I usually eat anything? But I always do so in moderation,” she says.

And if there’s one food that’s always been part of her diet, it’s the fiber-rich super grain, Quaker Oats.

According to Vilma, oatmeal has been her breakfast staple ever since she was a kid, and it’s an important part of the breakfast meals she shares with her family on days when they aren’t so busy.

Her love of oats is also something she’s passed down to her own kids — her son Luis, in fact, says Quaker Oats is an easy and delicious ingredient he adds to his daily meals.

Indeed, oatmeal is a good source of fiber as it has 7x more fiber than long-grain white rice. With proper diet and exercise, this super grain also aids digestion and helps ease constipation.

Vilma likes to start her day with Quaker Oats as every bowl of 35-40 grams of oats helps power up her day, together with a balanced diet and an active lifestyle. She usually enjoys it the classic way, with milk and either brown sugar or coco sugar for sweetness.

However, every now and then, she’ll try out various recipes or experiment with making her own. “I also like to have some toasted rolled oats drizzled with honey on my Greek yogurt,” Vilma says.

When asked how to make it, she happily shares the recipe. She’s quick to add, though, that it’s not a professional one and that she usually does the “tancha-tancha” route with the measurements. If you want to give it a try, just follow these steps:

While she usually enjoys these toasted oats on Greek yogurt, Vilma says she sometimes snacks on them on their own. “You can add dried fruits and toasted nuts, too, if you want,” she adds.

The sweetness of the honey, along with the slight kick of cinnamon, makes it a delicious treat for any time of day.

Another thing that Vilma swears by is her fitness regimen. She stays active with a daily workout routine, exercising for at least one hour every day. “Exercise has always been a part of my life,” she says. “I do some spinning, Zumba, Taebo, and lift weights.”

Vilma Santos is a stellar example of how to stay at your very best, even in the prime of your life. With regular exercise and a proper diet — which in Vilma’s case includes her daily bowl of Quaker Oats — you could also enjoy feeling your best. Take it from the Star for All Seasons herself!

Learn more about how Quaker Oats at the official Quaker Oats Philippines website. For updates, follow the brand on Facebook. Stock up on Quaker Oats via Shopee.

This article was created by Summit Storylabs in partnership with Quaker Oats.
Shop the items in this story!
Follow Quaker Oats
Website
https://quakeroats.ph/