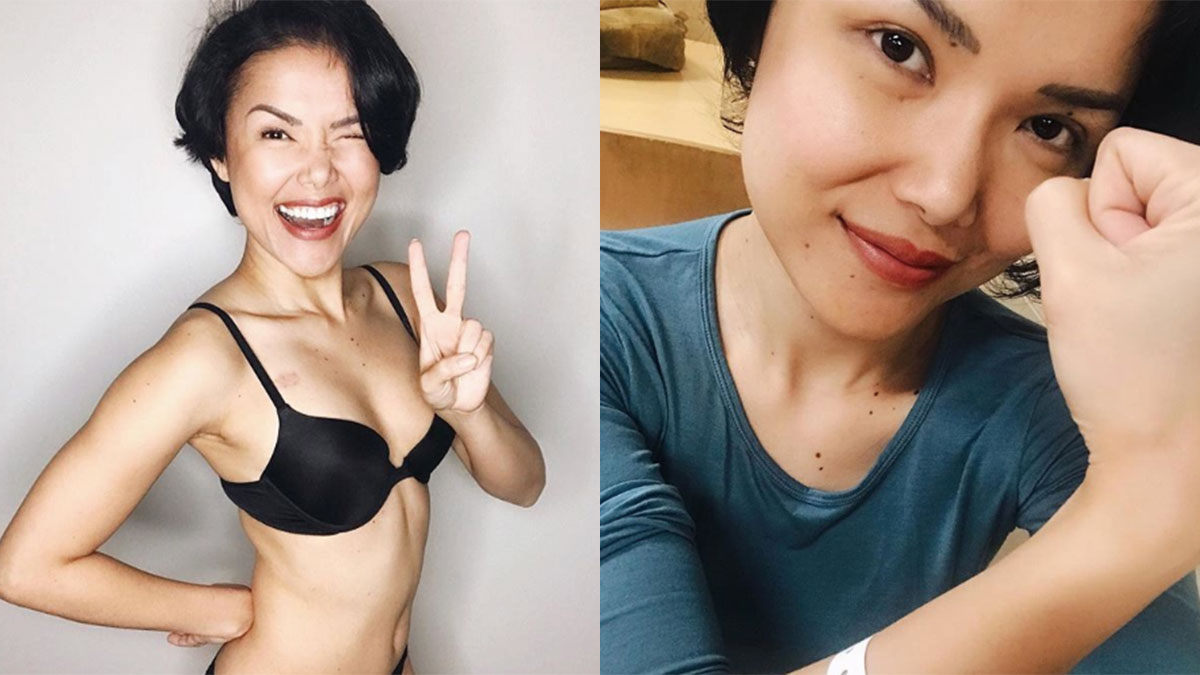 Jaymee Joaquin revealed that her breast cancer has recurred.

She wrote, "Dear Social Media: I’ve been mustering the courage and finding the right words to say what I’m gonna say but I guess there’s no easy way to go about this so here goes... It’s confirmed.

"The cancer has come back. I don't want to disclose specific info right now but one thing's for sure... the recurrence was detected super early, and medical team are still doing more tests to make sure all bases are covered."

She also assured her followers that the cancer is "highly treatable with hormonal therapy."

"What I have is highly treatable with hormonal therapy and very manageable which means I can live many more years and there’s still a lot of HOPE to WIN over this.

Jaymee also told her followers that she take a hiatus from social media.

She continued, "For now, all I ask is your continuous virtual support, healing prayers, well wishes and hopeful outlook as I embark on this uncertain yet awakening journey.

"I’ve also decided to lie low on social media for now because I choose to cope with everything in an organic way by truly living and appreciating life as it unfolds right before my very eyes and surround myself physically with people who love and care for me.

"I will come around when my cup is filled and I’m ready to inspire, uplift and empower once again. But for now, I need to take care of me and do a lot of praying and meditating.

"This is gonna be an epic battle. And with God’s grace, my medical team, my loved ones and your support, I’m a WIN the second time around. Let’s keep the faith and hope for the best. #jaymeewinsagain #letswinagain #thirdchancetolife"

Seven days before she broke the news, Jaymee wrote her body a letter, which she posted on Instagram.

She wrote, "Dear Body: I have loved and taken cared of you in the best of my ability all these years. My dedication and commitment to do so strongly remains. Please continue serving me by being a healthy physical vessel for my soul for we are not done with our mission yet. I beg of you... don’t give up on me because I will never give up on loving and taking care of you. Ever. You and me will keep WINNING with God until the very end."

On March 13, Jaymee first opened up about her visits to the doctor as she went through medical tests.

She captioned, "Today, I’ve been driving myself to different hospitals and running from one exam room to the next. I’ve been scanned, squeezed and poked several times.

"In between, I was crying, cursing, pep talking myself, singing out loud, praying and breathing. I am currently under the mercy of my doctors’ orders but I have faith that I am being directed towards safety and healing.

"It’s only a matter of time until I know what the real deal is but in spite all the uncertainty and surrealness, I leave it all to the Creator. He’s got me. We got this. Asking for your continuous prayers and virtual support. Let’s keep WINNING. #faithoverfear"

It was in October 2016 when Jaymee was diagnosed with Stage 2A breast cancer.

After going through chemotherapy, lumpectomy, and radiation treatment, Jaymee became cancer-free on September 2017.

In 2010, she decided to leave show business to travel, and pursue other careers.