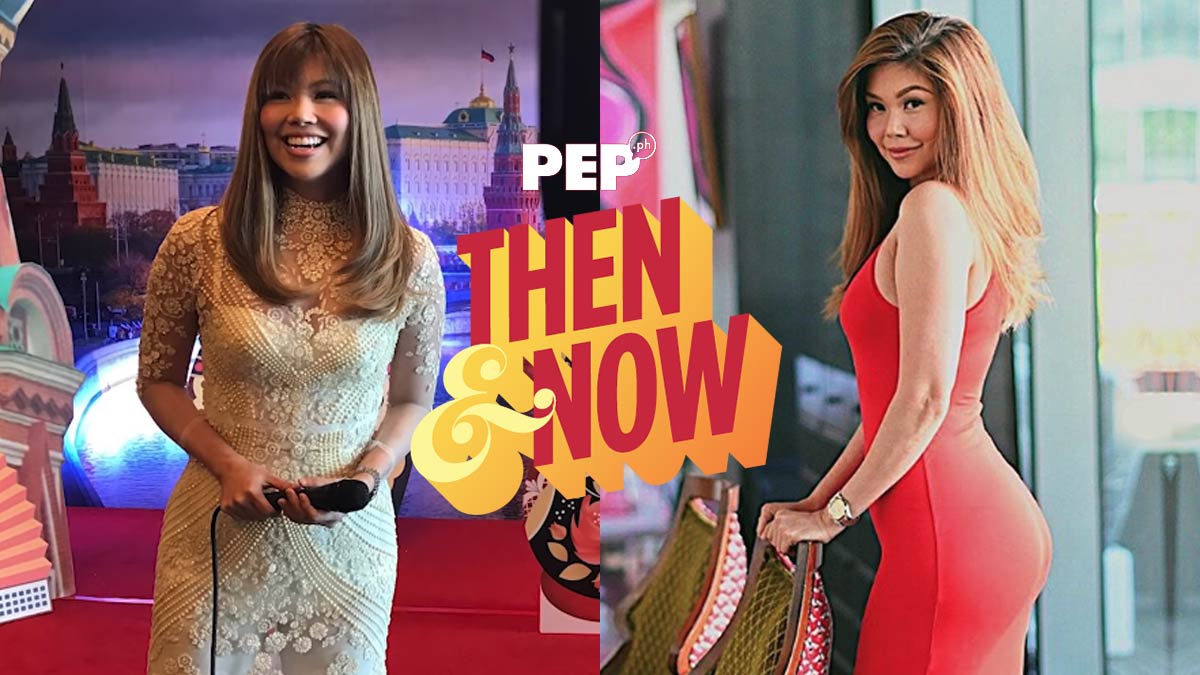 A former runway model, she had this notion that being "skinny" or a size "zero" was the ideal body type.

Bianca talked about this in her March 2019 vlog that recalled her modeling years.

"At that time, I was working out and I was barely eating. But you know, I make it work. For many years, that was how I always was..."

But look at her now. Her size is alright, and she is, in fact, looking fit, healthy, and sexy.

Bianca gained weight a bit much and chose to start going to the gym in March 2018 to shed the extra pounds.

She needed to lose weight fast because there was work waiting for her as a lifestyle host, and working out is a long process.

This was when Bianca considered taking Dr. Vicki Belo's offer to undergo liposuction, which happened on August 13, 2018.

Bianca filmed a part of that day for her vlog, showing some of the preparations that took place that day.

She said, "I just want to show you guys that everyday people like me, like you, we all have our own insecurities.

"And rather than try to make people bad about them, we're going to try to support each other.

"Hopefully, sharing this journey with you guys will show you that it's okay to ask for help, it's okay to want to take care of yourself even if it comes to vanity.

"There's nothing wrong with wanting to look good.

"There's nothing wrong with wanting to enhance what you have for as long as you're not harming anyone, you're not causing any real damage to yourself, then everyone is happy."

A week after her surgery, Bianca traveled around Japan.

She did her first hosting job three weeks after the surgery.

Seeing her waistline shrink from 28 inches to 24 inches, Bianca felt a rush of newfound confidence taking over her.

Nearly five months after the surgery, the lifestyle host mustered enough courage to don a provocative swimsuit in Bali, Indonesia.

Her revealing red swimsuit accentuated her curves and bared her small surgery scars.

She related, "I'm not just talking physically, but even spiritually to a whole new level. Now that I can see how amazing my body could look, it's almost like a reminder like, 'Hey Bianca, you have something to take care of. And now, do it not just for the physical but do it for just your whole being.'

"I never thought that plastic surgery or liposuction could do that for a person.

"I always thought it was something so aesthetic, which it is.

"I always thought it was something so babaw, so shallow, but here I am actually conquering my fears, wearing swimwear in the open, in a foreign country and I'm sharing with you guys.

"Showing all my scars and, guess what, I have cellulite!

"And then, the thing is, the one thing that I didn't expect to happen from liposuction...

"You know, there is a physical change for sure. And that was what I was expecting and that was exactly what I got.

"And then because you're in this trance of depression and anxiety, you don't notice the physicality. You just feel the depth of your soul and it's just hurting.

"You don't notice the outside because you're so deep inside on the inside. And then I guess I was just more concerned about losing the inches in my body, so I can get to work again. But then this transformation from within... and I think it showed little by little in the events I was doing."

BIANCA GETTING OVER A TRAGEDY

Bianca's fitness journey was, indeed, the consequence of a tragedy.

The lifestyle host recounted in her vlog."I lost my one and only brother so suddenly. There was no closure.

"Because of it, I emotionally ate. I ate away all my feelings, and I had ballooned from a small to a large. It's a lot."

Bianca gained 30 pounds within the year, but she didn't notice the weight gain.

She continued, "I guess when you are so depressed, you don't really notice.

"And then one day, it's kinda of like you just kind of wake up, and then you realize, 'Wow, I'm f*cking fat.'

"And I know for a lot of people, fat is a very subjective thing. It's quite relative.

"But again, for the work that I do... Guys, no matter what size you are, going up three sizes is pretty alarming.

Bianca is also aware that some people may say that she was not even "that fat."

But the lifestyle host-vlogger argued that it was more than just the physical aspect of it.

She said, "The thing is, if you are overweight, whether it be a little or a lot, it still dampens your self-confidence...

"Maybe I was not obsesely big, but I was certainly the biggest I've ever been in my life, and it was a humbling experience."

BIANCA ON DOING WHAT MAKES YOU HAPPY

At the official launch of the Belo 360-degree liposuction procedure in June 2019, Bianca reflected on her weight loss journey so far and realized how it is also a journey of self-love.

Knowing how judgmental people can become toward people who undergo plastic surgery, Bianca chose to put some perspective on it.

She said, "I thought, what's greater? Me fearing people saying bad things about me? Or giving hope to people and giving them permission to let them know it's okay to do this for you?

"Not everyone is going to understand it, but what gives you joy, what gives you peace—if it helps you function as a better person in your community as a mom, as a friend, then I'm all for it...

"So, in the end, what would you rather have, di ba? At least maganda ako, idya-judge ako."

Both Bianca and Dra. Vicki Belo underlined that liposuction is not the solution to weight loss.

Those who undergo liposuction still need to work out and diet properly.

Bianca said, "I think it's just so unfortunate that so many patients blame doktora kasi tumaba daw ulit sila.

"They just get halfway through the battle and the rest is up to you.

"I work out three to four times a week with my trainer. I really try to eat healthy.

"I mean losing weight is hard. Getting the lipo is also hard because you don't want people to say bad things about you. But maintaining is also hard, so just pick your hard, di ba?

"So, I would rather that stressed ako, pero ang ganda naman ng katawan ko, di ba?"

In terms of mental health, Bianca also said that liposuction is not a solution.

But it has helped lessen the load she feels.

"But now, when I look at the mirror, I like what I see. And it motivates me to get better, not just mentally, but physically as well.

"And I never would have thought that liposuction could do that. You can fake confidence and I don't have to anymore because of this."